Do not humiliate Ruto too much

For all intents and purposes, he is a beaten man, whose plans have failed miserably.

• It is always best not to be too hard on a man who has gambled big and lost.

• His fortunes may yet turn. You may yet need him. 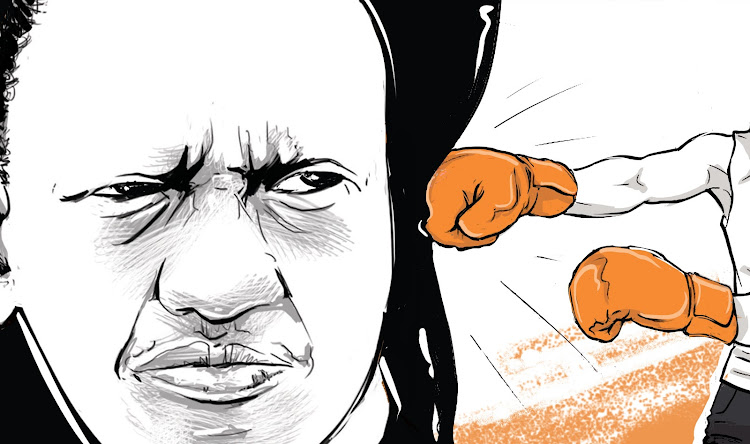 Do not humiliate Ruto too much
Image: OZONE

This news headline appeared in The Star earlier this month: “Pressure mounts on Lusaka to unseat Governor Wangamati”

Also of interest is that the effort to have Lusaka return to his Western Kenya base and run for governor is being led by none other than Senator Moses Wetang'ula, the Ford-Kenya party leader who played a central role in his eviction from the governorship.

And speaking of evictions, Governor Wangamati has admitted that he was the “chief architect and financier” of an attempt made in May last year to remove Senator Wetang’ula as Ford-K party leader.

There is a lesson in this, and the British historian AJP Taylor expressed it most succinctly: “The impossible is what men get from events”.

Much the same pattern applies at the level of presidential elections.

In late January 2018, former Prime Minister Raila Odinga was “sworn in” as “the People’s President” in a ceremony attended by a large and delirious crowd of his supporters, in what was to have been the launch of a project of succession that would divide Kenya into two independent states.

What could have seemed more impossible on that day than that Raila would in time open a new chapter of close cooperation with President Uhuru Kenyatta? Or that the collaboration between the two would include an aspiration towards constitutional changes designed to make it impossible for any serious attempt at succession to ever be made by a losing presidential candidate?

But then, the impossible is what men get from events.

Now turning to more recent times, there is a lesson here too for the President and his inner circle of advisers. And it concerns Deputy President William Ruto.

The general trends in politics over recent months have not been very kind to Ruto. Just about every by-election — and there have been more than the usual number at this time of the Covid-19 pandemic — has been judged to be a political contest between Ruto and the president’s men, buttressed by Raila.

It started off well enough for Ruto with the victory of “his candidate” Feisal Badar, who ran as an independent in the Msambweni by-election and defeated Raila’s ODM’s candidate Omar Boga.

But it has been one disappointment after another since then.

Perhaps most devastating was the defeat of the anti-BBI forces, which were supposedly supported by Ruto, in the recent county-level voting for the Building Bridges Initiative proposed constitutional amendments.

Not even Ruto’s Rift Valley regional vanguard was spared. It was an overwhelming victory for President Kenyatta and Raila.

And not long after that came more defeats: In the by-elections held first in Western Kenya and then the election for the Machakos senator.

All in all, it can be said that Ruto’s bold experiment in mobilising Kenyan voters on the basis of economic interests disintegrated when it smashed into the hard realities of entrenched Kenyan tribal voting patterns.

It is now very unlikely that any of the other regional political giants of our time – former Deputy PM Musalia Mudavadi, former VP Kalonzo Musyoka and Senator Moses Wetang’ula – will have any desire to form a political alliance with Ruto.

For all intents and purposes, he is a beaten man, whose plans have failed miserably.

However, that is where Ruto is now. Do any of us really know where he will be in a year’s time? Or two years? Or five years?

That is why it is always best not to be too hard on a man who has gambled big and lost. His fortunes may yet turn. You may yet need him.