Let me tell you about my dad 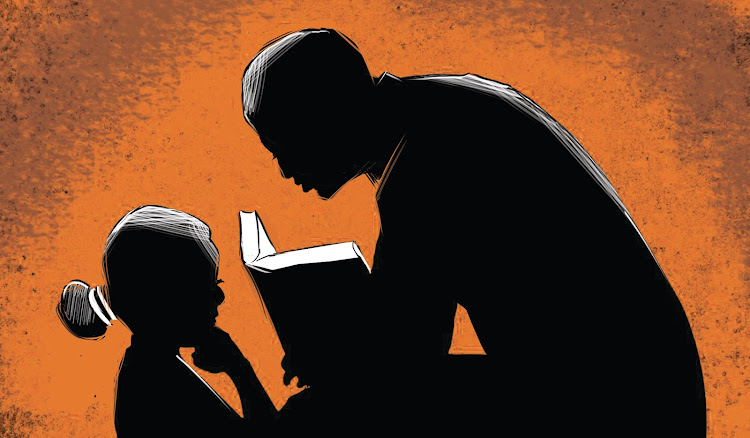 This Saturday, my father will have been dead for 15 years.

I remember the day he died, I wanted to die. I always saw my father as larger than life. No matter what phase our relationship was in, I never thought he had the option of dying.

My mother had died some years earlier, and as much as it affected me, my father's death almost crippled me.

An old friend gave me the words for what I was going through. He said, "you have lost a covering.

Your father, no matter how useless, provides some form of spiritual covering." (And this is why I do not wish death on the man I share children with. I wish him all other things but not death because in as much as my own father was useful, now that I know it does not matter how useful, I do not wish what I have endured on my own children. I said what I said.)

My father and I had a very interesting relationship.

Still do. I was very upset with him for a while, I felt he left before I was ready. Now I know better. I would like to share my father with you.

A few weeks before his death he went home and said he had gone to die. Of course, we were not going to let that happen. We dragged him back to Nairobi for treatment. He died about a week or so later.

He had written his eulogy, which I read out at his funeral.

His fridge was full of drinks and food like he was expecting guests.

His suit, a Pierre Cardin suit (my dad had style), was hung separately in his closet. We buried him in it. It was not a black suit.

I remember some people complaining about it. Apparently, men are buried in black suits. “Then you didn’t know him!” Someone retorted before I had the chance to.

My father rarely followed rules. If you gave him unsolicited advice, he would let you know bluntly where you could take it.

He seemed to have no fear of the repercussions. Only because he had considered them. He always said, “do what you want. As long as you can live with the consequences, good or bad!”

He had written his will, which I read out at his funeral. His fridge was full of drinks and food, like he was expecting guests. His suit, a Pierre Cardin suit (my dad had style), was hung separately in his closet. We buried him in it. It was not a black suit. I remember some people complaining about it. Apparently, men are buried in black suits. “Then you didn’t know him!” Someone retorted before I had the chance to.

I learnt to love reading and writing from him.

He was always up at 4 am reading or writing something and he always brought me books from his travels. (These were usually on the weekends when he disappeared. He would tell me he travelled because I always asked where he had been.)

He always wanted to have a discussion on what I had read so I made sure to read up so I had something constructive to contribute.

He insisted on reading anything I found, even a label, if nothing else, to learn a new word.

My love for rumba comes from my dad. I must confess though, I did not always feel this way publicly.

At home, it was almost ok, but he played it in his car when he was dropping us at school. Let me tell you as a young girl those were the most embarrassing days of my life.

I would be sitting in the car waiting for my friends to pass before hurriedly jumping out of the car and banging the door shut so that no one else heard his music.

Now, I am the parent embarrassing my children with the same music. I learnt not to trust a man who does not listen to rumba (this is our theory).

He said that is a man with no soul. If you really listen to rumba, from the likes of Franco, Josky, Madilu, Ntesa, Ndombe, etc, the music speaks to you even before you understand the words. When you get the translation, my friend, it touches you deeply.

My father taught me to trust in myself. I have not always been good at that, in fact, for the last 12 or so years, I did not. As I have quietly reflected on our times together, good and bad, I am seeing all he wanted me to learn.

My father had this really deep voice. That may explain my own voice. (Have you listened to any of my podcasts?) That voice always rings in my head even after these many years.

I can hear him laugh and I can see how cheeky his eyes got when he told a joke. He was a funny guy and a brilliant mind

Let us get involved in young people’s lives.
Opinion
4 months ago

Mark of a true family leader

A man is the head of the home. But many want to be ceremonial heads
Opinion
5 months ago
by FELGONAH OYUGA Sales Representative
Columnists
11 March 2021 - 04:00