The two have chequered careers. 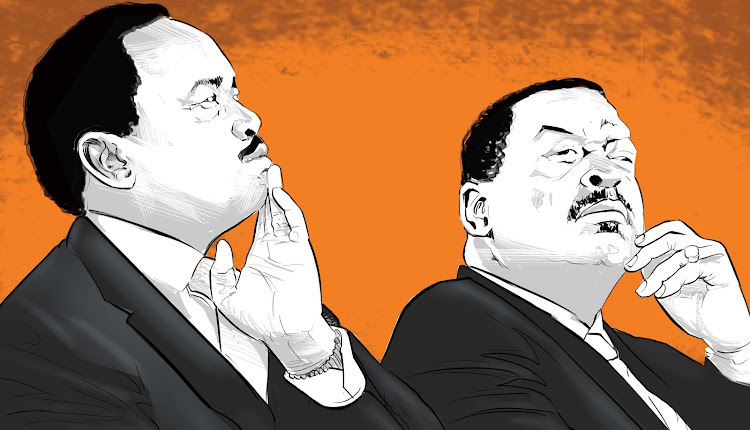 The 2022 version of the National Super Alliance is being rekindled without its 2017 totem pole—the ODM leader. The former Nasa pillars, now initiators of 'One Kenya Movement', are walking out of Raila Odinga’s shadow.

How far they go depends on the willingness of Kalonzo Musyoka and Musalia Mudavadi to manage their presidential ambitions. Kalonzo, the Wiper party leader, and ANC leader Mudavadi, are political twins. They need a stable tie-breaker or they shall hang separately, as fans who are cheering them on jeer.

Kalonzo and Mudavadi have chequered careers. They were Kanu era insiders. They have also been key opposition leaders under the Jubilee regime. Now, they are key players in the 2022 Uhuru Kenyatta succession.

Mudavadi was deputy prime minister, and Minister for Local Government during the 2008-2013 coalition government of President Kibaki and Prime Minister Raila Odinga. Mudavadi was in the team that negotiated the 2008 post-election ceasefire under Kofi Annan, a former United Nations secretary general.

Unless an experiential tiebreaker shows up to stabilise and captain the 'One Kenya Movement', Uhuru succession election is likely to have its fair share of me-first craving for presidential prize. Back-burner tickets are now selling at a conspiracy kiosk near you.

Kalonzo and Mudavadi have served in ministerial positions that affirm their experiential tie: Kalonzo was Minister for Foreign Affairs between 1993 and 1998, when Moi was President. He occupied the position again between 2003 and 2004, when Kibaki was President.

His political career began in 1985 as MP for Kitui North, which was renamed Mwingi North before the 1997 general election. By 2013, Kalonzo was the longest-serving MP, with an unbroken term spanning 28 years.

Mudavadi was Minister for Finance between 1993 and 1997. He is credited with ending the pilferage of public funds through the gold export scam Goldenberg. He was Minister for Transport and Communication between 2000 and 2002. He was in charge of supplies and marketing docket between 1989 and 1993, under Moi.

Kalonzo and Mudavadi have also been in party leadership. Kalonzo was Kanu organising secretary when the party was at its most hawkish in 1988. He was also leader of ODM Kenya before it became Wiper party, now the Wiper Democratic Movement, on whose docket Kalonzo is running for president in 2022.

Mudavadi was deputy ODM party leader between 2006 and 2012. He is the leader of Amani National Congress on whose ticket he is running for president.

Unless an experiential tiebreaker shows up to stabilise and captain the 'One Kenya Movement', Uhuru succession election is likely to have its fair share of me-first craving for presidential prize. Back-burner tickets are now selling at a conspiracy kiosk near you.