With over 72% of Kenyans living in rural areas, poverty reduction programmes should target this group

•  Like China, Kenya must move beyond traditional one-dimensional agriculture into a multifaceted enterprise driven by science and technology. 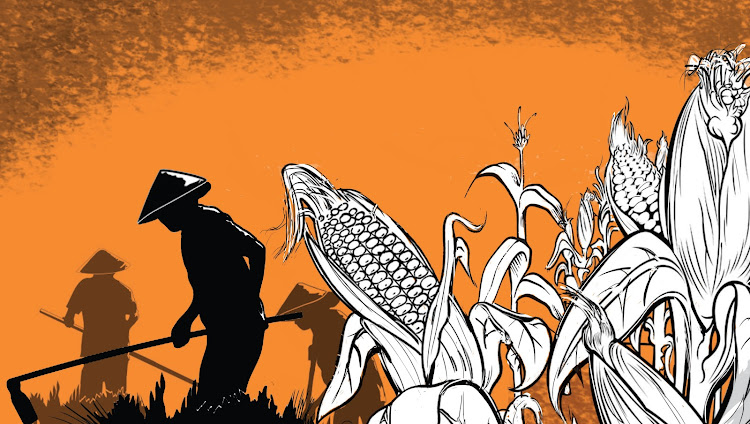 In 1963, Kenya’s GDP per capita was nearly one and half larger than that of China. Yet in just three decades ending in 2020, China lifted over 850 million people out of extreme poverty. It became the first developing country to achieve the first of the UN's 17 sustainable development goals.

Contrary to many countries where development is often associated with investments in cities and other urban centres, China prioritised rural areas in its poverty reduction efforts where agriculture played a major role.

Like China, Kenya must move beyond traditional one-dimensional agriculture into a multifaceted enterprise driven by science and technology. In this way, the country could realise low consumption, high quality and efficiency in its agricultural value chains. Through the Big Four agenda, Kenya has set ambitious targets to ensure 100 per cent food security for its population.

The blueprint is also set to foster the country’s agro processing capacity while cutting malnutrition among children under five by up to 27 per cent. That task has only been made more challenging by the Covid-19 pandemic and the locust invasion that are pushing thousands of Kenyan households into extreme poverty.

With over 72 per cent of the Kenyan population living in rural areas, poverty reduction programmes should target this group, and agriculture remains the strongest vehicle to deliver economic sustainability and food security. This approach has proven effective for China and a crucial learning point for many other countries and stakeholders around the world.

Another learning point touches on the use of information communication technologies in marketing agricultural produce. The Taobao village model, has, for example, enabled millions of farmers to reach far-placed clients, thanks to the power and reach of the internet. This has not only led to a more inclusive growth but also multiplier industries such as logistics, which is critical in ensuring the products reach the buyers.

Besides being home to accomplished researchers, Kenyan universities such as the Jomo Kenyatta University of Agriculture and Technology have honed a number of innovations that could be tapped to foster food and wealth production. Jkuat also hosts the Sino-Africa Joint Research Centre, a facility that offers talent cultivation and technology transfer channel from China through agricultural demonstration.

In the wake of climate change, Kenya’s farming practices should also be anchored on sustainable ecological conservation practices. The country continues to bear the brunt of global warming with floods, droughts and erratic rainfall further compounding its agricultural prospects.

Kenya, therefore, needs to place a premium on environmental conservation, including on soil and water conservation. Green recovery is now a matter of priority as countries seek to turnaround their economies from the Covid-19 turmoil. Agriculture is a key vehicle to deliver this promise while spurring attendant sectors such as manufacturing and processing.

The World Bank projects that 36 per cent of the Kenyan population is currently trapped in poverty, with national poverty reduction pace of about one percentage point per year. Because of the intervening variables like the global pandemic, it may not be possible for Kenya to achieve the UN goal of eradicating poverty in all its forms by 2030.

New approaches based on globally sourced proven best practices while engineering endogenous capacity to effect a more targeted approach to poverty reduction are therefore needed. In China, Kenya has much to learn in terms of leveraging agriculture within rural spaces to quicken its inclusive socio-economic development.

The writer is a scholar of international relations with a focus on China-Africa cooperation. Twitter: @Cavinceworld.

China’s lessons on fighting poverty for Africa and the world

It will meet the UN's poverty alleviation goal 10 years ahead of schedule.
Opinion
2 years ago

China deserves praise for success but countries should develop own strategies

The kind of path a country follows should be based on its own reality.
Siasa
3 years ago
Post a comment
WATCH: The latest videos from the Star
by ADHERE CAVINCE
Columnists
01 March 2021 - 05:00
Read The E-Paper