President Mukhisa? Not in the foreseeable future 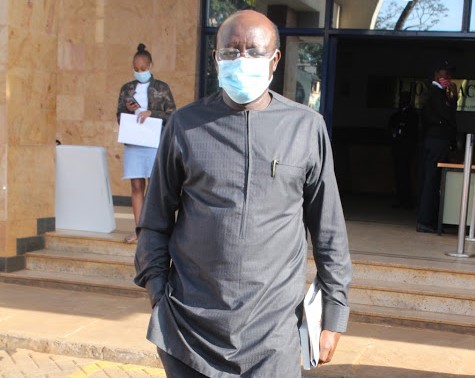 About a month to the 1997 general election, the internationally acclaimed environmentalist Wangari Maathai threw her hat into the ring to dislodge President Moi. She flew the flag of the little known Liberal Party of Kenya.

But a popular columnist had bad news for the professor, who seven years later would clinch the Nobel Prize for Peace. “Maathai joins a hostile and crowded political scene where only schemers can win, unlike in environmental circles where her credibility is recognised,” Kwendo Opanga wrote.

He was prophetic. Maathai came a distant 13th out of 15 candidates, garnering slightly over a paltry 4,000 votes.

A similar fate awaits Dr Mukhisa Kituyi next year. The former minister in the Kibaki administration last week resigned as director general of the Geneva-based United Nations Conference on Trade and Development to join the Uhuru succession race. He was Kenya’s highest-ranking official in the UN system.

Mukhisa has not said which party he will be vying on. He is still consulting. Of course the major political parties have their owners. Whether Mukhisa will succeed to convince any of them to field him is highly doubtful.

He is a co-founder of Ford Kenya, now headed by Bungoma Senator Moses Wetang’ula. The party is building a coalition with Gideon Moi’s Kanu, the ANC of Musalia Mudavadi and Wiper of Kalonzo Musyoka. Mukhisa will likely end up vying on a little known party.

Western, where he comes from, is a battleground region eyed by the new coalition, Raila Odinga’s ODM (whose deputy party leader is Kakamega Governor Wycliffe Oparanya) and Deputy President William Ruto. Mukhisa will have to contend with these forces that have already entrenched themselves on the ground.

Kenya’s presidential elections are ethnic contests. Without a solid tribal block, Mukhisa will not be admirable to anyone. He has nothing to bring to the table of coalition negotiations.

And funding? The two key elements of presidential elections in Kenya are mobilised ethnicity and big money. If it is true he never stole during his time in politics and he has no friends with deep pockets, Mukhisa is quite simply incapable of unleashing an earth-shaking campaign juggernaut.

Nor is his campaign platform any striking. Anyone can talk – as he does – about reviving small and medium enterprises ravaged by Covid-19, boosting manufacturing and foreign investment, ending the crisis in agriculture, dealing with the ballooning public debt, anything.

But whereas Ruto has the hustlers versus dynasties narrative and Raila has the BBI, what fresh and engaging campaign message is Mukhisa riding on to capture the public imagination?

And funding? The two key elements of presidential elections in Kenya are mobilised ethnicity and big money. If it is true he never stole during his time in politics and he has no friends with deep pockets, Mukhisa is quite simply incapable of unleashing an earth-shaking campaign juggernaut.

He is aware he has been out of the local political scene for a long time and this disadvantages him.

“I will not expect to stand out when I have been out of the country for seven-and-half years. To some of the people who are voters today, Mukhisa is a name in the history books – that he was a minister in the Kibaki government; he took over from Biwott; and he never stole anything when he was a minister. That is all they know about Kituyi,” he told KTN.

“I am at the base camp of the mountain. I have to roll back my sleeves in the coming period. Talk to the challenges of the people, starting in Western but going the rest of the country.”

True, but his is almost guaranteed to be a hopeless quest.

Mukhisa is a formidable and articulate intellectual. In a TV interview lasting about 25 minutes, he spoke of internecine battles, vulnerabilities of the Covid economy, thought-out solutions and policy outfits, a menu of national solutions, politics of purpose versus politics of tactic, structured leadership, symptoms of an epoch in crisis, poverty of thought, etcetera.

But the voters who decide elections in Kenya (when, pray, the exercise is not a mere charade) are unlikely to be impressed by the big English suited for air-conditioned conference halls of global capitals.

In a humorous video clip widely circulated on social media, Lurambi MP Titus Khamala says while it is Mukhisa's democratic right to vie, he should know Western has moved on. The region’s leaders are Mudavadi and Weta.

“He is our son from the diaspora. Mukhisa does not attend funerals,” Khamala jeered. “Have you ever seen Mukhisa at a funeral? When he comes here, he should not give you Sh200. He should give each of you Sh1,000 as a fine before he talks.”

That’s how things are ‘kwa ground’. A big international name won’t translate into presidential votes for Mukhisa. It never did for Wangari Maathai.

“Good seeing Daktari Kituyi after such a long time away from home" - Raila.
News
1 month ago