The scramble for Africa's seaports

Globally, ports are gateways for 80 per cent of merchandise trade by volume and 70 per cnet by value.

• China through the Belt and Road Initiative, the Silk Road Economic Belt and the 21st century Maritime Silk Road has invested heavily in the continent.

• Chinese investors are currently operating Port Sudan in the Horn of Africa region through strategic partnership. 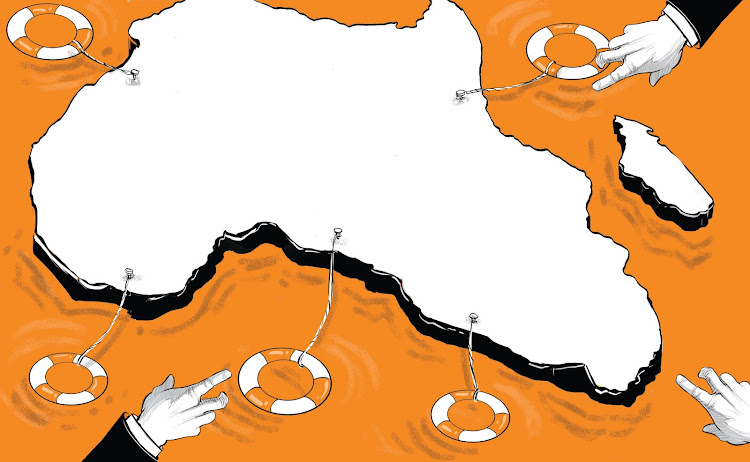 Opportunity for Kenya to thrive in seaborne trade

Lessons from port of Singapore

We must invest in improving our port logistics as we embrace automation.
Opinion
2 years ago

African governments are grappling with corruption, internal conflicts, failure in health and education sectors while at the same time trying to catch up with the urgent need for infrastructure development. This is 50 years after gaining political independence.

This has caused a huge delay in infrastructural development of seaports. Consequently, most of the African countries remain dependent on ports built before the 1960s, while the current demands and standards are completely different. Currently, larger deep draught vessels require a depth of 10 or more meters while previous vessels required a minimum of seven meters.

In addition, the previous establishments are often major trade hubs that are congested and lack basic handling equipment in rapidly growing economies, coupled up with poor and corrupted managing systems of the existing ports. According to a PWC report, new port development is multifaceted in that they are increasingly multi-sectoral in nature, involving a number of ancillary projects across the broad range of sectors linked by other modes of transport.

Basically, seaports and terminals compete on the basis of price leadership or value addition services. This has led to an increase in the number of special economic zones as well as free zones globally offering competitive economic-driven initiatives and enhancing the appeal of the port and the economy within the jurisdiction around the port and the host country.

In the World Economic Forums' global ranking for port infrastructure in 2013, only four countries — South Africa, Morocco, Namibia and Kenya — were given a satisfactory mark for proper port operation.

This opened a door for foreign investors to persuade governments and other stakeholders in the ports and logistics sector to consider outsourcing funds for development and operation of the ports for sustainable and adequate returns to the economies.

The Chinese and the Middle East port operating entities have dramatically increased their appetite for African ports, offering tempting and sustainable development to Africa.

China through the Belt and Road Initiative, the Silk Road Economic Belt and the 21st century Maritime Silk Road has invested heavily in the continent. Chinese investors are currently operating Port Sudan in the Horn of Africa region through strategic partnership.

China Merchant Holding International has a 50 per cent stake in Lomé container terminal, Togo in West Africa with expansion of the LCT to four berths with terminal capacity of 2.2 million TEUs ( twenty-foot equivalent unit).

The same investors offered funds and infrastructural development to Tanzania with construction of a $460 million seaport with a capacity of 20 million TEUs.

Other notable Chinese investments are the port of Luanda in Angola, Cameroon's Port of Kribi, where china built a controversial $1.3 billion port to open up the iron ore and cotton commodities to the world market, Nouakchott port in Mauritania and ivory Coast according to Center of Strategic and International Studies.

Port of Berbera in Somaliland, Dakar Port in Senegal, Maputo Port in Mozambique, Djen-Djen and Algiers ports in Algeria, Kigali Logistics Center in Rwanda and Sokhna port in Egypt are currently operated or are under development by DP world and Dubai's Jebel Ali Free Zone Authority based in United Arabs Emirates according to Arabian Business daily. This accounts for 70 per cent of Africa seaports exclusively or partly under foreign control.

Globally, ports are gateways for 80 per cent of merchandise trade by volume and 70 per cnet by value. Main exports from Africa are largely commodity based, which includes crude oil, coal, iron ore, precious metals, cocoa, palm oil, tea, coffee and timber.

The gap created by the African governments has guaranteed massive investment opportunities to foreign investors imposing long-term concessions to develop and operate the gateways to the economies, while at the same time giving an upper hand to the investors to negotiate the raw products to the international market.

What’s next for Africa maritime, shipping and logistics sector? Only time will tell.