Kenyans have put a lot of faith in the political class but this trust has often been abused. 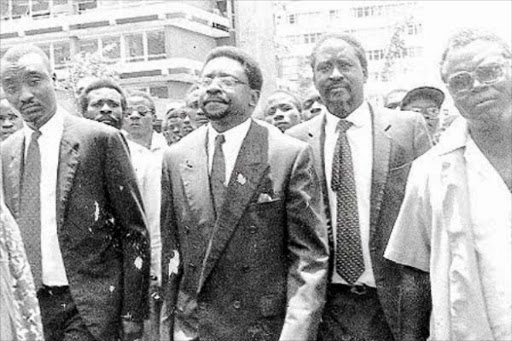 The Independence constitution was a product of negotiations that largely reflected the aspirations of Kenyans. We had a devolved government with regional assemblies and presidents. The regional governments had executive powers and independent sources of revenue. We had a bicameral Parliament headed by a prime minister, and a supreme court.

We had two strong parties that were driven by ideology, vision and philosophy. We had a constitutional amendment threshold that was extremely difficult to achieve, 75 per cent in the Senate and 65 per cent in the lower House. We had a lean government of not more than 20 ministries overseen by competent ministers.

After Kenya became a republic in 1964, the mutilation of the constitution started in earnest. The powers of regional assemblies were gradually reduced and eventually eliminated in 1965. Concentration of government power in the presidency began. Colonial repressive structures remained intact if not strengthened.

In 1966, both houses of parliament were amalgamated and the senate abolished. In 1968, parliamentary approval for declaration of state emergency was removed. In 1966 a constitutional amendment giving the presidency the power to rule by decree was passed. In 1982, the Constitution of Kenya (Amendment) Act number 7 of 1982 changed Kenya from a de facto to a de jure one party state.

Between 1964 and 1991 the constitution was amended more than 20 times. Each of these amendments was aimed at strengthening the executive and denying Kenyans their fundamental rights and liberties. The clamour for the second liberation then ensued. It climaxed with the repealing of Section 2a ushering in multipartyism. And in 2010 Kenyans voted for a new constitution.

In 1963, 2002, when Big Man Moi was toppled, and in 2010, Kenyans spoke loudly of their desire for a progressive government that caters for the interests of all. In each of these occasions the political elite outmaneuvered them and hijacked the will of the people by putting their interests first. Disorder and disharmony followed and the nation has nearly gone to the dogs a number of times as a result.

Kenyans have put a lot of faith in the political class but this trust has been abused. In 2010 Kenyans crafted the kind of nation they want and endorsed it in a referendum. It is now 10 years since the promulgation of the new constitution but greed and desire for self-aggrandisement by the political class has reached an epic level.

We are at risk of losing one of the best constitutions in the world. There is clamour for a revenue-sharing formula that further marginalises poor counties at the expense of their rich counterparts, the militarisation of Nairobi county and the near-total takeover of the Senate by the Executive, intended to cripple devolution.

Civil society has been defanged, the Legislature is now an appendage of the Executive and the Judiciary has been emasculated through intimidation and defunding. Political parties that don’t conform have to contend with internal revolt and face disintegration. Political elitism and ethnicity is now the cornerstone of Kenyans politics.

The political super alliances being built are intended to align elitist interests and may return the nation to a single-party state. Kenyans need to be alive to this grim reality and stymie the slide to a one-party state.

Post a comment
WATCH: The latest videos from the Star
by ABDILLE YUSSUF
Columnists
30 July 2020 - 04:00
Read The E-Paper