Need for a radical shift in Africa’s agricultural funding models 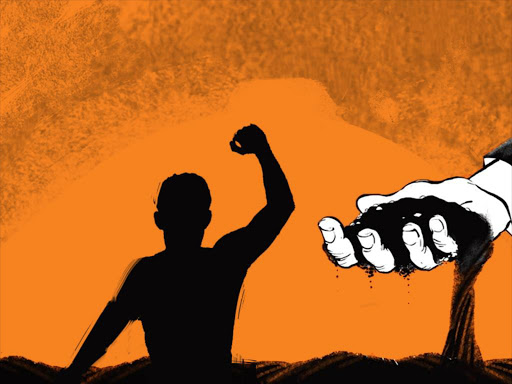 With unsustainable forms of intensification driving negative social and environmental impacts in Africa, and the Covid-19 pandemic revealing major vulnerabilities in food supply chains, there is a need for a radical shift in agri-development priorities and the money flows behind them.

A new report by Biovision International, IPES-Food and the UK-based Institute of Development Studies reveals that only a small fraction of agricultural research funding coming to Kenya and sub-Saharan Africa is being used to support agroecology and other sustainable approaches. Money flows in Africa’s agricultural development sector are mainly reinforcing damaging industrial models.

Funding for agricultural research, education and extension through official development assistance (ODA) has more or less stagnated over the last 10 years, and stood at only 14 per cent of agricultural aid in sub-Saharan Africa in 2017. Most funders and governments still favour ‘green revolution’ approaches as the best means to produce sufficient food, failing to recognise the role of agroecology in building sustainable food systems.

Both donors and governments need to rethink their financing strategies. Despite Comprehensive Africa Agriculture Development Programme commitments to invest more than one per cent of agricultural GDP in research, investments in agricultural research in sub-Saharan Africa have fallen significantly with the overall investment ratio dropping below 0.5 per cent by 2014. Agricultural financing has generally been de-prioritised in favour health, education and national security.

Another 13 per cent is used to replace synthetic inputs with organic alternatives. Top donors for Kenya are the US, the Bill & Melinda Gates Foundation, the EU, Germany, the World Bank and Japan. At $274 million a year, Kenya’s investment in public agricultural research is the third highest in Africa.

The ‘Money Flows’ report also shines a light on Switzerland (a major bilateral donor) and the Bill & Melinda Gates Foundation, the biggest philanthropic investor in agri-development. Some 85 per cent of the projects funded by the Gates Foundation support industrial agriculture and/or targeted approaches such as improved pesticide practices. Only three per cent of Gates Foundation projects were agroecological.

By contrast, 51 per cent of Swiss-funded AgR4D projects had agroecological components, and most of these (41 per cent) also included aspects of socioeconomic and political change like decent working conditions and gender equality. Just 13 per cent of Swiss aid focused on industrial agriculture. A fraction of UK, US and Belgian agricultural research funding, also goes to agroecology.

The good news, though, is that the tide is changing. There is a growing interest in agroecology by bilateral and multilateral donors — notably France, Germany, the UN Food and Agriculture Organization (FAO) and the International Fund for Agricultural Development.

To accelerate this shift and increase transparency in funding to African organisations, donors must encourage long-term, pooled funding models that support research institutes to implement agroecological projects. They should also ensure that the projects are inclusive and co-designed with farmers and communities.

Donors also need to address the issue of unequal power relations by building strong, long-lasting partnerships that support bottom-up alliances with the involvement of farmer groups and researchers. The primary focus must be on supporting stakeholders who embrace agroecological approaches. Let us turn our backs on the vested interests obsessed with the technological fixes damaging soils and livelihoods.

African countries need to reform their farming systems and put more money into agroecological approaches. They need to implement sustained actions that are responsive to the needs of the millions of African smallholder farmers, who are counting on them to make the right decisions.

Olivia Yambi is co-chair of the International Panel of Experts on Sustainable Food Systems (IPES-Food). Hans Herren is the president of the Biovision Foundation.

Post a comment
WATCH: The latest videos from the Star
by OLIVIA YAMBI AND HANS HERREN
Columnists
02 July 2020 - 04:00
Read The E-Paper