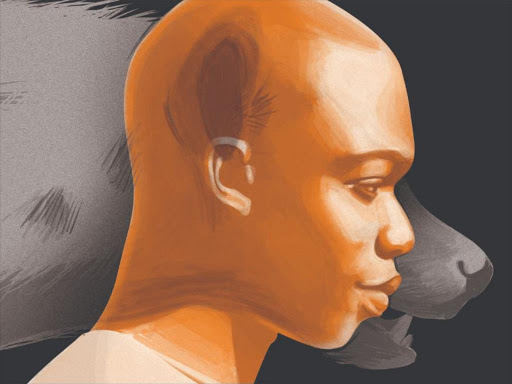 After last week’s article, I got a lot of emails from people wanting to know the difference between a promiscuous man and a polygamous man.

Well, here are a few ways to smoke out that promiscuous man. I am assuming you want to know so that you do not waste precious time with the hyena. By the way, contrary to popular belief, many women are okay with polygamy and being second, third, etc, wives. Many promiscuous men know this and so they try to blur the lines. My sisters, you must be wise as serpents.

A promiscuous man, usually married, will be shouting at the top of his lungs about how he cannot be satisfied by one woman. Red flag. A polygamous man’s short-term goals will not involve a session of three-minute heaving and hoing. He wants you for the long haul. So, he will be courting you, which will also mean spending more than an hour at your house.

You will know you are in trouble when he already starts asking you if you can take part in some ungodly acts that he loosely calls fantasies before he knows your second name. He will then say that not doing some of those things is a deal breaker for him. “Betty would never do this for me.” Betty is his wife, who he is still married to and to your knowledge no deal has been broken there, but you should make your ancestors turn in their graves. A polygamous man knows that you are an individual. He is mature enough not to bring his first or second wife into your relationship. He wants you because you bring something else to the table. He is not trying to play you against each other for his selfish gain.

You will meet his relatives. You will meet his friends. He will want to meet yours as well. His problem is not to be liked, but to do things in the open. Our hyena on the other side, if he decided to die on top of you, you would not even know who to call. You know nothing about him or his people, but he insists on calling you his wife. It is really very unfortunate.

A polygamous man will be in charge of things from the onset. He will clearly state that he has no plans of leaving his wife or wives. He does not expect squabbles and will protect all of you in his pond from outside forces and from yourselves. Our fisi on the other hand will try to sell you some strange tales of how his wife tricked him into getting married by falling pregnant. You see this dense guy does not know that he is capable of fathering a child! Anyway, now he is only in the marriage because of the kids. (She kept tricking him)

“But I’m married!” is Mr Hyena’s excuse for many things. You are left wondering if he did not know he was married when he was making plans with you or promising you things. Our guy, Mr Polygamous, is a master planner. His time management skills are on point and because he is honest, you will always know what is going on so you plan accordingly, with everyone getting their time share.

Finally, a polygamous man can afford you. It takes a mature man to be this honest with himself. Being polygamous means running multiple homes. And he is a man in all these homes. He shows up at all these homes. A promiscuous man will want to sell you the ‘I find women who pay their bills sexy’ line. Yet this greedy hyena will want to come to your house, sleep in your bed, bath in your shower using water and soap and then eat your food. All that you have independently acquired! He will even add that he likes you because you are not ‘materialistic’ for decoration.