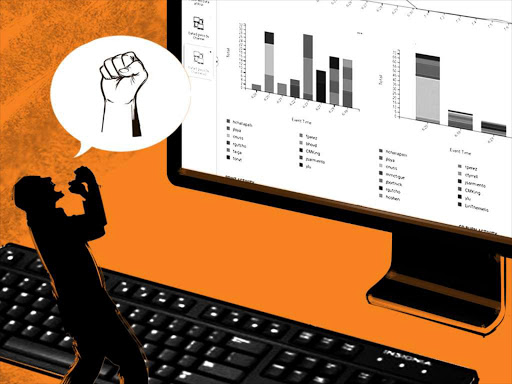 When it joined OGP, Kenya has made six commitments.

Early last month, the government submitted its third National Action Plan (NAP 3 ) for 2018-2020 to the Open Government Partnership (OGP). The OGP is a voluntary multi-stakeholder platform for state and non-state actors aimed at leveraging technology, access to information and openness to improve governance. Since 2011, 79 OGP-participating countries and 20 subnational units have created more than 3,100 commitments to open up their governments and make them more responsive to citizens.

In its third NAP since 2011, when it joined OGP, Kenya has made six commitments along the lines of beneficial ownership, open contracting, open geo-spatial data for development, public participation, improvement of public sector performance through governance indices and building open government resiliency.

Commitment Six on building open government resiliency is unique as it offers an opportunity for critical intervention in the operating environment of civil society, one of the foundational actors in Kenya’s OGP journey. A key ambition of commitment Six is the consolidation of democratic gains. It was expected that after 2010, when Kenya promulgated the current Constitution, a better working environment for civil society organisations would be delivered.

The present situation is a far cry from this ambition. Despite the good working relationship between government and CSOs within the OGP framework, as seen in the NAP 3 co-creation phase, there has been tension between the two. This can be seen through non-commencement of the Public Benefits Organisations Act 2013. The Act aims at creating a better operating environment for PBOs (formerly CSOs) and a good working relationship between the state and the sector.

The legislation is yet to commence, in complete disregard of constitutional provisions and court orders. CSOs are key actors in building OGP resilience and without a good operating environment for them, processes for creating a structured local and regional OGP ecosystem will be largely ineffective.

Second, the Act emphasises openness. There is already an appreciation within the sector that transparency and accountability are not obligations of government only, but those who monitor it as well. Thus, there will be cross-learning and exchange between the state and CSOs when advantages presented by OGP and PBO Act 2013 are in motion.

Third, past OGP successes were due to the relentless advocacy, lobbying and participation of CSOs. Passage of the Companies (Amendment) Act 2017 and the Access to Information (ATI) Act 2016, both anchored in Kenya’s NAP 2, are indicators for commitments five and eight. The former legislation introduced for the first time disclosure of beneficial information for public and private firms.

Under NAP 3, PBOs’ participation supported by a good working environment will be critical in developing regulations to operationalise commitments One to Six.

Lastly, in the Open Government Declaration, one of the critical documents CSO signatories accede to when joining OGP, governments commit to protect their work. Kenya thus has to follow up on this by commencing the PBO Act as it currently offers the best legal operational framework for CSOs. These discussions can now be had more proactively along Commitment six of NAP 3.

Encouragingly, the provisions of the PBO Act mirror most if not all of the best practices listed in the report OGP: The Guide to Opening Up Government; An Enabling Environment for Civil Society Organisations, a report by the International Center for Not-For-Profit Law. Kenya as one of the pioneers of OGP in Africa should also follow suit and create a good operating environment for its CSOs by effecting PBO Act 2013.

Post a comment
WATCH: The latest videos from the Star
by Churchill Ongere
Columnists
14 January 2019 - 00:00
Read The E-Paper