DENIS NZIOKA: Why Key Populations in Kenya are opposed to biometrics 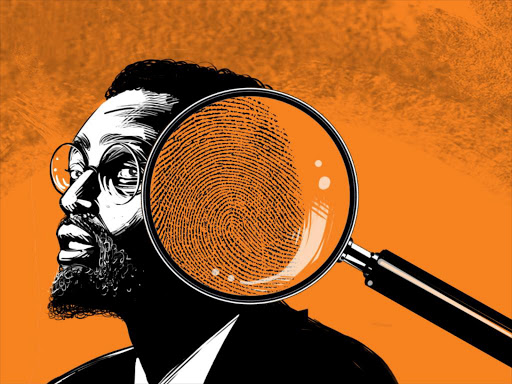 Why does the government want to know where you live, what you do, who you sleep with? Efforts to estimate the size, track HIV prevalence and understand HIV knowledge among key populations (men who have sex with men, sex workers and those who use or inject drugs) are welcome. So too are efforts to provide these populations with sufficient access to services. However, concerns have been raised around the use of biometric identifiers — most often fingerprints — to track participants and ensure they do not get counted twice.

Collecting and storing the biometric data of people already facing criminalisation raise ethical and human rights concerns. Many civil society and other groups have begun voicing concern about the use of biometrics to track, monitor and research their communities. And now the entire key populations network is raising the alarm over a proposal by the government — funded by the Global Fund and with technical assistance from US President’s Emergency Plan for Aids Relief — to use biometric fingerprinting for the collection of key populations size estimates during an upcoming IBBS (Integrated Biological and Behavioural Survellance) study.

Biometric identification might improve data gathering. But in the context of same-sex criminalisation, the illegality of engaging in sex work and continued criminalisation of drug use, the insistent use of biometrics raises concerns that are insufficiently addressed in current policies. It is common knowledge that such data collection and storage is an infringement on one’s privacy and may even expose persons to legal action or violence. Already, with these concerns, which are not being addressed, trust in the health system has fallen.

Consultations with these key populations, spearheaded by community organisations, have shown that they are in full support of the IBBS study and its component of collection of size estimate. They however do not support the use of biometrics in data collection.

Furthermore, the use of biomarkers — fingerprinting, iris scanning, toe scanning — will introduce fear and uncertainty among communities already criminalised about the safety of healthcare clinics. This is in addition to other self-incriminating details such as phone number, home address, HIV status, place of work, etc, that will be used during the study. Such will only serve to drive people away from healthcare and reduce participation in the IBBS study.

One argument for the use of biometrics is the copy-paste of data and information, eg, a participant being recruited twice for the same study. Granted, experts have suggested that previous estimates significantly underestimated the size of Key Populations, so evidence suggests undersampling is a far greater concern than duplication in the study.

More importantly, however, size estimation surveys do not require such biomarkers. Capture/recapture, respondent-driven sampling as well as a range of other methodologies have been used with success. Researchers have collected data through referral systems and have not had major challenges of duplication of participants that would skew their findings. In fact, most of the highly respected Key Populations size estimates used globally have not used biomarkers in any form.

Apart from data collection, another key concern that has been voiced is safety and storage. Methods of storage of data can pose challenges if the safety, handling and security of the information is compromised. There are still questions on access by unauthorised persons and capacity by sections of government to force handlers to share data collected.

The use of coded fingerprints does not stop unauthorised person who are unable to gain access to the larger database, but have data collection machines, from using them in areas considered as ‘hotspots’ to identify Key Populations whose data is in the system. We do not support the use of any biometric data collection but recommend enhancing the use of the other methods to ensure a high-quality study that will generate data to promote and defend the humanity of Key Populations to quality, stigma-free health services.

We are ready to dialogue on this as we map out key ethics and rights considerations regarding the use of biometrics in HIV surveillance among Key Populations.

Nzioka is a gay rights activist based in Nairobi

Key Populations Consortium is a network of organisations serving sex workers, men having sex with men and people who inject drugs in Kenya

Post a comment
WATCH: The latest videos from the Star
by Denis Nzioka and Key Populations Consortium
Columnists
19 November 2018 - 00:15
Read The E-Paper