Give diaspora right to vote in 2017 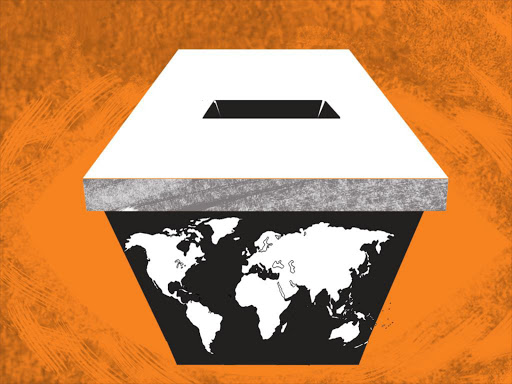 Kenyan diaspora should vote in 2017

The path to Kenya’s nationhood has been riddled with the marginalisation of communities that now include the Kenyan diaspora. Marginalisation does not only imply communities under economic distress, but also those whose political rights have been suppressed.

For a long time, geographical marginalisation was reserved for those in remote northern Kenya, who, out of long-term presumed exclusion, would quip that they arrived in Kenya only when they travelled further south. The Kenyan diaspora, however, would not ideally be considered a marginalised community because it is economically powerful, sending home close to Sh120 billion in remittances annually. In reality, the diaspora is a forgotten population by the grim fact it is a politically disenfranchised constituency, having been denied the right to vote for years, even after the 2010 Constitution.

Political exclusion, like any other form of marginalisation, implies the suppression of rights, usually accompanied by a history of struggle to correct this injustice. The diaspora has an active history of struggle for inclusion dating back to the turn of the millennium. It started with the push for dual citizenship.

Kenyans seeking higher education in the United States who settled there with their families began to understand that no matter how long they stayed away from home, they still pledged allegiance to their home country. Jewish, Irish, Filipino and other diaspora in the US had become powerful contributors to their home countries’ political and economic well-being, while still maintaining active participation as citizens of the United States.

The Kenyan Community Abroad, formed in 1997, was the first diaspora organisation to address collective diaspora affairs, the most important milestone being the campaign for dual citizenship. This effort included sending delegates to the Bomas constitutional reforms process.

It must be noted that former President Mwai Kibaki visited the US and addressed the diaspora, categorically dismissing dual citizenship as a pipe dream.The concept of transnational citizens as advocated by the Kenyan diaspora was alien to many. Pushing for its inclusivity in the Constitution was not easy. Winning the right to dual citizenship took years, resources, sacrifice, leadership, brain and brawn.

The Kenyan diaspora has actively been involved in numerous relief efforts whenever there is a disaster in the country. This ranges from the 1998 bomb blast to famine relief, scholarship funds, and a myriad of benefits that speak of unfailing connectedness with home, regardless of the distance. Other than the KCA, many other organisations tackling diaspora issues have been formed across the globe, testifying to the growth the constituency.
This community is increasing in number and the government must end political exclusion. Opportunities to fix this are available.

Take the Kenya Diaspora Alliance, for instance. This is a confederation of diaspora organisations across the globe, which has pushed for the acknowledgement of the diaspora vote through the courts. The KDA won against the IEBC and secured the right to diaspora registration and voting mechanisms.

With diaspora votes estimated to be 15 per cent of the total votes in Kenya, no doubt this has intimidated some political quarters with the reality that this is a constituency capable of significantly swaying results one way or the another. Voting gives every citizen an equal voice, regardless of ethnicity, religion gender or wealth status.
The IEBC must work in partnership with the diaspora to enable them to vote in 2017. One of the excuses it has repeatedly given is lack of reliable statistics of Kenyans living abroad. This is a falsehood that must be urgently corrected. The diaspora has, since 2012, presented the IEBC, selected ambassadors and the general public at several diaspora conferences with these statistics.

This platform, dubbed , was KDA’s response to the need for statistics that would enable the implementation of diaspora rights and policies. Some American organisations have used i-Vote.Net to gain specific data, and have in fact furnished the IEBC with those statistics.

One of the immediate solutions to easing the political inclusion is for the Ministry of Foreign Affairs and the IEBC to recognise diaspora’s solutions such as and create a mutually beneficial partnership.

Diaspora voter inclusion is an imperative that would strengthen that elusive sense of nationhood, and attract impact investment opportunities by an endowed constituency simply seeking to play a role in nation-building.

The writer is a Diplomacy analyst and a trustee to the Kenya Community Abroad.

Post a comment
WATCH: The latest videos from the Star
by Mkawasi Mcharo Hall
Columnists
13 December 2016 - 01:00
Read The E-Paper