Massive responsibilities ahead for the new CJ 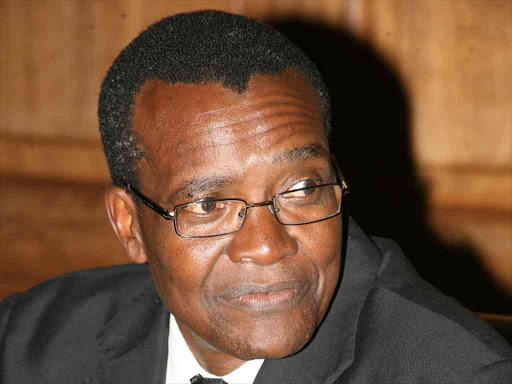 The white smoke is finally out and Kenyans can confirm that the JSC has finally found the one; the righteous and learned one amongst them all. The JSC, following a competitive process involving a vacancy announcement, shortlisting of applicants and conducting interviews both of the qualified and unqualified candidates, has officially released the name of the nominee to the position of Chief Justice.

David Kenani Maraga, 64, previously the Presiding Judge of the Court of Appeal in Kisumu, is the favorite of them all, the JSC has declared. The name of the judge landed on the ears of the members of the legal fraternity as a shocker because their bet was on some other candidates whom in my opinion had impressed by their eloquence and articulation of legal issues. Justice Maraga was not on many people's mind, although he successfully went through the vetting by the JSC board after being shortlisted among the 11 candidates and the third to be interviewed for the position.

A staunch Seventh Day Adventist, during his interview Maraga startled the nation when he invoked God’s name loudly and went on to swear that he had never taken a bribe in his life. Indeed, he prays; and God truly answered his prayers by anointing him as the possible Chief Justice. He was appointed to the High Court in October2003 and to the Court of Appeal in 2011. The University of Nairobi alumnus holds an LL.M and also chairs the Judiciary Committee on Elections tasked with overseeing election petition hearings that may arise after the 2017 polls.

The next stage will be to forward the name of the little-known Maraga to the National Assembly for approval before the President formally appoints him the next Chief justice in accordance to the Constitution of Kenya, which position he will hold until his tenure ends, attains the retirement age of 70 years as prescribed in the Constitution or he is removed from office if a Tribunal appointed to inquire into his conduct finds that he should not remain in office.

If appointed the next Chief Justice, Justice Maraga together and the next Deputy Chief Justice will have a terrific task cleaning up the Judiciary by putting up fresh mechanisms to restore integrity and confidence in the institution as well as assuring Kenyans headed to the General Election that their rights to free and fair access to justice are fully guaranteed.