What Ambassador Godec Got Right 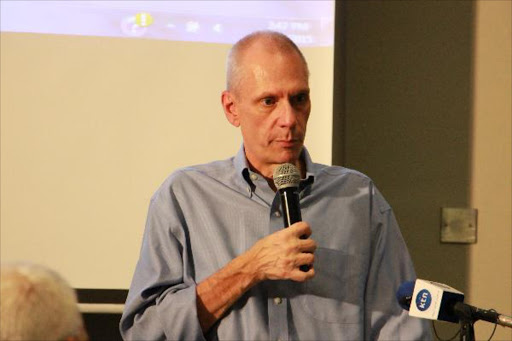 Speaking at Iten late last week, US Ambassador Robert Godec commented on something, which must keep many Kenyans awake at night.

The point he made can be summarised by posing this question: To what respected institutions may Kenyans turn in 2017, in the event of a disputed presidential election?

The ambassador spoke of the need for the Supreme Court and the Independent Electoral and Boundaries Commission to regain the confidence of the Kenyan people.

Our tragic post-election violence of 2007-08 is now a 10-year old memory. And what we most remember is the houses burned to the ground (in some cases with the residents still inside the rooms) and marauding gangs of machete-wielding young men, seeking out those who were not on their side of the political divide.

But the immediate cause of this violence was that those on the ODM political party side did not believe for a minute that their candidate for the presidency, Raila Odinga, had really lost that election. And so they poured out into the streets in their tens of thousands, seeking vengeance for a “stolen election” and in the process murdering and raping and burning their way through the city slums and the rural villages.

This of course led to the “counterattacks” by those on President Mwai Kibaki’s side of the political divide. And thus we entered into the unforgettable, self-reinforcing, downward spiral of violence.

The only institution that might have prevented this from happening was an independent electoral commission that was widely respected and whose final decision – however bitter to any one of the two sides – would be widely accepted.

But that was the election at which Kenyans learned to doubt the electoral commissioners. And although the old commission has long since been disbanded, even now, roughly 50 per cent of the country believes that the 2013 elections were in turn rigged by the current lot of commissioners: the Independent Electoral and Boundaries Commission which replaced the disbanded Electoral Commission of Kenya.

Certainly, the primary rival for the presidency in that election, Raila, never loses an opportunity to remind his supporters that they were robbed of their legitimate victory.

But there was no violence, in spite of that conviction that votes had been “stolen”, because by 2013 we had something which we had not had in 2007 – a profoundly respected Supreme Court which could sit in judgement on such weighty matters as whether or not we had indeed had a free and fair presidential election.

Now, in case you have not heard, outgoing Chief Justice Willy Mutunga is now repeating what Raila said after the Supreme Court turned down his claim to have been rigged out in the 2013 election.

Barely a day goes by, but the Chief Justice speaks of the entire judiciary as being riddled with corruption despite his attempts at reform. In his latest statement, he insisted on a "lifestyle audit" of all Supreme Court judges.

This is something we have certainly not seen before. Even in the era of retired President Daniel Moi, it was standard operating procedure for an incoming Chief Justice to announce that he would reform the judiciary.

It was a sure way to gain some initial popularity.

Dr Mutunga, of course, followed in the footsteps of his predecessors, and promised reforms coming in. But he has taken it much further: as he prepares to leave office, he speaks of Kenya as a “bandit economy” and further speaks of corruption in the judiciary as a cruel fact of life.

So we are back to where we were when in 2007. Back then, Raila was challenged by the Kibaki team to go to court if he felt the election had been a massive fraud, which had denied him the presidency. And he replied – more or less – that he was not such a fool as to take this matter before a High Court so thoroughly corrupt as to be incapable of rendering fair judgement in something this important.

That is what Ambassador Godec was essentially reminding us: we are back at a point where both our electoral commission and our judiciary are considered by a good part of the country to have no moral authority to serve as an independent arbiter in the event of a disputed presidential election.

Wycliffe Muga is a political