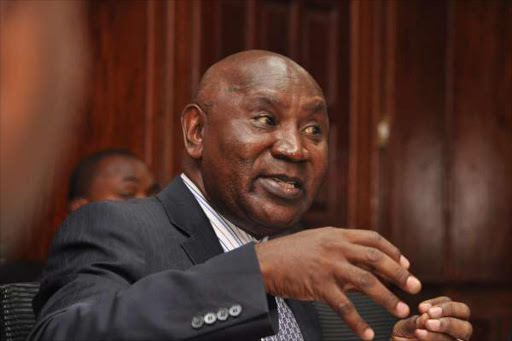 More Bark and bite: Auditor General Edward Ouko before the Parliamentary Accounts Committee of the National Assembly on June 18. Significant gains have been made in the management of public funds.

That we are discussing the Auditor General’s report on Twitter and Facebook is a success. The Auditor General has come under pressure and criticism for his alleged portrayal of some state departments as corrupt and his presentation regarding the use of public funds in those departments.

These reports are, however, not new. Over the past five years, the Auditor General has perennially told Kenyans how more than a third of the annual budget is spent without satisfactory explanation as required by law. Some of the most common irregularities include excess expenditure without approval from Parliament, imprest balances not recovered or accounted for at the end of the financial year and expenditures without credible supporting documentation.

The current debate is centred on the roles and responsibilities of the Auditor General and his latest report showing some Sh67 billion was allegedly spent without satisfactory supporting documentation and following due process.

This is so far the best we have come in terms of scrutiny of the handling of public finances. Significant gains have been made regarding the management of public funds that we need to be proud of and work even harder to sustain and improve on. Most of these are connected in one way or another to constitutional provisions.

Foremost, we have improved the audit framework by establishing a stronger audit office with more powers and that is protected by the constitution. The Auditor General has more muscle, more bark and bite.

This is why people are running to the media to convince the public of their innocence or to attempt to clarify matters. Ten years ago, the Auditor General would not have had the courage to talk about such issues in public.

Secondly, we have enacted legislation and set up public institutions that ensure public money is properly appropriated, allocated, spent and accounted for. The Public Finance Management Act 2012 and the Office of the Controller of Budget are cases in point. We have adopted an Integrated Financial Management System that will improve budget implementation and ensure timely and accurate fiscal reporting. The government introduced a more open programme-based budgeting framework in 2013-14 that has improved budget documentation and increased public participation in resource allocation and monitoring of budget implementation. And Treasury is reviewing procurement regulations to make them more open and credible.

So, in as much as the Auditor General’s reports are generating a lot of heat and light that is not good for trade and investment as some private sector players are arguing, it is a good thing. We are moving in the right direction as a country, at least when it comes to strengthening public institutions and empowering Kenyans to be more interested and involved in the handling of their money.

This is because little follow-up action is taken or recommendations made in audit reports. The Executive, especially, does not provide apt responses to the Auditor General’s reports. This has given the false impression that nothing is done eventually and runs the danger of not deterring impropriety.

Secondly, there is an incestuous relationship between Parliament and the Executive, especially in the current administration, that prevents the legislature from effectively discharging its oversight duty. One would expect that with a detailed report on mishandling of public money, Parliament would be all over the Executive demanding answers. But the Parliamentary Select Committee charged with this responsibility is itself weighed down and distracted by allegations of corruption.

Kenyans must keep talking and having honest conversations about public finance management. We must also keep pressing the Executive, through civil society and the media, to provide satisfactory responses to audit reports. Kenyans must also increase pressure on the Ethics and Anti-Corruption Commission and the Director of Public Prosecutions to investigate and prosecute public officers who steal public money and hide behind ethnicity and petty politics. The Auditor General’s office is not immune to scrutiny either.

The author is a research associate and director for Policy and Research at the Africa Centre for People Institutions and Society. Twitter @okwaroh.

Post a comment
WATCH: The latest videos from the Star
by KENNETH OKWAROH
Columnists
19 August 2015 - 06:45
Read The E-Paper