We must strengthen our institutional frameworks beginning with politics.

• In the long run, the government should focus on how to improve productivity across all sectors of the economy to generate more revenue. 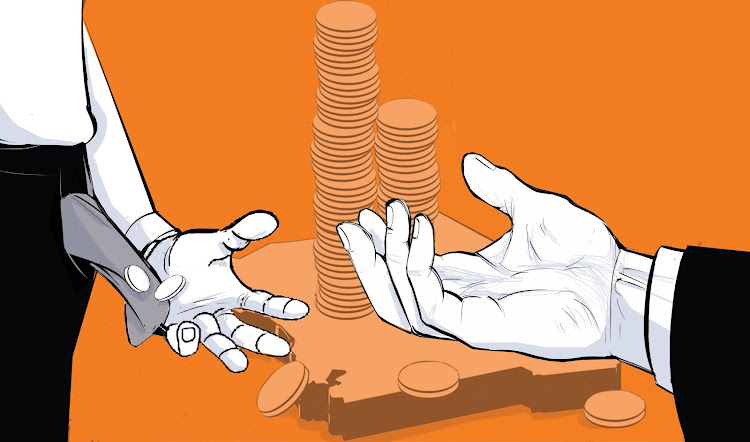 A country’s ability to improve its standard of living over time depends almost entirely on its ability to raise its output per worker, so said Paul Krugman.

The world has been facing strong headwinds economically, which has been occasioned by the political crisis in Europe caused by the Russia-Ukraine war, prolonged effects of the Covid-19 pandemic, the slow down of growth in China and the effects of climate change, especially on agriculture.

Kenya is hard hit owing to the prolonged drought — the worst in 40 years —, which has wreaked havoc on both human and animal life. This has strained the economy leading to high inflation, reduced productivity across all sectors and reduced revenue generation.

To generate more revenue, the government has resorted to increased taxation and a campaign to bring under the tax brackets all citizens by requiring all ID holders to acquire PIN numbers. However increased taxation will only provide short-term solutions.

Increased taxation further stifles economic growth by reducing incentives to supply labour. It also reduces investors’ appetite for take investment risk, thereby killing entrepreneurial spirit. In the long run, the government should focus on how to improve productivity across all sectors of the economy to generate more revenue.

The government should also urgently address resource misallocation and tackle barriers to the use of existing resources. Nearly 50 per cent of the land mass of the nation, especially in the five northern counties of Marsabit, Wajir, Garissa, Mandera and Isiolo have plenty of unutilized resources including manpower and water reservoirs. These untapped resources present boundless opportunities for economic growth.

However, little effort is being put to commit these resources to use. Concerted and consistent effort must be made to put these idle resources to economic use. How about the national government crafting 20-year development plan in cooperation with the five counties and development partners?

The government should also focus on innovation by adopting technology to develop high-value commercial activities and improve economic performance. Countries in the Middle East, China and India have leapfrogged their economies by use of technology.

Israel, though a desert and half the size of Wajir county, is a net exporter of fruits, flowers and technology. A key area that needs focus is climate smart agriculture. An action plan and strategy to combat or address impacts and encumbrances of climate change that pose existential threat to the development of the nation is needed. The greatest threat posed by climate change is food security, resulting from severe water shortage as a result of drought. This in turn has a knock-on effect on sustainable development.

As a nation, we also need to put greater emphasis on skills development particularly in the fields of science, engineering, technology and Maths.

There is need to revamp and improve vocational training institutes across all counties to be centres of technical and research excellence. India has placed prominence on technology for the last 50 years. Currently, the top CEOs of tech firms in Europe and America are Indians who have graduated from India Institute of Technology, a central government owned public technical institute governed by an Act of Parliament. This institute has revolutionized the use of technology in all sectors of India’s economy, including healthcare and agriculture.

Lastly, we must strengthen our institutional frameworks beginning with politics. The cutthroat competition and ‘winner takes it all’ mentality that characterizes our politics breeds distrust and hatred that leads to a vicious cycle that puts the country on political tenterhooks for five years. Rule of law, constitutionalism and respect for and observance of the independence of constitutional commissions is paramount.

Rule of law strengthens the trust of the people and the international community in our country and gives incentives to invest and engage in productive services leading to higher economic growth and increased revenue generation.

Abdille Yussuf is the speaker of Wajir county assembly

Post a comment
WATCH: The latest videos from the Star
by ABDILLE YUSSUF
Opinion
17 January 2023 - 05:00
Read The E-Paper