IBRAHIM RASHID: Why Ruto-Rigathi Presidency is a new dawn for Northern Kenya

•Indeed, there is no place in our country that this presidency can overturn the hopefulness than the North Eastern Region. 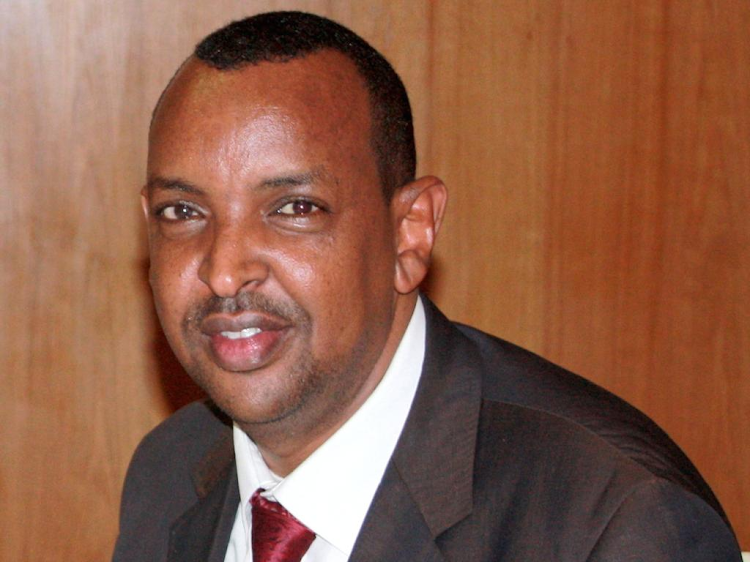 Advisor in the office of the Deputy President Ibrahim Rashid.
Image: COURTESY

While the tide is turning across the country, for the first time hope and the falconer can hear the falcon that is Northern Kenya as William Ruto gets down to work as fifth President of the Republic of Kenya along his deputy Rigathi Gichagua.

Indeed, there is no place in our country that this presidency can overturn the hopefulness than the North Eastern Region.

Since independence, Mandera, Wajir, Garissa have contended with a lack of basic services such as tarmac roads, water, health facilities and electricity from the national grid.

The region is not connected to the rest of Kenya by tarmac road bridging the 760 km stretch is hardly motorable.

All that has existed has been mere tokenism in provision of these essential services.

During, the first term of the Jubilee Government, the NEDI (North Eastern Development Initiative), a World Bank portfolio of $2 billion that was akin to the Marshall Plan enacted in 1948 to provide economic recovery for Western European economies at the end of World War II, was signed in Garissa County in 2018.

The NEDI portfolio was a significant gamechanger and saw the establishment of a network of roads in the the counties there.

The plan envisaged upgrade of the Isiolo-Modogashe-Wajir-Elwak-Mandera road, to ease transport to the arid northeastern Kenya that has remained inaccessible and separated.

The project proposes upgrade to bitumen-standard of a road that has for the longest time been earthen, with dismal level of maintenance.

The 760km stretch has remained untarmacked since independence, by design or default by successive governments from Kenyatta I to Kenyatta II.

Could the Ruto-Rigathi administration be the saviour? We wait with bated breath.

Their presidential campaign promised to give life to the NEDI portfolio in their first 100 days in office. An entire chunk of the nation awaits their consonance.

Other major projects are the abattoirs in Wajir and Isiolo, counties that are home to underutilised international airports, economic potential and close proximity to an Arabian market that currently trading with Somalia and Ethiopia as livestock catchments.

Would it not make sense then to expand the Kenya Meat Commission beyond Athi River to ensure the leather Industry is devolved to the respective counties that are the main suppliers of raw meat, hides, skins, hooves to the chain? This is a golden goose for the Exchequer’s tapping.

Third, various funds run concurrently but not complementary or interfacing with the NEDI.

All these funds would greatly transfigure and remodel the region if operated under one umbrella for ease of coordination and avoid duplication under a special programme or even the Presidential Delivery Unit.

The region is pregnant with expectations of this third independence band since the 1963 and subsequent birth of Devolution under the 2010 Constitution.

The Kenya Kwanza Manifesto clearly stipulated that no region would be marginalized under provisos of the 2010 Constitution.

That devolution only provided for a shared prosperity and exploring of comparative advantage in every of the 47 counties.

The NEDI or pastoralist belt has to explore their livestock, renewable energy and farming resources to mitigate against the cyclic climatical changes that shower drought, hunger and conflict among the communities.

Herein lies the falcon’s prayer that the Ruto-Rigathi falconers put paid to the, perennial pastoralists’ scourge of cattle rustling, drought-induced hunger and profiling of communities when applying for identification and travel documents and become an integral co-pillar of our nation’s rebirth.

Ibrahim Rashid is an Advisor, Office of the Deputy President

Post a comment
WATCH: The latest videos from the Star
by IBRAHIM RASHID
Opinion
22 September 2022 - 23:40
Read The E-Paper