Raila Odinga is the Agwambo, a living spirit that communicates with the dead.

•William Ruto has as his middle name Samoei. Koitalel arap Samoei was the great Nandi freedom fighter whose skull the British still keep as a trophy.

•I am surprised that Ruto has not joined the campaign to have Koitalel’s skull returned. 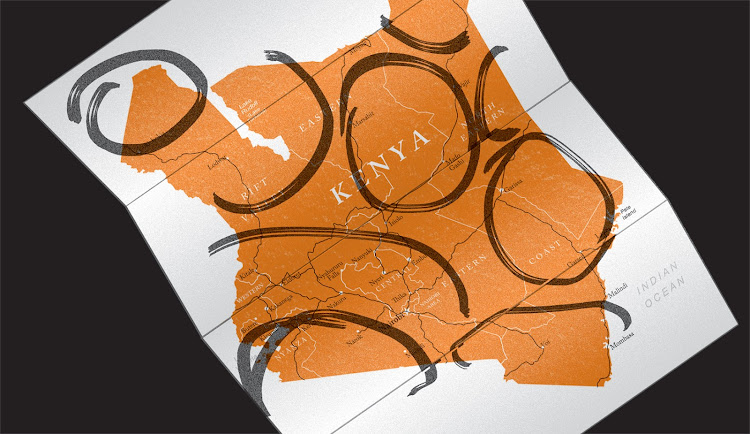 You underestimate them at your peril, politically speaking

Those who want to erode their following should never underestimate their genius. I have always believed it is a very bad strategy to attack them individually. I believe that strategy reinforces rather than erodes the following that ethnic barons enjoy. One of their key strengths for mobilization and organization is the creation of myths about themselves.

Let me start with the “King” of my community, the Akamba. I have heard it from my community people, some educated, praise Stephen Kalonzo as being endowed with supernatural attributes.

Living in Tseikuru he has been a constant swimmer in the crocodile-invested Tana River. When he decides to swim, I am told, the crocodiles either make way or hold a guard of honour as he swims.

Raila Odinga is the Agwambo, a living spirit that communicates with the dead. Raila never misses an opportunity of walking to the coffin, having a “dialogue” with the deceased before taking his seat among the mourners. That kind of spiritual power was also associated with Dedan Kimathi.

My mother told me, during the height of the Land and Freedom War of Independence, that the British were unable to capture Kimathi because he was able to transform himself into various animals, insects, and invisible ghosts. My young mind believed Kimathi would help us with our colonial oppression in Kitui. He did, for their entire country.

William Ruto has as his middle name Samoei. Koitalel Arap Samoei was the great Nandi freedom fighter whose skull the British still keep as a trophy. I am surprised that Ruto has not joined the campaign to have Koitalel’s skull returned. Indeed, I always hoped that with Muthamaki Uhuru they would agitate for the return of the skull as well as ensure the remains of Dedan Kimaathi were given a heroic burial. I thought so because they claimed that their indictments at the International Criminal Court was the work of the British imperialists, among others!

Let me also mention the organizing and mobilizing genius of Prophet Dr David Owuor. I hold in awe anyone who is able to get their followers to clean the streets they walk on during religious crusades. I have seen this Prophet treated in this manner. May I remind Christians that in his three years of his ministry in the world Prophet Jesus (to the Muslims) and the Son of God to the Christians, Jesus never received such treatment. I believe the nearest treatment he got was when Mary Magdalene washed his feet with perfume.

I have never underestimated the genius of political and religious leaders ever. I have become a serious student of how they capture the imagination of their followers. These are talents consolidated over nearly six decades since independence. What is important is that these myths have always been resisted with the success that has see-sawed over the same period.

That resistance belongs to various movements that historians are yet to comprehensively record. As I argued in my last column it is my belief that these myths and divisions are facing a waning political crisis.

As I have said, we have to learn from their strengths and confront them in a constant and continuous struggle. The 2010 Constitution gives us various sites of struggle to wage this war against these strengths.

The politics of issues is gaining roots. Social reforms have become clear demands as demonstrated by mass action during the Covid pandemic. In one of my past columns, I discussed how whoever comes to power can be held to account in the first 100 days with demands for recovery of grabbed lands, collection of taxes, focus on sovereign debts, and the invocation of sites of struggle in the implementation of the Constitution.

There will also be activism around the promises that have been made in the Manifestos of both coalitions to test the political will to implement them.

Koert Lindyer, a renown Dutch journalist, once evaluated our elections with a captivating headline: People Vote, Cartels Rule. This was an insightful evaluation of our democracy, freedom, and our periodic elections.

Those we elect are enslaved by cartels and other national and foreign forces and interests. The issue of foreign occupation (military bases, and economic interests), domination, and exploitation is rarely addressed.

Pan-African and Global African movements that we should be part of (Black Lives Matter, The Accra Declaration on Reparations and Racial Healing) are rarely taken up by the media, civil society organizations, and public intellectuals.

There has been no movement in Kenya yet that calls for our troops to leave Somalia and the Democratic Republic of the Congo. We do not discuss the possibility of the East African Currency and other developments within the East African Community.

I must concede, however, that James Mwangi, our billionaire banker touched on this issue, and I observe that it has not been taken up seriously. Should we not now interrogate the view that the interests of our comprador bourgeoisie are always aligned with the imperialist bourgeoisie? Are the contexts of dis-alignment emerging in certain areas?

There is much work for alternative political leadership in Kenya. I believe pretty soon we are going to see the launch of the People’s Opposition based on the sovereignty of the Kenyan people as decreed by the Constitution.

Kenyans must now make their sovereignty count by breathing into life their responsibilities under the Constitution.

Conciliatory Ruto thanks Raila for peace

Says Uhuru will be respected for promoting growth and advocating harmony.
News
1 month ago

MUTUNGA: What really ails the IEBC