Kenyan voters should be the wiser this time round and vote only for candidates that pass the integrity test.

•IEBC’s role is not limited to ensuring a credible, free and fair election but also extends to making sure only persons of impeccable character are allowed to contest in elections.

•As of January this year, 10 out of the 47 governors were either facing a criminal charge or had been prosecuted in the past. 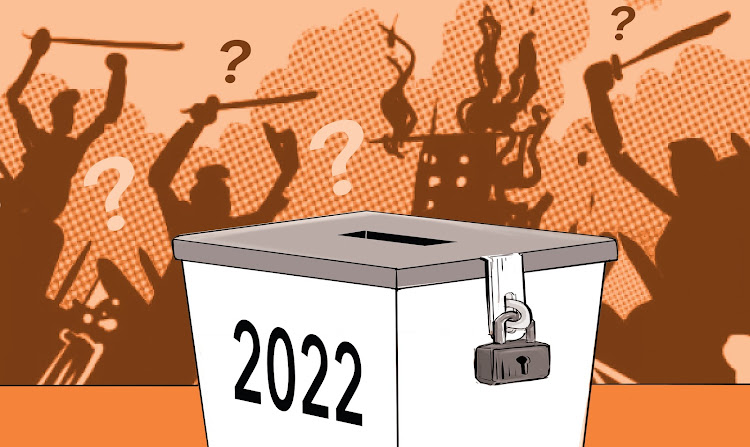 The decision by the Independent Electoral and Boundaries Commission (IEBC) to clear several candidates to vie for various elective positions, in spite of allegations of corruption, angered many Kenyans.

To start with, the commission went ahead to clear some 241 aspirants even after the Ethics and Anti-Corruption Commission (EACC) had warned it would not clear them over integrity issues.

The implication of this brazen act by the electoral body in disregarding the warnings by EACC is a clear demonstration of IEBC’s refusal to uphold the constitutional and legal principles governing integrity in leadership.

Some of the individuals in question are accused of serious criminal offences ranging from embezzlement, murder, rape, fraud and forgery.

One of them is a legislator convicted of fraud in a case involving the theft of millions of shillings. Yet another, an incumbent governor, is currently battling a serious case in court.

IEBC has defended its decision to clear such persons to run for elective office by arguing that the presumption of innocence is the constitutional right of anyone charged with a criminal offence. But how the electoral body went ahead to clear a person whose conviction is yet to be overturned by a court defies logic.

What if the conviction is upheld when the person is already in office? Wouldn’t it make more sense to demand such a person clears their name first and thus spare voters and taxpayers the agony and expense of a by-election?

In the same vein, five former Homa Bay county officials were last month convicted of stealing Sh27 million from the county coffers. Incidentally, one of them had been cleared to contest for a seat. Again, there is something seriously wrong at IEBC if an individual found by a court as having a case to answer, one of the critical steps leading to a criminal conviction, can have his name printed on the ballot.

Such clear-cut cases where the electoral agency would have invoked Chapter 6 against persons whose candidature was a risk of being nullified by operation of the law (conviction), but chose not to, also raise serious questions regarding the commitment of IEBC to ensuring the national values and principles espoused in Article 10 including integrity, transparency and accountability are honoured.

IEBC’s role is not limited to ensuring a credible, free and fair election but also extends to making sure only persons of impeccable character are allowed to contest in elections.

Only candidates who demonstrate the willingness to abide by the Constitution and Leadership and Integrity Act 2012, among other laws governing proper conduct and character of public and State officers, should be given the nod to contest elective office.

In a few days, Kenyans will elect their leaders. Apart from the president, the governor is the most prized elective seat given the vast public resources it controls.

According to the Commission of Revenue Allocation (CRA), the 47 counties in Kenya have since 2013 spent close to Sh3.2 trillion. This is a colossal amount of money and to be fair, a lot of development has been achieved through devolution.

However, the scorecard as far as integrity in county leadership goes is nothing to celebrate given the numerous cases of rogue governors being hounded out of office for criminal conduct.

As of January this year, 10 out of the 47 governors were either facing a criminal charge or had been prosecuted in the past.

Two governors have been impeached for corruption and abuse of office. A total of six impeachment proceedings have so far been held in the Senate. This glaring lack of probity by persons holding such an important constitutional office should be a major cause for worry not only for IEBC but also for the electorate.

At this rate, Kenya could soon go the Nigerian way where at least seven former governors have in recent years been jailed for corruption and money laundering.

Kenyan voters should be the wiser this time round and vote only for candidates that pass the integrity test. That is, they have demonstrated through word and deed, their willingness to shun corrupt practices and instead embrace selfless service to the people based on honesty and respect for public office.

This applies to all elective positions from President to MCA. Each is entrusted with public office and resources hence the need for strict scrutiny of their character.

If IEBC is not willing to weed out disgraced characters, then we the people, in the exercise of our sovereign power under the Constitution, must see to it that only men and women of integrity, good moral standing and who are law abiding citizens, are elected to public office.

Mr. Rienye is an Advocate of the High Court of Kenya ([email protected])

Voters are obligated to elect leaders of integrity in to office
Opinion
1 week ago
WATCH: The latest videos from the Star
by ALEX RIENYE
Opinion
05 August 2022 - 12:51