Liberation is the prize we must keep our eyes on.

•Interrogation and critiques of neoliberalism and imperialism have never stopped.

•The world faces a great opportunity not only to overthrow the current status quo but also to interrogate what paradigms replace it. 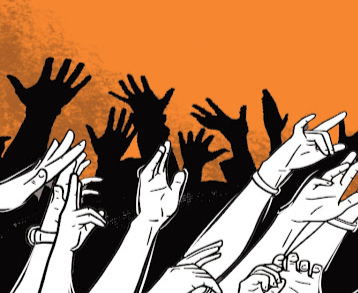 The planet will be liberated when each country in the Global North and South win people’s victories against the status quo in the world.

Solidarities among the progressive and revolutionary forces in the Global South and North will rid the planet of an unjust, racist, sexist, ecologically unsafe, unequal and inequitable, exploitative, and colonialist global status quo that puts profits before the people of this planet.

There exists now a great search for a paradigm that would liberate the planet and usher in one that is socialist.

This great search involves interrogating the histories of socialist countries that collapsed, and why socialism collapsed.

Interrogation and critiques of neoliberalism and imperialism have never stopped.

The world faces a great opportunity not only to overthrow the current status quo but also to interrogate what paradigms replace it.

I will hasten to add the paradigms that have critiqued colonialism and imperialism since the 19th century have not been proven wrong.

Indeed, the creativity of these European paradigms has been indigenized in many countries in the world. Latin and South America have never been left behind in these struggles.

Celebrating the People's Victory in Colombia and Latin America

It is in this realization that we should celebrate the people’s victory for the progressive forces in Colombia.

Gustavo Metro and Francia Marquez will be sworn into power in Colombia on 7 August 2022.

They emerged victorious in the run-off elections in Colombia on June 19, 2022. This victory came from the overwhelming support of an electoral alliance of the mass of the poor peasantry, indigenous peoples, and mobilized Afro-descendants.

In particular, the leadership and political courage of Francia Marquez pushed the society beyond 200 years of oligarchic rule and quasi-feudal slavery.

Since 1948, Colombia has been the site of massive militarism with death squads executing rural and urban social leaders, peasants, workers, students, indigenous people, and Afro-Colombians.

Francia Marquez mobilized Afro-Colombians in all parts of the country to achieve this milestone victory.

With the victory of progressive forces in Chile earlier this year, and the victories in Peru and Honduras, the people of Latin America are making a firm break with neoliberal capitalism and imperialism.

The Global African Community (Africa and the African world) must now support Afro Brazilians who are engaged in a major struggle against the neo-fascist Jair Bolsonaro.

Relating these People’s Victories to Kenya

Kenyans tend to be insular, enslaved by politics of division (ethnicity, race, religion, region, clan, class, gender, generation, circumcision, English Premier League, to name some of the stark examples) that our ethnic barons do not ever disappoint.

I believe we never paid close attention to the Arab Spring, the struggles next door in Sudan, and the war in Ethiopia.

We have not mobilized our people against the deployment of Kenyan troops in Somalia and the Democratic Republic of the Congo.

We are not excited about the resurrection of radical PanAfricanism. Above all, and nationally, we are not incited by politics of issues.

We have made gains that we have consolidated, but not always made sure that those gains are not clawed back.

After 60 years of political leadership by the comprador bourgeoisie, we need to think through seriously about the liberation of our Motherland.

We also need to interrogate how these countries seem to have electoral justice that guarantees free, fair, acceptable, and credible elections. Is it because of serious mobilization and organizing? Is it because of politics of issues within consistent and continuous resistance politics?

These questions would be easy to answer if our national movements forged solidarities with these external movements.

Supreme Court Judges in Kenya visited Colombia in 2015. We had visited India and South Africa also. The reason was that these three countries had transformative constitutions and constitutionalism.

We yearned to learn from these other jurisdictions. Indeed, some High Court judges had visited Colombia before we did.

We created solidarities among the judges and intellectuals in these countries. I believe our transformative jurisprudence owes a lot to these exchanges.

The Judiciary Training Institute, led by Professor Justice Joel Ngugi, made sure these exchanges continued. How I wish Kenya had a progressive leadership like the Colombian one so that struggles to liberate our Motherland exist within both judicial and political power.

Keeping our eyes on the prize

As we continue to monitor, celebrate, and glorify victories elsewhere, let us also focus on the gains our resistance makes in our Motherland. Let's resist the politics of division. Let us embrace the politics of issues. Let us resist monetization of our politics. Let us always remember we are still enslaved by imperialism and the comprador bourgeoisie.

Liberation is the prize we must keep our eyes on.

Willy Mutunga served as Chief Justice and  President of the Supreme Court between 2011-2016.