What makes roulette so popular in Kenya?

The game of Roulette has gone through many changes since its humble beginnings. 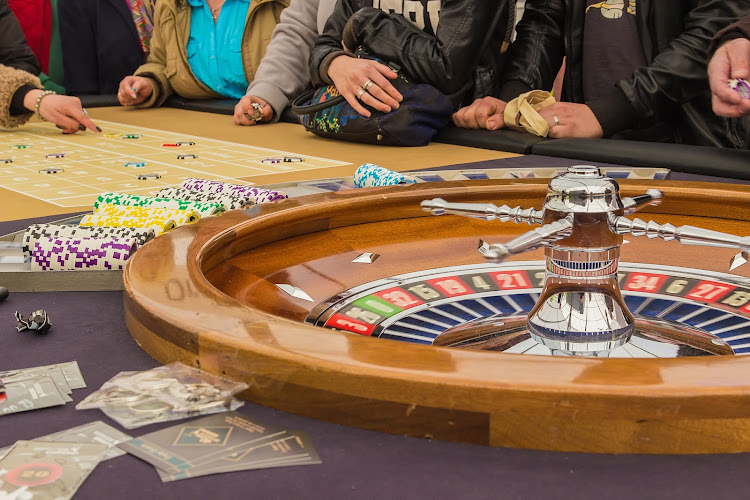 When compared to other casino games, Roulette remains one of the most popular games.

Before we take a look at many different forms of the game you can play at numerous different casinos, we briefly examine the history of the iconic classic table game.

Most experts and historians who study the history of gambling and gambling activities believe the very first Roulette game was devised by French gamblers sometime in the seventeenth century.

When discussing the history of the iconic casino game, we have to mention the name of a renowned French mathematician and physicist Blaise Pascal.

According to most sources, Blaise Pascal is responsible for the beloved game we enjoy today.

In fact, historians and experts in the field agree that the game was born as a result of Blaise Pascal’s work done in an attempt to devise a Perpetual motion machine.

A machine of this can continue operating even if it does not use energy from any external source. If we take a look at the basic physics laws, this appears impossible.

The game quickly spread across the world, reaching all continents. When it comes to Kenya in particular, along with other African countries, the game gained a lot of popularity with the invention of online casinos, which made it available to the masses and allow players to play for appropriate stakes.

The game’s popularity in Kenya has been propagated by casino operators such as Betway, who realized the potential of the market and introduced numerous options for the local players.

Today, Roulette is one of the favorite forms of gambling in the country, with reports of huge wins from major online casinos frequently making the local headlines.

Today, there are hundreds of different roulette sites that offer many different online Roulette games.

Online roulette sites operate legally across the globe in all jurisdictions in which online gambling activities are legal, including Kenya.

The best online roulette sites in Kenya, as detailed at Roulettesites.org , feature quite a few different online Roulette games. The most popular are include European, American, French, Multi-Wheel, Multiplayer, Premier, and Live Roulette.

These are all very modern Roulette games whose gaming sessions have little in common with the very first game Blaise Pascal unintentionally created.

As most casino players know, the most popular form of Roulette comes with a single zero pocket.

However, the very first form of the game did not include the zero pocket until the nineteenth century.

The wheel created by Pascal remained in its original form for two centuries before some changes were finally made to modernize it.

More specifically, the game was modernized for the first time in 1843 when brothers Lois and Francois Blanc introduced a new wheel that included a single zero pocket. The game was created by the brothers for King Charles III.

Needless to say, this was a major deal since by adding a zero pocket, the casino was given a higher house edge. At the time, the game was not widely spread in Europe.

However, King Charles III decided to introduce the game to the masses to tackle the financial troubles that his kingdom faced at the time.

This is when the king built a luxurious gambling establishment, and the very first game that was included was Roulette.

Shortly after the casino started operating, it attracted attention from locals and foreigners coming from all over Europe.

It was not long before the casino with its Roulette games became one of the most important factors in the tremendous growth of the gambling industry of Monaco.

The modernized game with the single zero pocket appeared on the scene around the same time that legislators in France outlawed most forms of gambling.

With gambling activities forbidden in France, Monte Carlo became one of the most popular destinations for European gamblers.

The game of roulette coming to other countries

Back in the 1800s, the iconic game found its way into the United States. However, the game in the United States gave the casino an even higher edge as a double zero pocket was included to the wheel.

While European Roulette games include thirty-seven numbers, the American version of the game includes thirty-six numbers, zero and double zero.

Once the game sailed over to the United States, its popularity skyrocketed.

Thanks to the advent of the Internet, we get to enjoy the game in an online setting at the best online roulette sites. As detailed in the previous section, the history of Roulette and its timeline goes as follows:

In fact, the rise of iGaming venues we have witnessed over the last several years made online Roulette games accessible to almost everyone in the world.

Like fans of slots and Blackjack games, those who prefer online Roulette are also spoilt for choice.

Despite their geographical location, players get to enjoy many different online Roulette games, and this amazing variety is one of the major factors behind the global popularity of the game.

Naturally, there are some other factors that contribute to the game’s high rank among other casino games, and we explore these in the following section.

Why Online Roulette is Such a Popular Casino Game?

According to a report released by GeoPoll, most gambling activities in Kenyan are enjoyed via mobile devices.

The availability of different online Roulette games on mobile devices most certainly fuels the popularity of the game among Kenyans. When compared to other classic table games, such as Craps, Roulette is way easier to understand.

In other words, it features simple rules that everyone can understand, including those players who have never played the game before. Thanks to its simplicity, online Roulette leads the way when it comes to online classic table games.

If you play a European Roulette game, you have thirty-six numbers to choose from and each number corresponds to a certain area on the Roulette wheel. The numbered pockets come in two colors, black and white.

Once you have decided on your bet, the Roulette wheel spins automatically after you click on the Play button when gaming in an online setting.

From this point on, the game is mostly based on luck. Following pressing the Play or Spin button, a released ball spins around the wheel, before it eventually lands in one of the pockets.

With such simple rules, online Roulette, especially the European variety that features a lower casino edge, is an awesome game for all newbies.

The best roulette sites accepting Kenyan players also boast different live dealer games, such as European, Grand Casino, and Immersive Roulette by Evolution, Prestige, Grand, and Age of Gods Roulette from Playtech, and many others.

In addition to these, Kenyan online casino gamers have quite a few other exciting live dealer games to explore. These follow the same basic rules with an added twist.

However, gaming sessions are not governed by RNGs, but by real human dealers, just like when playing in a land-based casino setting.

When playing live dealer games, there is a great emphasis on socializing. In other words, with live Roulette games, you get to interact with dealers and other players, and this is something online casino games are missing.

Online and live dealer wheels also offer quite thrilling gambling sessions. The game itself is very dynamic and its dynamic, unique nature makes it extremely entertaining for both beginner and seasoned casino players.

With so many different online games, everyone can find a game to enjoy. Even if you have a tight budget, there is definitely an online Roulette game for you, as many different wheels accept smaller stakes.

The popularity of the game among Kenyan and other players is also fueled by the game’s awesome winning potential.

It is not a secret that a single bet on an online game can bring an amazing profit, although some believe it kills the culture of hard work in countries like Kenya.

Even though your chances of winning big when playing the game are not as high as with some other casino games, we are aware of many players whose dreams of winning big came true.

Great winning odds coupled with straightforward rules and the game’s dynamic nature make online Roulette one of the most favorite casino games among gamblers.