DISMAS MOKUA: Voters must punish MPs for hooliganism in Parliament

The legislators vomited on Kenyans in a rare display of sycophancy to please party leaders. 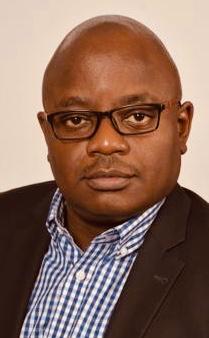 Kenyans were shocked on Wednesday when some members of the National Assembly decided to use brawn instead of brains to express themselves on the Political Parties ( Amendment) Bill, 2021.

Some members of the National Assembly abandoned the power of logic to convince their colleagues and degenerated to fistfights.

Indeed, there are pictures suggesting that a member of the National Assembly suffered injuries.

The member has been asked to visit a hospital while Minority Leader John Mbadi was suspended from the House for five days.

Kenyans expect members of the National Assembly to exhibit civility in the conduct of parliamentary business consistent with Chapter Six and Article 10 of the Constitution.

Civility in the conduct of parliamentary business is an indispensable proposition.

Voters should consider punishing those members of the National Assembly who assaulted civility and desecrated the altar of Article One.

These legislators vomited on Kenyans in a rare display of sycophancy and octane loyalty.

It is not unusual to have dull sessions when matters of national and public interest are in the Order Paper.

Indeed, Kenyans expect legislators to deploy kinetic energy when discussing matters around the cost of living.

This is not the case. Kenyans must now manage their expectations.

It is easy to come to the conclusion that the unacceptable, uncouth and uncultured behaviour of members of the National Assembly is anchored around the 2022 general elections.

A primary look at the pain and pleasure principle suggests that high octane politics seeks to attract the attention of their party leaders.

A number of members of the National Assembly behaved in such a disgraceful manner because such conduct makes their party leaders happy.

Happy party leaders can also offer other incentives including but not limited to front seat attention and admission to the inner sanctum.

Unhappy party leaders have been known to mercilessly punish legislators they consider errant.

All said and done, one wonders why Kenya has a fire fighting approach to critical national issues.

Didn’t the National Assembly leadership know that Kenyans would go to the polls next year?

The casual approach to national and public interest legislation must be condemned in the strongest terms possible.

The Nairobi-based political risk analyst spoke to the Star