Peace and security in North Rift through improved animal breeds

Traditional breeds are known for motivating laziness among people.

•Improved breeds may be a new concept aimed at bringing a sustainable peace and security between the communities in North Rift.

•The concept, if well adapted, will take away the causes of insecurity which have caused untold suffering to the communities. 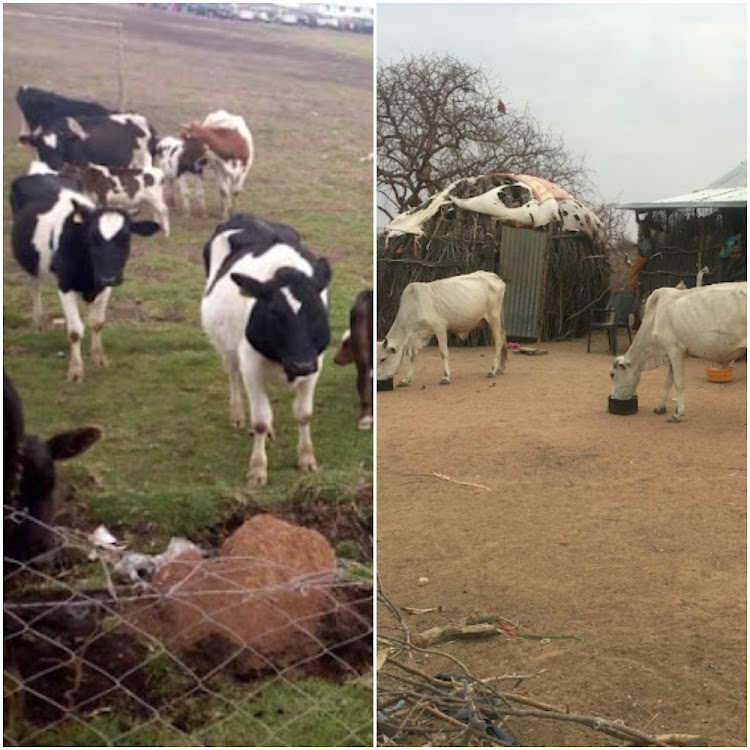 The elusiveness of peace and security in some parts of North Rift (Elgeyo Marakwet, Baringo, West Pokot, Laikipia, Samburu and Turkana) attributed to banditry of traditional animal breeds has been of great concern for long by the people, government and many stakeholders.

Spanning almost a century now, these communities have lived without peace emanating from the banditry of cows, goats, sheep and camels. This has resulted in loss of lives, property and other forms of livelihoods like crop farming as residents shun fertile lands to live in rocks and caves at the escarpments which has resulted in poverty among other challenges.

Improved breeds may be a new concept aimed at bringing a sustainable peace and security between the communities in North Rift. The concept, if well adapted, will take away the causes of insecurity which have caused untold suffering to the communities. Arising from this concept, traditional breeds motivate banditry, merciless killing, maiming and destruction of properties (violent banditry) leaving populations poor, hopeless and traumatized.

The traditional cows, goats, sheep and camels area highly resistant and resilient to hardships. They travel long distances, survive on some little water and pasture, resist parasites and disease etc. which make them attractive to banditry. Attacks by bandits are always met with resistance from the other communities or police leading to vicious and violent wars. Therefore, introducing modern breeds may go a long way in bringing peace and security since modern breeds don’t have the attractive characteristics of traditional breeds sought by the bandits.

Traditional breeds are known for motivating laziness among people because, they are only driven out to graze in open fields. This laziness, lots of time and idleness motivate the warriors to think banditry hence the plans to raid neighboring communities. The much time available to them could be used to search for pasture to feed modern breeds. Banditry hamper, farming, schooling, movements, businesses, etc. thus leading to instability, poverty and underdevelopment.

Traditional breeds have proven not to have much commercial value as compared to the modern breeds. Many of those who keep a large herd do so only for prestige. Depending on traditional breeds deny many children schooling opportunities as they are forced to remain at home to look after the animals which make their future bleak. The exposure of children to the animals other than formal education may only socialize them to pastoralist life as the only source of livelihood in their communities. This will not only condemn them to pastoralist lifestyle but also imprison their perspectives on life which includes violently banditry. To achieve peace and security, transforming livestock keeping from traditional to modern breeds is one of the feasible path ways.

The existence of traditional breeds inspires early marriages and polygamy as young men not ready enough to marry raid their neighbors and use the animals to pay dowry for young school going girls thus denying them their future. If this trend continues, it will only imply that the only way to sustain their marriage lifestyle is through banditry. One of panaceas to this challenge is the introduction of modern breeds as being done by West Pokot Gov. H.E J.K. Lonyangapuo and initiating modern forms of dowry like monetary etc.

Pasture and watering points have been cited as another serious issue of conflict among pastoralist communities. This is because of the large herd of traditional breeds which graze in the expansive arid and semi lands with little pasture and water. To stem this modern breeds that are fed at the compound can be introduced. The national and county governments with NGOs can assist the communities through training and Sensitization on these modern breeds. In addition, they can assist in marketing or converting traditional breeds into modern. The adoption of this initiative may reduce the conflict over pasture, thus restoring and promoting sustainable peace and security.

Banditry is rumored as being an enterprise by powerful cartels who largely benefit from it. They fund acquisition of illegal weapons used. Though not confirmed, it remains a story for another day. However, the change from traditional to modern breeds, may suffocate the supply to the banditry enterprise giving the cartels and sponsors no reason to continue based on cost-benefit analysis.

Modern breeds other than being seen as a step towards bringing peace and security, possess many advantages over traditional breeds which includes; high yield products, unattractive to banditry, enable schooling, development and other indirect benefits. Therefore, traditional breeds to modern breeds of livestock is one of the viable ways to promote sustainable peace and security between communities in the N. Rift Counties.

N/B: Another strategy of rearing of pigs, rabbits, poultry, bee-keeping etc. is also viable to promoting peace and security.