An escalation of a social or political conflict finds the state much less able to prevent or mitigate the crisis.

•Inequality within and between states is too often the result of exclusion on the basis of identity.

•That exclusion is often institutionalised in governance and economic relations at the national and global level. It manifests in stereotyping and bigotry. 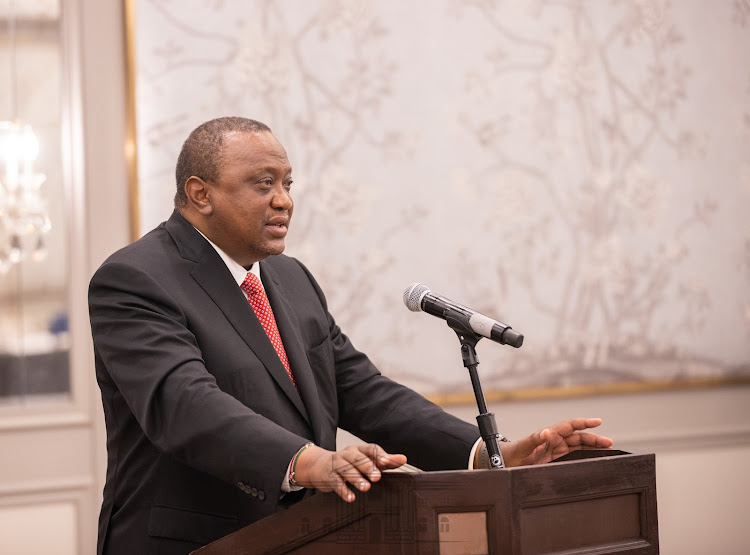 I thank you Excellency Secretary-General Antonio Guterres, Excellency President Paul Kagame, Excellency former President Thabo Mbeki and Honourable Fawzia Koofi for your insights. I am grateful to you for honouring my invitation to participate in this important debate.

The key message I want to deliver today is that poor management of diversity is leading to grave threats to international peace and security.

Inequality within and between states is too often the result of exclusion on the basis of identity. That exclusion is often institutionalised in governance and economic relations at the national and global level. It manifests in stereotyping and bigotry.

It leads to billions on the basis of their identities lacking employment or livelihood opportunities; communities and countries being unable to benefit from their natural resources; climate injustice; and an unfair trading system.

The result is a profound sense of grievance and bitterness that can easily be exploited by populists and demagogues. Especially when such feelings and narratives are carried by social media and its spreading of misinformation, disinformation, and narratives that are often laced with incitement and extremism tendencies.

It leads to trust in institutions deteriorating and state legitimacy weakening. It is fodder for terrorism, insurgencies, the rise of xenophobia, hate speech, divisive tribalism and racism.

An escalation of a social or political conflict finds the state much less able to prevent or mitigate the crisis.

Elections rather than serving to legitimise the state, in this environment of grievance on the basis of identity, only further the divides. They become zero-sum games in winner-takes-all contests that appear to pit racial, ethnic or religious identities against each other.

Images of desperate men and women on sinking rafts trying to migrate in pursuit of economic opportunity have become commonplace.

They point to an international political and economic system that is inadequate for the challenges of today and not adequate to meet the SDGs.

The inability of their countries to offer them viable opportunities is often the result of one-size-fits-all prescriptions and templates by powerful global institutions.

These fail to take into account the diversity and different needs of states as well as different contexts. They therefore perpetuate inequality and exclusion.

Vaccine nationalism, travel bans and red listing further inflame the divisions between the rich and the poor states.

These are all manifestations of the inability to deal with a diverse world. They are major factors in most conflict situations that the Security Council is seized of.

We need to deal with it. And that requires that we admit to the need to change our national and global economic and governance systems to manage diversity more effectively.

A necessary start is to restructure global cooperation and governance so that it truly accords to the principle that all peoples and countries are of equal worth.

We also need to change how we embrace diversity at the national and local level.

The state must be built to be a leading protector of national unity and cohesion. This means it must embrace, as a core duty, the respect for difference.

If the state is to demonstrate such a characteristic, the political leaders who lead it will need to emerge from a new politics of cohesion.

In deeply divided countries, a start down this road can be made by individual leaders demonstrating that though they may have deep political differences they can unite for the sake of the nation.

I am proud that Kenya has demonstrated this approach. In early 2018, Kenya was facing a dangerous politics of division.

Political differences were increasingly being communicated by politicians as ethnic rivalry and exclusion. It was not sustainable if we are to indeed build the prosperous and secure Kenya our people yearn for.

On 8th March, 2018, I had a famous handshake with the Leader of the Opposition. We did it to make the point to all Kenyans that our country’s cohesion and unity was more important than our political rivalry.

The handshake created a powerful surge of hope in Kenyans. Tempers cooled, we remembered that we were part of a Kenyan family and not defined by political rivalry.

It again became clear that we were fellow citizens, without regard to ethnicity or regional difference, and that we shared a common interest in peace.

The handshake was more than a political gesture. It was a political innovation that proposed to insert the safety, unity and prospering of Kenya at the core of our politics. We sought to build those safety rails into how the state is structured and works through a national conversation.

Kenya will continue to build and protect its unity. I hope that we sustain it, and that other countries come to a similar conclusion as we did. Our states would then be good at preventing conflict and also be exporters of stability and security to our neighbours.

It is against this backdrop, excellencies, that I chose today’s topic to inform our debate. I want to offer a few recommendations that I consider essential in the management of diversity that supports state building and sustainable peace.

First, in all states, whether democratic or not, we should place safety rails on political competition. This can be achieved by incentivising a political culture that does not endanger national cohesion by exploiting identity to divide and create enmity between citizens.

Second: We need to undertake thorough reviews of international institutions to consider whether they are fit for purpose in building a more inclusive world and managing diversity better. Particularly in times of crisis such the COVID-19 pandemic.

Third: We need to accelerate Security Council reform. The membership of the Council lacks transparency and inclusion.

Fourth: COP-26 in Glasgow next month will be an opportunity to ensure that climate change adaptation commitments are directed to accelerating development, investment and job creation particularly in the developing world. Climate adaptation must offer a clear and viable path to a green industrialisation for Africa and the Global South.

Fifth: States should be offered every assistance to develop internal mechanisms for national dialogue and reconciliation. They should establish early warning systems to avert conflicts and human suffering.

Sixth: The UN, regional organisations, and donor states should focus on state capacity building that delivers competence as opposed to the exclusive focus on good governance as a set of normative standards.

Seventh: The United Nations and its peace-building initiatives should include diversity management as a component of peace building and state stabilisation.

Eighth: we should initiate a collaborative approach between states, the UN system and social media companies to combat hate speech and incitement. This can include an agreed global code of conduct by companies, and the development of early warning tools to detect escalation trends and facilitate pre-emptive measures.

I look forward to the Security Council, and the UN overall, embracing some of the insights and recommendations I have made. I thank you.