War on graft: The wheels of justice keep turning

Arror and Kimwarer is a con that even Moi’s Government could not pull!

•For President Kenyatta, it clearly demonstrates his resolve and will to fight the War on Graft, a key pillar of his legacy agenda.

•This marked the first time a Cabinet Secretary has been successfully convicted of corruption and abuse of office during the tenure of their appointing authority. 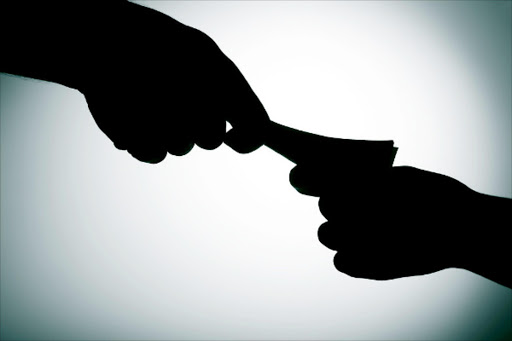 On the 15th of September, Hassan Wario, former Cabinet Secretary in President Uhuru Kenyatta’s cabinet between 2013 and 2017 was convicted of corruption and abuse of office over the mishandling of the Rio Olympics of 2016. He was among several others who were charged in October, 2018. This marked the first time a Cabinet Secretary has been successfully convicted of corruption and abuse of office during the tenure of their appointing authority. And the fact that it took less than three years from arraignment in court to conviction is a remarkable achievement for the institutions involved in the process. And for President Kenyatta, it clearly demonstrates his resolve and will to fight the War on Graft, a key pillar of his legacy agenda.

Few cases demonstrate the shamelessness of corrupt public officials like this one. The world over, Kenya is renowned for its athletics prowess especially in the middle- and long-distance races. In fact, it is unparalleled anywhere in the world. Nothing brings Kenyans together and gives us joy like Athletic competitions. When Eliud Kipchoge is shattering records previously considered inhuman to even get close to, Kenyans are united in unison. At that particular moment in time, Kenya is one with no tribes, just a joyful and celebrant nation. For anyone to taint a sport that gives a country so much joy is the height of moral depravity and impunity.

That a Cabinet Secretary and Athletics officials chose this moment to enrich themselves and grant personal favours to their family, friends and lovers at the expense of the actual athletes representing the hopes and dreams of tens of millions of Kenyans should really concern us. Looking at the former CS leaving court precincts after paying his meagre 3.6 million shilling fine, and literally showing Kenyans the middle finger, one could detect the contempt with which some public officials treat Kenyans and public resources.

As all this was happening, there are media reports that the court files for the case against former Treasury Cabinet Secretary Henry Rotich have mysteriously disappeared from the courts. And once more, the Judiciary rears the ugly head of corruption through the oldest trick in the book – disappearing files. Just when you thought efforts at digitization of the Judiciary would make cases like these a thing of the past, one of the most high-profile corruption case in Kenya’s history is derailed because of a filing system! The Arror and Kimwarer case is an even more audacious case of corruption that reads like an 80s case. In those days, what was known as “Cowboy Contractors” would get money from Government without even owning construction equipment. Back then, it was commonplace that a contractor would be given up to 40% of the tender amount upfront as “Mobilization Fee”. This money was meant to enable the contractor to move the numerous heavy equipment and personnel to the site of the construction for the start of the project. It was envisaged that huge capital projects would require a substantial amount of money to initiate and therefore the mobilization fee was meant to make this process easier and enable the contractor to sustain the workers on site for a period of time before the next payment.

Unfortunately, these Cowboy contractors had no intentions of doing the actual construction. What they would do was temporarily hire heavy equipment, move them to the site, have project engineers certify that the contractor was indeed on site and therefore approve payments for the mobilization fee. Once payment was done, the contractor would return the equipment to the owners and disappear never to be seen again. That seems to have been what happened in the Arror and Kimwarer case only that in this case, it was way worse than the Cowboy contractor cases of the 80s and early 90s! The contractor never moved anything to the site yet they were paid billions of taxpayer funds some of which ended up buying towels for hotels! Nearly 30 years later and in a more robust democratic and public finance management system, a Cabinet Secretary allegedly had the audacity to facilitate a corruption scheme that even those in the 80s could not! Arror and Kimwarer is a con that even Moi’s Government could not pull! The only scandal that comes close was the multi-billion shilling Goldenberg scandal where Pattni and his henchmen exported gold we did not have worth billions of dollars.

In a country where millions are currently staring at starvation due to severe drought in a huge portion of the country (the President recently declared drought a national disaster), scandals like this paint a picture of what others would call a soul-less country. When a former Cabinet Secretary convicted of corruption physically shows the country the middle finger yet his rural community in Marsabit is dying of famine and starvation, you know impunity and self-interest is a big problem in some of those who get into public office.

As we head into the next General Elections, we should insist as a country that the war on corruption must be top on the agenda of any serious candidate for consideration. We cannot and should not accept to even consider those that are well known for orchestrating some of these audacious modern day corruption scandals to bamboozle us with meaningless slogans meant to turn Kenyans against each other and get elected because if we do, there will be no country left when they are done!