We need a constitutional order that creates balance.

• To ensure that the President does not abuse this power by appointing the wrong people, the Legislature is given the power to confirm or reject the President’s nominees.

• The substantive president has responsibilities that cannot be brushed aside when carrying out any of his duties. 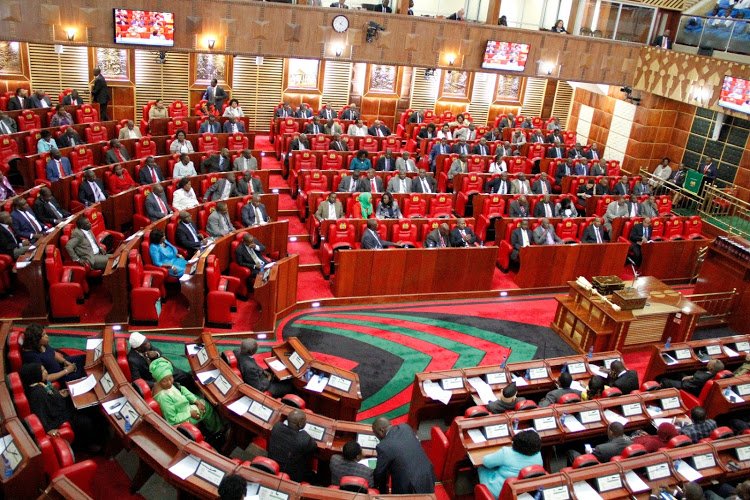 When he wrote The Spirit of the Laws in 1748, Charles-Louis, the Second Baron of Montesquieu, proposed the Separation of Powers in the execution of the three functions of government; executive, legislative and judicial.

He was concerned that where these three functions were discharged by the same person or body, then the person would have the capacity to be tyrannical and would take away the liberty of the people.

Charles-Louis saw it playing out in two ways. Firstly, by preventing the concentration of power in the hands of one person.

Secondly, by having each of the people executing the different functions acting as a check against the other to ensure they did not overstep their mandate.

This is what came to be known as checks and balances.

According to Charles-Louis, checks and balances were important as they prevented any one arm of government from becoming tyrannical.

Regarding the need to check the judiciary, he wrote:

Every constitutional order, therefore, provides for the ways in which each arm checks the other. None is trusted and each is treated as capable of taking away the liberty of the citizen unjustly.

The Spirit of the Laws itself gives many examples of how judges can abuse their position to hurt the citizen.

“In republics, the very nature of the constitution requires the judges to follow the letter of the law; otherwise, the law might be explained to the prejudice of every citizen, in cases where their honour, property, or life, are concerned.”

If we use the example of the American constitutional order, there are two ways in which the Executive and the Legislature check on the Judiciary.

Firstly, all federal judges in America have to be appointed by the President. This gives the Executive control over the nature of persons who become members of the Judiciary.

To ensure that the President does not abuse this power by appointing the wrong people, the Legislature is given the power to confirm or reject the President’s nominees.

Secondly, the Legislature is given the power to remove judges. In America, all federal judges can be impeached by Congress and tried and removed by Senate. This is a power that the two houses have used severally in the history of America.

In Kenya, there is a lot of confusion when it comes to the issue of checks and balances regarding the Judiciary. A very erroneous believe has crept in over the last ten years that the Judiciary is self-regulating and that the doctrine of Separation of Powers, when applied to Kenya’s constitutional order, does not involve checks by the other arms of government against the Judiciary.

This view was expressed by the Supreme Court in The Matter of the Speaker of Senate & another. The judges stated as follows:

“The system of checks and balances that prevents autocracy, restrains institutional excesses and prevents abuse of power apply equally to the Executive, the Legislature and the Judiciary….

Whereas the Executive and the Legislature are regularly tempered and safeguarded through the process of regular direct elections by the people, the discipline of an appointed and unelected Judicial arm of Government is largely self-regulatory”.

Indeed, we are even becoming intolerant to any other view on the Judiciary, with retired Chief Justices coming out of retirement to shout down anyone suggesting that the Judiciary must also answer to the other arms of government.

There are two issues we need to have a discussion on. The first of course is the role of the President in the appointment of judges.

Two of the issues that changed from the old constitution is the composition of the Judicial Service Commission and the requirement that the Chief Justice, his deputy and judges of the Supreme Court must face parliamentary approval.

My take would be that the substantive president has responsibilities that cannot be brushed aside when carrying out any of his duties.

This view would be perfectly in line with the doctrine of checks and balances by which the Executive has a role in containing the Judiciary.

Because of abdicating his constitutional responsibilities, the Speaker of the National Assembly has allowed the Judiciary to be the one that tells him what the powers of his arm of government are. How is that “checks and balances?”.

How does the National Assembly allow the judiciary to be the judge in its own cause?

We need a constitutional order that creates balance and that allows every arm of government the latitude to keep the others in check. There can be no liberty if only the powers of the Executive and the Legislature are checked. To use the words of the Supreme Court in The Matter of the Speaker of the Senate:

“No one arm of government is infallible and all are equally vulnerable to the dangers of acting ultra vires the Constitution.”