•They host half of the world’s rangelands. 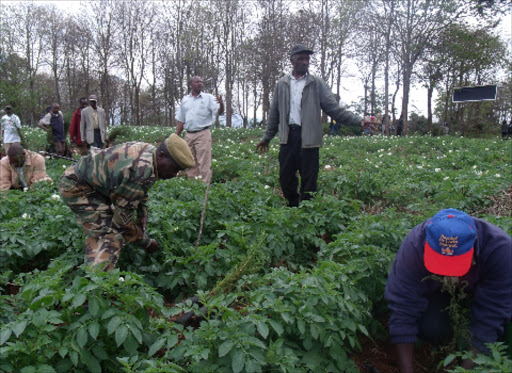 On June 2 and 3, more than 7,000 delegates gathered for the first digital conference on African Drylands. The virtual summit was organized by Global Landscapes Forum (GLF) where speakers and participants deliberated on the efficacy of drylands in Africa, and the importance of involving communities in sustaining them.

Keynote speaker, Ibrahim Thiaw, Executive Secretary, United Nations Convention to Combat Desertification (UNCCD), underscored the importance of safeguarding drylands which cover more than 43 percent of Africa’s land. “Drylands are more fragile to human activities and interruptions,” he said. These landscapes are quickly degrading because of climate change and practices such as over tilling, land sub-division and poor farming techniques that don’t allow the land to regenerate. This has led to lower crop yields and contributed to food insecurity. He emphasized, the land is humanity’s common treasure that we must all protect. He called on governments and all stakeholders to turn the present challenges to opportunities.

Inger Andersen, the Executive Director, United Nations Environment Programme (UNEP) stated that “healthy drylands are not an option, they are a must.” She called on governments and development partners to increase funding and support efforts to improve the standards of drylands in Africa. “Promises don’t put trees and grass in the ground. Promises don’t build ecosystems. Action does. To act with speed and purpose we need to get the finance flowing,” she said.

Opportunities in the Drylands

Globally, drylands host a third of the world’s biodiversity hotspots, and produce 44 percent of the crops. They are home to 40 percent of the world’s population, including 268 million people residing in Africa who rely on pastoralism. Drylands are rich with resources such as food products, minerals, animal feeds, timber products and diverse wildlife species. They host half of the world’s rangelands, are rich in biodiversity, rivers, wetlands, and are critical in curbing the ongoing climate crisis. However, due to climate change and human activities, Africa’s drylands are under threat.

Agnes Kalibata, President of the Alliance for a Green Revolution in Africa (AGRA), highlighted the main drivers leading to ecosystem degradation in Africa are over tilling of land, overgrazing and soil erosion. Unfortunately, the people lack access to alternative means of livelihoods. “The people that care for the land the most are the ones using it, and they degrade it because of limited access to other mode of production,” she said.

In 2018, the Kenyan government established the State Department for Development of the Arid and Semi-Arid Lands (ASALs), for the purpose of increasing more development in the drylands that are degraded and have been largely marginalized since independence. Kenya’s ASALs comprise over 80 percent of the country’s landmass and contribute 12 percent to the GDP. They host 36 percent of the population, 70 percent of the total livestock population, 90 percent of wildlife species that earn the country revenue through tourism activities, and have vast potential for renewable energy. But despite their copious value, they face the challenges of recurrent drought, poor infrastructure, lack of adequate social services, and poor land use practices.

Wanjira Mathai, the Vice President and Regional Director for World Resources Institute (WRI), raised the alarm during the conference on the dire consequences of neglected drylands. “when ecosystems are harmed, economies, biodiversity’s and the climate suffer,” she said.

Global Landscapes Forum, is the world’s largest knowledge-led platform on integrated land use and is dedicated to achieving the Sustainable Development Goals and Paris Climate Agreement. It is a consortium of several organizations including Center for International Forestry Research (CIFOR), UNEP, World Bank amongst others. The conference had more than 5,000 participants from 53 African countries with 70 percent comprising of the youth. The conference preceded the launch of the UN Decade on Ecosystem Restoration that was officially launched on June 5, 2021. The goal is to increase efforts in the restoration of vulnerable ecosystems globally.

Post a comment
WATCH: The latest videos from the Star
by FLORENCE GICHOYA
Opinion
14 June 2021 - 13:36
Read The E-Paper