Kenya's Wanjiku, the sovereign who never was

•Wanjiku delivered a new Constitution that fundamentally altered her status and promised a form of governance never experienced before.

•Unlike the retired Constitution, the Constitution of 2010, profiled Wanjiku as a powerful citizen. 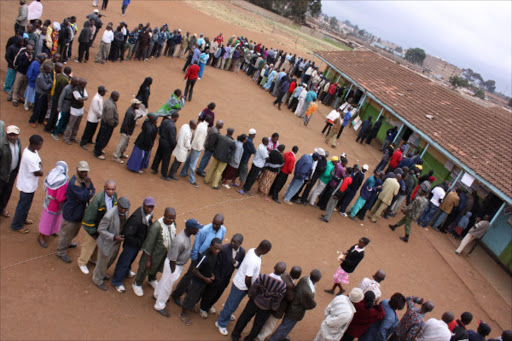 On 27th August 2010, Kenyans ushered in a new constitutional order which was a paradigm shift from the past in many ways. As aptly captured by Willy Mutunga in his work The 2010 Constitution of Kenya and its Interpretation: Reflections from the Supreme Court’s Decisions, “the Kenyan people, in enacting the Constitution, 2010, chose the route of transformation to end their poverty and deprivation, and regain their dignity as well as sovereignty.

The centrality of the Constitution, 2010 in Kenya’s transformation was also appreciated by the High Court in Republic v. Independent Electoral and Boundaries Commission (IEBC) Ex parte National Super Alliance (NASA) Kenya & 6 Others [2017] eKLR. In this case, the Court observed that the 2010 Constitution, “was a reaction to the historical deficiencies that rendered the system of governance under the retired Constitution inadequate to meet the expectations of the people.”

At the centre of the clamour for constitutional reforms in the pre-2010 period was the quest for accountable and democratic governance. This included the decades of search by Wanjiku (ordinary citizen regardless of gender) for recognition of her right to participate in the governance of her affairs and to hold her leaders to account.

In a direct exercise of her constituent power, and for the first time, Wanjiku delivered a new Constitution that fundamentally altered her status and promised a form of governance never experienced before. Unlike the retired Constitution, the Constitution of 2010, profiled Wanjiku as a powerful citizen, the Sovereign, and placed her at the very centre of her re-constituted politico-legal order, as theorized by Rousseau, that all political power must reside with the people.

In his reflections on the evolution of the character Wanjiku, Kivutha Kibwana notes that Kenya’s Wanjiku has metamorphosed from a voiceless, powerless and an unthinking voting machine of 1990s to now a “patriotic and democratically conscious citizen, who is aware of his/ her rights.” This new status of the citizen is reflected in entire constitutional framework.

Article 1 of the Constitution declares that all sovereign power belongs to the people (Wanjiku), and that the people may exercise this power directly or indirectly through their democratically elected representatives. In effect, Article 1 clarifies to all and sundry, that although Wanjiku has delegated her sovereign authority to elected representatives and state organs, she retains the residual sovereign power. She is therefore the Sovereign and all state officials are her servants.

This relationship is underscored in the principal-agent theory. It is also in sync with the argument by Richard Tuck in his work The Sleeping Sovereign: The Invention of Modern Democracy, where he asserts that a Sovereign holds the fundamental authority while the Government, appointed by the Sovereign, only performs delegated duties. According to Tuck, it is the people, not the Government, that is the seat of fundamental authority. This is buttressed by Article 73 which decrees that authority assigned to a state officer is a public trust which vests in the state officer the responsibility to serve the people rather than the power to rule them.

Certainly, the constitutional edict on public accountability was informed by Wanjiku’s historical experiences as partly described by Kibwana, who notes that in the 1990s, Wanjiku became functus officio upon casting her vote, leaving her elected leaders to govern without any reference to her. Public servants had also become obstacles to the very services that they were expected to deliver.

Today, after more than 10 years of implementing the Constitution, the pertinent question is, to what extent has Wanjiku embraced her status as the sovereign and how, if at all, has she discharged her civic responsibility towards realization of what the Constitution promises?

An objective reflection on the role of Wanjiku indicates that despite the successful struggle for a voice in the management of her affairs, Wanjiku is yet to fully realize her reinvigorated status and role in governance affairs. Due to Wanjiku’s limited role in governance especially in holding her agents (state officers) to account, some of the pre-2010 social, economic and political challenges, for which she sought and secured constitutional reforms, still persist. Although major milestones have been attained in actualizing the promises of the Constitution, much more remains to be done, and at the centre of it all, is the cardinal role of Wanjiku.

Arguably, Wanjiku, upon delegation of the management of her affairs, legitimately expects state officers to always serve her best interests. However, as conceptualized in Adan Smith’s Rational Choice Theory, individual choices are guided by an individual’s pursuit of best interests and that an individual will always be inclined to making rational choices which are aimed at achieving outcomes aligned to their personal goals. This calls Wanjiku to always remain alert, monitor, through the available frameworks, demand an account of how her affairs are managed.

The Constitution promises a democratic and accountable state where human rights, equal opportunity, justice, rule of law and effective devolution thrive. These aspirations cannot be fully achieved if citizens abdicate their obligations, especially in the fight against corruption. Notably, corruption is the biggest threat to Wanjiku’s realization of what the Constitution promises, and Wanjiku has key roles in its eradication.

What then should Wanjiku do? In order to bolster realization of the constitutional values and principles, there are at least two things that Wanjiku must do.

Most significantly, Wanjiku must take up her civic responsibilities. She should begin to proactively participate in the fight against corruption. Her contribution is urgently required in this discourse to augment the efforts of other law enforcement agencies. She could report or expose those in her community that are defrauding her motherland. Wanjiku should also desist from glorifying corruption. Kenya’s Wanjiku is known to, sometimes, elect and even re-elect persons she knows to be corrupt and later wonder why they engage in corruption.

In order to advance the public accountability envisaged under the Constitution, Wanjiku should elect into office only men and women who have demonstrated honesty and integrity in their private and public lives.  As the holder of sovereign power, Wanjiku should not constitute leadership that fails the integrity threshold since she bears its consequences.

As stated by Richard Stacey in Constituent power and Carl Schmitt’s theory of constitution in Kenya’s constitution-making process, the people are not sovereign simply because the Constitution says so; they are sovereign when they exercise their sovereign power. Stacey further asserts that in the exercise of that power, “the people should not permit extra-constitutional activities”, and such activities, I submit, include corruption and impunity.

Remarkably, Wanjiku has the final word on who she confers the authority to represent her interests. Voting is such great power which should be utilized wisely. Wanjiku should know that electing persons with integrity deficiencies will only entrench corruption and impunity in the country to her detriment.

For Wanjiku to realize the promise of the Constitution that she struggled so much for, and for so many years, she must take up her civic responsibilities. Without this, her sovereign power remains moot only existing in the realm of imagination.

The Writer is a Governance Expert ([email protected]).