•It is estimated that it costs an average of Sh80,000 to keep a student in secondary school in Kenya.

•There is great potential for more private businesses to get involved in plugging the education funding deficit in Kenya. 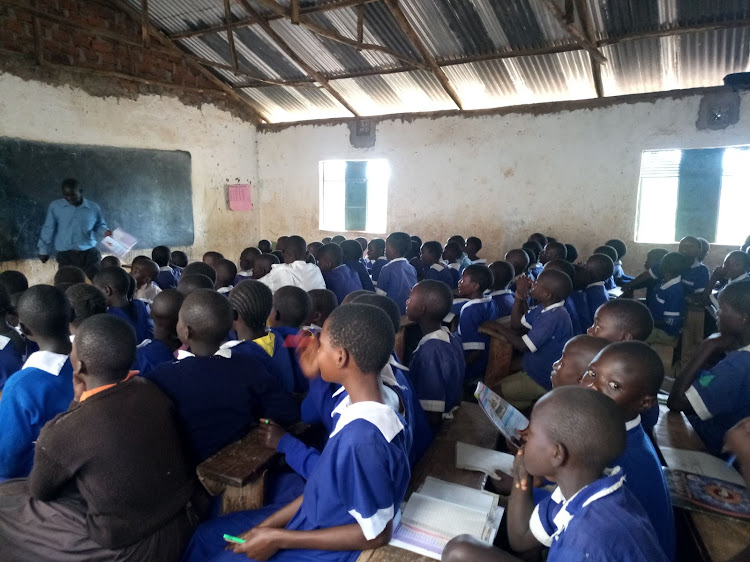 As the next cohort prepares to sit for the KCPE (Kenya Certificate of Primary Education) examination from Monday, the funding challenge facing education requires urgent attention.

While the government, to its credit, has initiated a number of policy initiatives to underwrite the Right to Basic Education as enshrined in the Constitution 2010, a lot remains to be done to ensure 100 percent transition from primary to secondary school is achieved.

One of the most important policy moves by the Ministry of Education, in recent times, has been the publication of fee guidelines for public secondary schools, spelling out the parent’s burden and that of the government through an annual subsidy (capitation).

Under the latest guidelines, for instance, the highest fees chargeable per student, in a national or extra-County boarding school (Category A), is Sh53,554. The government is expected to add Sh22,244 via capitation, making up a total of Sh75,798. The fee chargeable per student in a Category B school (other boarding schools, including extra-County schools), is Sh40,535, while the government adds a subsidy (capacitation) of Sh22,244.

Admittedly, very few parents can manage to keep their end of the bargain and pay the amounts required to keep their children in school, sustainably, for four years.

Last year, before COVID-19 struck and upset the national school calendar, some 1,075,201 students were set to join secondary school, out of the 1,083,456 candidates that sat for KCPE in 2019, denoting a balance of 8,225. It would be interesting to track and find out how many reported back this year, after schools were reopened, and monitor their progress in the next four years.

Currently, there are a number of extant government-initiated and funded bursary schemes that the parents and guardians can tap into. These are administered at the national, county, constituency, and sometimes, even ward levels. The fact that some of these funds are managed by politicians is often cited as a variable that has constrained their optimal performance.

The other challenge is the fact that often, the bursaries are handed out on an annual basis and not for the four years the student is expected to be in secondary school.

Further, most of these bursaries, traditionally, do not cover other needs, beyond tuition. A study undertaken by the Palmhouse Foundation (PF), through which we have been running a secondary school scholarship program since 2005, estimates that it costs an average of Sh80,000 to keep a student in secondary school in Kenya.

Another factor that keeps out most would-be beneficiaries of these bursary schemes, is the fact that most of them tend to favour the top performing students. As a direct corollary, average students and those that are not academically talented, as calibrated by the KCPE examinations, are often left in a lurch. Academic performance is also a key consideration in most private-sector initiated scholarship programs, and is often seen as a more objective way of deciding on who to benefit among deserving candidates.

While there is scope for improvement in the way public-funded bursaries are managed in this country, there is also great potential for more private businesses to get involved in plugging the education funding deficit in Kenya.

The Palmhouse Foundation, which was registered as a trust in 2002, starting with just six students the following year, has sponsored a total of 943 beneficiaries, with a growing number of alumni, which is now at 666. Today, we are supporting 277 students, spread in over 100 of Kenya’s best secondary schools, through full, four-year scholarships.

With a total annual spend of Sh20 million on school fees per year, PF relies solely on the generosity of private companies and individuals. The partnership with Vivo Energy Kenya (VEK), for instance, which started in 2014, has yielded some 44 beneficiaries, out of which 24 have graduated and joined institutions of higher learning or are working. A further 20 are still in secondary school.

In 2020, VEK, which considers education a key pillar of its community investment, partnered with PF in the launch of the latter’s Endowment Fund, through an initial support of Sh2 million. Through this fund, VEK hopes to raise Sh16 million in the five years, and make its component of the PF scholarship program sustainable, through interest income, which will be used to sponsor other students into perpetuity.

Globally, the PF Endowment Fund has already raised Sh85 million, but there is still need for more private sector support to underwrite the education of our children, now and into the future.

Kimani is the Founder Trustee and Chairman, Palm House Foundation, while  Murungi is the Managing Director, Vivo Energy Kenya. They can be reached on [email protected] and [email protected]