• Many in Africa, including Kenya, will remember massive development assistance projects that enabled newly independent states of the continent to lay the foundations of their national economies.

• Over the last few months, the Russian Government has announced over Sh400 million in voluntary contributions to the UN to specifically assist Kenya in addressing food security and the challenge of locust invasion in a complex emergency that has been created by Covid-19 pandemic. 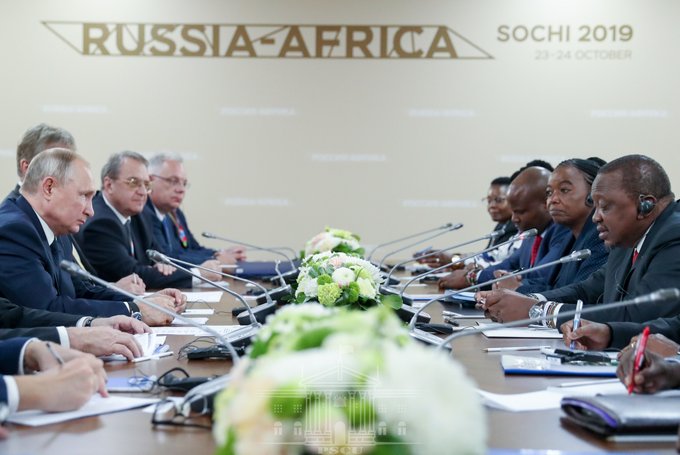 Russian and Kenyan and delegations led by President Vladimir Putin and President Uhuru Kenyatta during bilateral talks in Sochi on October 24, 2019.
Image: PSCU

We celebrate Russia Day, the National Holiday of the Russian Federation on June 12. This year we, because of Covid-19 pandemic, are to commemorate it privately, in line with the quarantine regulations.

But, of course, we will find a way to celebrate it properly with our Kenyan friends when the epidemic is over.

In his statement at the First Russia-Africa Summit in Sochi last October, President Uhuru Kenyatta stressed the necessity to rekindle Russian-African friendship. This idea could not be more timely and true.

Indeed, currently, there is a strong mutual desire on the part of both our countries and peoples to reinvigorate and take to the next level the cooperation that greatly benefits Russians and Kenyans.

It is particularly pertinent in the current trying times of the Covid-19 pandemic when global solidarity and cooperation are needed to face the common enemy. Within that mindset, the Russian Federation, in spite of having to combat the peak of the dreaded epidemic at home, found the will and the means to extend a helping hand to our friends and partners abroad, including in Africa.

I would say that it is the continuation of a great tradition of development cooperation that my country has consistently pursued throughout its modern history.

Many in Africa, including Kenya, will remember massive development assistance projects that enabled newly independent states of the continent to lay the foundations of their national economies, the many thousands of young people who received high-quality training in medicine, engineering, law, history, etc. to form the cadre of their own national intelligentsia to serve their peoples.

We continue this line even today. Every tenth doctor in Kenya has been trained in the USSR or Russia, the Jaramogi Oginga Odinga Teaching and Referral Hospital in Kisumu that was built, fully equipped and staffed by the Soviet Union remains one of the largest and best medical institutions in the country.

Over the last few months, the Russian Government has announced over Sh400 million in voluntary contributions to the United Nations to specifically assist Kenya in addressing food security and the challenge of locust invasion in a complex emergency that has been created by the Covid-19 pandemic. 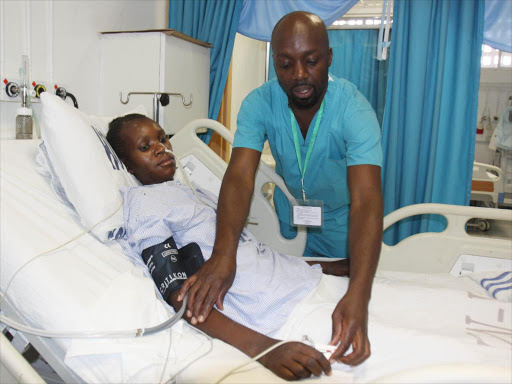 A patient is attended to by a doctor at the Jaramogi Oginga Odinga Teaching and Referral Hospital.
Image: FILE

In response to the UN 2020 Emergency Appeal, we are also contemplating additional measures, including in the health sector, to support the Kenyans in this difficult period together with UN Country Team in Kenya, our trusted partner in development assistance.

When, on this National Day of the Russian Federation, I look at the development of our mutually beneficial ties, I feel proud to see a very positive dynamic in our relations. The historic meeting between President Putin and President Kenyatta in Sochi has opened a new chapter in our cooperation.

Our political dialogue has been strengthened, visits by high-level delegations were exchanged, and a number of important intergovernmental agreements have been prepared for signing. Our trade is faring well. Russia is one of the biggest buyers of excellent Kenyan tea.

Promising projects are being undertaken in various fields. As President Putin pointed out in the conversation with President Kenyatta, what is most important is the direct involvement and empowerment of the private sectors of both economies as key players in development, while the governments have the responsibility to create enabling conditions for private investments.

As great enthusiasts of protection of nature, we, the Russians, greatly appreciate and fully support the role Kenya is playing as the host to the only United Nations capital in the Global South – United Nations Office in Nairobi, home to the United Nations Environment Programme (UNEP) and the United Nations Programme on Human Settlements (UN-Habitat). We also recognise the leadership of Kenya in the global efforts to protect the environment, especially in wildlife conservation and management of plastics waste.

This year is in many senses special. It is the year of the 75th anniversary of the Victory in the war against Nazism in WWII, which changed the course of human history, paved the way for the creation of the United Nations, and enabled the dismantlement of the colonial system.

We, Russians, are proud to have made a decisive contribution to all these historic developments. It was on the initiative of the Soviet Union that in 1960 the United Nations General Assembly adopted the Declaration on the Granting of Independence to Colonial Countries and Peoples that outlawed colonialism forever and opened the way for millions of people around the world to pursue their own freedom and development.

In conclusion, I would like to assure the Kenyan public that the Russian Embassy will spare no effort to take forward the multifaceted cooperation between our two countries for the benefit of both our nations.

Dmitry Maksimychev is the Ambassador of the Russian Federation to Kenya.