• There is however a disturbing trend where locals have played an increasingly central role in the planning and execution of terror attacks involving Al Shabaab. 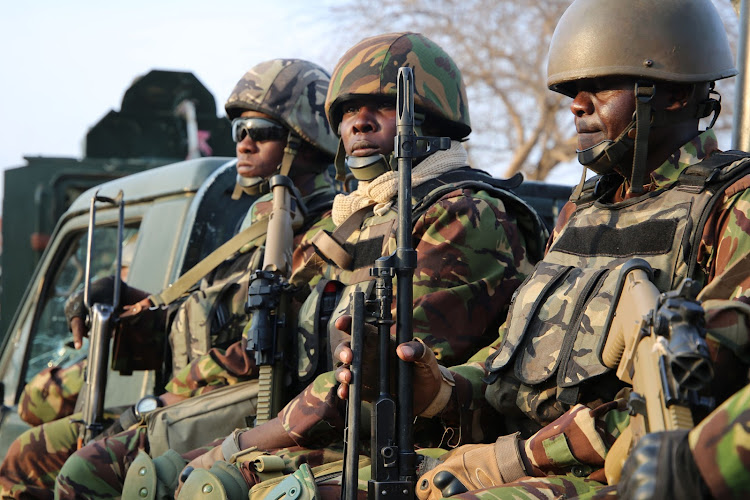 Terrorism and other types of extremist violence continue to pose a significant threat to Kenya’s security and development agenda.

Since the 1998 bombing of the US Embassy in Nairobi, Kenya has been a target of several terrorist attacks. It is estimated that over 1,000 people have been killed and 6,000 plus seriously injured in terrorist attacks on Kenyan soil.

Globally, there has been an upsurge in terrorism and extremist violence. The Global Terrorism index estimates that terrorism fatalities have risen from 3,329 in 2000 to 18,814 in 2018.

According to Armed Conflict, Location and Event Data Project (ACLED), an independent think tank, Al Shabaab has killed over 3,000 people in the Horn of Africa since 2015.

The militant group has frequently targeted civilians and security agents within Kenya. Thanks to our gallant security officers, many such attacks have been foiled, saving many lives.

There is however a disturbing trend where locals have played an increasingly central role in the planning and execution of terror attacks involving Al Shabaab. Many Kenyan youths have been radicalized by the extremist group.

Violent extremism is rooted in extremist views or beliefs and is driven by historical, political, economic, social and religious grievances. Other forms of extremism include religious fundamentalism, xenophobia, radical nationalism and separatism.

The process of countering violent extremism (CVE) involves first addressing the conditions that allow extremism to thrive. It is a preventive strategy and thus also known as Preventing Violent Extremism (PVE).

CVE or PVE is different from counter-terrorism (CT) which relies on ‘hard’ security responses - police, military, intelligence and the criminal justice system – to fight terrorism.

Instead, PCVE (Preventing and Countering Violent Extremism) targets the drivers of violent extremism and seeks to prevent these from taking root in society. PCVE does not compete with but complements counter-terrorism in ‘winning hearts and minds’ - the conditio sine qua non for inclusive and effective community engagement.

At the heart of PCVE are narratives like good governance, rule of law, human rights, civic participation, women and youth empowerment, tolerance and diversity.

In the words of Professor Sir Michael Howard, a leading authority on violent extremism, “We are not faced with a finite adversary who can be appeased by political concessions or destroyed by military victories. We are dealing with a state of mind that has to be transformed; a task demanding skill, sagacity, determination, empathy and above all patience.”

It is pleasant to note that PCVE now forms an integral part of Kenya’s war on terrorism. In 2016, the government launched the National Strategy for Countering Violent Extremism (NSCVE), whose strategic end is to rally all sectors of Kenyan social, religious, economic life to emphatically and continuously reject violent extremism ideologies to shrink the pool of individuals from whom terrorist groups can radicalize and recruit.

Whilst meeting the security sector in March 2019 in Mombasa, President Kenyatta directed all counties to develop county action plans by June 2019.

Each county is required to identify PCVE vulnerabilities within its jurisdiction and involve stakeholders at the grassroots in finding solutions. The counties should actively engage local communities in dialogue on issues that can potentially mutate into grievances that extremists could exploit to their advantage.

Most of the Counties have operationalised the respective County Action Plans and have in place County Engagement Forums. For instance, in Garissa the County Engagement Forums have been sensitizing the local community on the effects of violent extremism whereas Nyeri County has rolled out youth empowerment programs to tame radicalization and disable recruitment to violent extremism.

Although security is a national government function, Counties should be proactive in owning the PCVE agenda as part of their mandates under devolution. Counties should exploit PCVE as a tool to engage and understand the needs of communities and especially marginalized groups in their localities. Breaking the transition from radicalization to extremism to violent extremism should be the core priority of PCVE at the county-level.

Mr. Mwachinga is an Advocate of the High Court of Kenya. [email protected]uk