• The 61-storey Palm Exotica tower will be built on a 2.5 acre site and cost Sh280 million 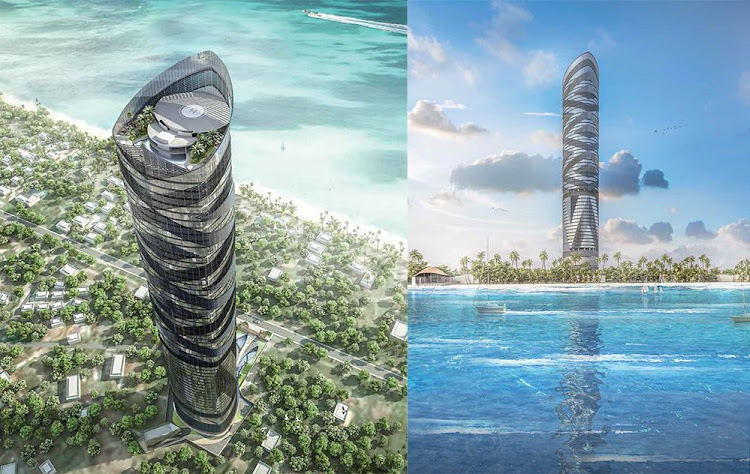 Model of Palm Exotica in Watamu, Kilifi county. It will be the tallest in Africa at 370m and take five years to build if Nema approves it.
Image: COURTESY

Fierce debate is raging in Watamu over the proposal to build Africa's tallest skyscraper there.

The 61-storey Palm Exotica complex will include a hotel, casino, restaurants, and conference facilities on the 2.4 acre site. The Sh280 billion project is the brainchild of three Italian investors.

The National Environmental Management Authority has not yet granted approval. And it never should.

Inside the push to build ‘Little Dubai’ in Watamu

It targets travellers who appreciate the finer things in life, but at what cost?
News
3 years ago

Development should respect the environment. It might create jobs but no-one would support building inside Karura Forest in Nairobi. And indeed the Kenya Forest Service has just cancelled a proposed 'eco-lodge' in the Ngong Forest.

Palm Exotica would radically change Watamu, a popular tourist destination with a quiet atmosphere and long white beaches. Tourism minister Najib Balala has already made it clear that he thinks it is inappropriate and that it would destroy Watamu's old-world charm.

The environmental consequences could also be disastrous. It would be an eyesore next to Watamu Marine Park. There would be potential pollution from building works and effluent discharge.

The developers say that they will only take 10 percent of their water from the Malindi water company and that the rest will come from two boreholes. But the water table is not inexhaustible. Will there be enough water for Watamu town if this project goes ahead?

Quote of the day: "Everybody sooner or later has to drop the luggage and the baggage of illusions."

Carlos Santana
The Mexican-American guitarist was born on 20 July, 1947

KFS says it is yet to receive the EIA report from the private developer.
News
3 years ago
by STAR EDITOR Editorial
Opinion
19 July 2019 - 12:40