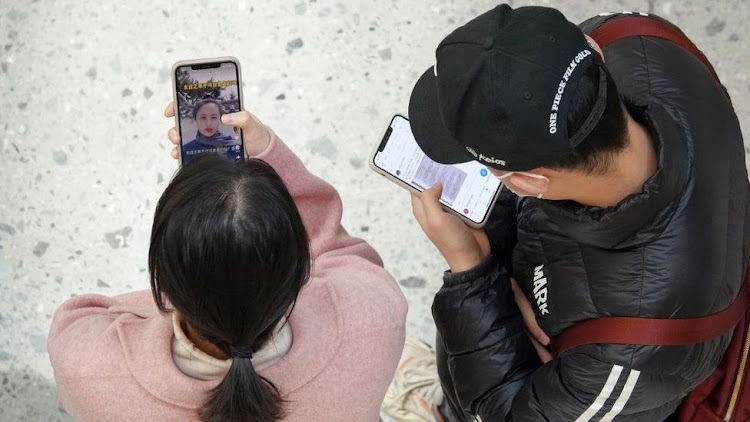 iPhone users at a shopping mall in China
Image: BBC

Apple supplier Foxconn has apologised for a "technical error" in its payment systems, a day after its iPhone factory in China was rocked by angry protests.

Videos had showed hundreds of workers marching at the world's biggest iPhone factory in the city of Zhengzhou, with complaints over Covid restrictions and claims of overdue pay.

Those livestreaming the protests said workers were beaten by police.

One Foxconn worker told the BBC that the situation had since been resolved.

Last month, rising Covid cases saw the factory locked down, prompting some workers to break out and go home. The company then recruited new workers with the promise of generous bonuses.

But one worker said these contracts were changed so they "could not get the subsidy promised", adding that they were quarantined without food.

On Thursday, Foxconn released a statement saying a "technical error occurred during the onboarding process", adding that the pay of new recruits was "the same as agreed [in the] official recruitment posters".

The firm said it was in constant communication with the affected employees about the the pay and bonuses and was doing its best "to actively solve the concerns and reasonable demands of employees".

A worker also told the BBC on Thursday that he had since received 8,000 yuan ($1,120; £926) and was set to receive another 2,000 yuan. He added that there were no more protesters and that he and his colleagues would return to the Foxconn factory.

Separately on Thursday, authorities ordered the city to go into lockdown, saying people would not be able to leave the area unless they had a negative Covid test - affecting more than six million people in the city.

It came as China recorded its highest number of daily Covid cases since the pandemic began, with the country seeing a wave of outbreaks with several major cities like Beijing and Guangzhou affected.

The International Monetary Fund (IMF) has called on China to recalibrate its zero-Covid strategy as its economic growth shrinks.

The world's second largest economy has seen its gross domestic product (GDP) fall by 2.6% in the three months to the end of June from the previous quarter.

"Although the zero-Covid strategy has become nimbler over time, the combination of more contagious Covid variants and persistent gaps in vaccinations have led to the need for more frequent lockdowns, weighing on consumption and private investment, including in housing," the IMF said.

However, some analysts believe the IMF's guidance will not convince China to change its policies.

"Given that China is unlikely to be going to the IMF for help, it doesn't really matter whether they pay attention to this statement or not," Simon Baptist, global chief economist of The Economist Intelligence Unit, told the BBC.

Workers had doubts about pay but that the firm would fulfil pay based on contracts.
News
2 days ago

Output at the Foxconn factory has been hit by a local Covid outbreak.
News
1 week ago

Some wireless earphones can be used as hearing aids — experts

Hearing aid costs about Sh50,000 while cochlea implant procedures go for Sh2.5 to Sh3 million.
News
1 week ago
Post a comment
WATCH: The latest news from around the World
by BBC NEWS None
World
24 November 2022 - 12:20
Read The E-Paper