They are part of 15 football terms added before the men's Fifa World Cup starts next month.

•As managers, Sir Alex Ferguson and Jose Mourinho won dozens of trophies and now they can claim another accolade because two of their famous phrases have made it into the Oxford English Dictionary (OED).

•They are part of 15 football terms added before the men's Fifa World Cup starts next month. 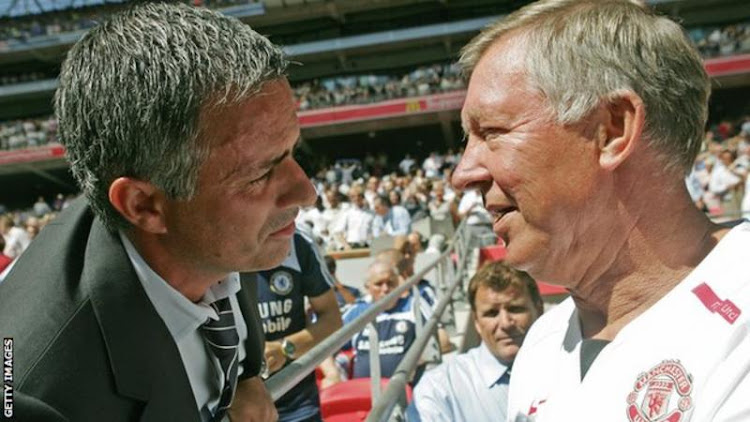 As managers, Sir Alex Ferguson and Jose Mourinho won dozens of trophies and now they can claim another accolade because two of their famous phrases have made it into the Oxford English Dictionary (OED).

They are part of 15 football terms added before the men's Fifa World Cup starts next month.

A manoeuvre used by one player to evade another, in which the player with the ball feints a pass while facing in one direction before immediately dragging the ball behind and across his or her standing leg with the other foot, turning, and moving away in the opposite direction.

A centre forward who often drops further towards midfield than is typical of this role, becoming more involved in creative play and leaving space for team-mates to attack; (also) the position occupied by such a player.

A style of play in which a team upon losing possession puts immediate and intensive pressure on the opposition, even deep in the opposition's half, in an attempt to regain the ball at the earliest opportunity, prevent the opposing team from capitalising on possession, and force mistakes in dangerous positions.

Origin: The name of Antonín Panenka (b. 1948), Czech association footballer who scored a penalty of this type in the final of the 1976 UEFA European Championship.

A penalty kick in which the taker lightly chips the ball into the centre of the goal at the moment that the goalkeeper dives to one side. Frequently (and in earliest use) as a modifier, as in Panenka penalty, Panenka chip, etc.

To play in a very defensive way, typically by having the majority of outfield players close to their own goal and showing little attacking intent.

Mourinho claimed that this is what Spurs had done against his Chelsea team in 2004, playing in such a negative way that they might as well have put their team coach in the goalmouth.

The original wording was "they brought the bus and left the bus in front of the goal as we say in my country".

An unorthodox way of kicking a ball in which the kicking leg crosses behind the standing leg before making contact; (also) a pass, cross, etc., made in this way. Frequently as a modifier, as in rabona cross, rabona goal, etc.

The area of the pitch away from the goals, or from the opposition's goal. Now chiefly as a modifier, designating a player other than a goalkeeper.

In sporting contexts: up and over the top of a person or thing; over the head of an opposing player.

The very back of a theatre, stadium, etc.; spec. (Sport, esp. Association Football) a notional area high and far back in the stadium humorously said to be the destination of a powerful but inelegant clearance, wildly misdirected shot, etc.

Origin: The term was coined by Sir Alex Ferguson, then manager of the Association Football club Manchester United in 2003, with reference to his team challenging for the title in the closing stages of the English Premier League season.

A particularly tense period of time, esp. one leading up to the climax of a competition or event.

Origin: A borrowing from Spanish.

A style of play characterised by highly accurate short passing and an emphasis on retaining possession of the ball.

Achieving a higher score than other participants in a sporting event, or (more generally) another event in which scores or grades are awarded.

An attacking style of football in which every outfield player is able to play in any position as required during the course of a game, to allow fluid movement around the pitch while retaining the team's overall structure as players exchange positions and fill spaces left by others.

Origin: A borrowing from Italian.

An attacking player who operates in the space between the midfielders and the strikers and whose primary role is to create opportunities for team-mates to score.

A system of defensive play in which an individual player is assigned a particular area on the field of play to defend.

Phrases coined by former Chelsea boss Jose Mourinho and ex-Manchester United manager Sir Alex Ferguson are among two of 15 new additions to the Oxford English Dictionary
Image: GETTY IMAGES
Post a comment
WATCH: The latest news from around the World
by BBC NEWS None
World
07 October 2022 - 08:17
Read The E-Paper