More from Catholic background in NI than Protestant

• The proportion of the resident population which is either Catholic or brought up Catholic is 45.7% compared to 43.48% Protestant.

• The previous census, in 2011, found that 45.1% of the population were Catholic or brought up Catholic. 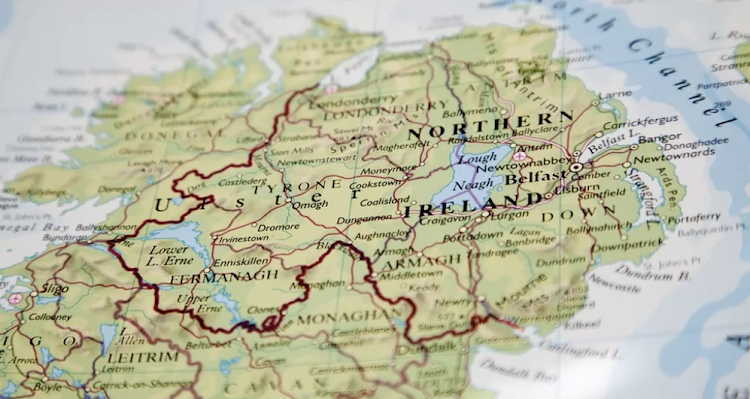 Northern Ireland's population is at its highest level since it was established in 1921
Image: GETTY IMAGES

The latest census figures show that for the first time there are more people from a Catholic background in Northern Ireland than Protestant.

The proportion of the resident population which is either Catholic or brought up Catholic is 45.7% compared to 43.48% Protestant.

The previous census, in 2011, found that 45.1% of the population were Catholic or brought up Catholic.

It found 48.4% were from a Protestant or other Christian background.

In terms of national identity, 31.9% said they had a British-only identity, while 29.1% said Irish-only and 19.8% said Northern Irish-only.

The figures, which are being released in stages, were due to be published on Tuesday but that was delayed due to the Queen's funeral.

Compared with the previous census in 2011, the proportion of people with a British-only identity has decreased.

The latest census was the first to be held since the UK voted in 2016 to leave the European Union.

Information was gathered on passports held by people usually resident in Northern Ireland. The statistics were:

About 60 questions were posed but in truth only one was going to grab the headlines.

It's now official those from a Catholic background outnumber those from a Protestant background by 45.7% to 43.5% for the first time in Northern Ireland's 101-year history.

Those pushing for a united Ireland will frame it as a potential game-changing moment.

But unionists will point to the growing number of Catholics who regard themselves as Northern Irish and are comfortable living in the union.

Expect much debate about the census today but don't expect political consensus on what the figures mean.

The proportion of the population born outside Northern Ireland was 11% in 2011. In the latest census, it rose to 13.5%.

Among usual residents aged three years and over, English was not the main language for 4.6%. This compares to 3.1% in the previous census.

The most prevalent main language other than English remains Polish at 1.1%

In May 2022 it was announced that the population had risen to 1.9 million, the highest figure recorded since Northern Ireland was established in 1921.

The total population was 1,903,100 with slightly more females than males.

People were urged to complete the recent census online if they could, rather than on paper. Eight-out-of-10 people took the online option.

A census occurs every 10 years and participation is compulsory.

As well as total figures, the latest statistics have been broken down at council level.

The 2021 census is the first since the re-organisation of local government in Northern Ireland in 2015 when 11 so-called super councils replaced the existing 26 councils.

More figures will be issued in the coming months relating to marital status, sexual orientation, household composition, health and disability.

Post a comment
WATCH: The latest news from around the World
by BBC NEWS None
World
22 September 2022 - 15:00
Read The E-Paper