But what she became famous for was not the food of her home country, but that of her adopted home: Mexico.

• She first moved to Mexico when she was in her 30s to join Paul Kennedy, who was the New York Times' correspondent in Mexico and Central America.

• She had met Paul Kennedy in 1956 in Haiti, where she had travelled on a whim from Canada, where she was living at the time. 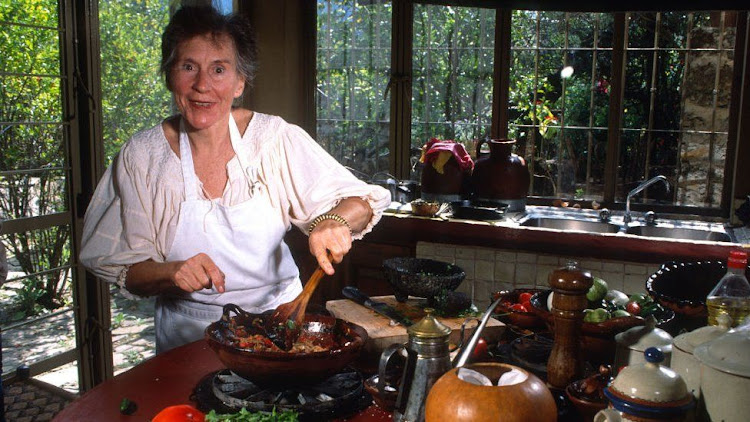 Diana Kennedy was a world expert on the traditional cuisine of Mexico
Image: PAUL HARRIS VIA GETTY

Diana Kennedy, a British food writer who became a leading authority on Mexican cuisine while travelling the width and breadth of the country hunting for recipes, has died of respiratory failure aged 99.

Born on 3 March 1923 in Essex, Diana Kennedy, whose maiden name was Southwood, recalled growing up eating what she called "good food, whole food" in England.

But what she became famous for was not the food of her home country, but that of her adopted home: Mexico.

She first moved to Mexico when she was in her 30s to join Paul Kennedy, who was the New York Times' correspondent in Mexico and Central America.

She had met Paul Kennedy in 1956 in Haiti, where she had travelled on a whim from Canada, where she was living at the time.

Paul Kennedy was there to cover the anti-government protests which had broken out. The two fell in love and shortly afterwards she decided to take the plunge and meet him in Mexico City, where he was based.

The couple got married and spent the next nine years in Mexico City, where she developed a fascination with traditional Mexican cooking that led her to criss-cross the country time and again to research its regional cuisines.

On a par with her husband when it came to being intrepid and adventurous, Diana Kennedy drove thousands of miles to the most remote Mexican villages to collect recipes while her husband was off reporting on coups and uprisings in Central America.

"I've had a very funny life, nobody has really said 'you do this', or 'you do that', somebody will suggest something and then I'm off," was how she described her love of adventure in the documentary Diana Kennedy: Nothing Fancy.

"I would ask anybody I could in the markets where they came from, what their family was eating, and I'd always get a recipe," she recalled about how she acquired her vast collection of regional recipes. Diana Kennedy would quiz market stall holders about their produce and what they made from it
Image: PAUL HARRIS VIA GETTY

In her books, she regularly credited by name those who had taught her to prepare the dishes.

And while she became a superb cook as well as a world expert on Mexican cooking, she insisted that she "certainly wasn't a traditional housewife".

"I never wanted children, I would hate to bring up a little me, can you imagine [a little me]?" she told the documentary's director Elizabeth Carroll in one of her typically sharp asides.

After nine years in Mexico, and with Paul Kennedy ill with cancer, the couple moved to the US where Paul - whom she described as "the great love of my life" - died in 1967.

She continued to travel to Mexico regularly and started giving Mexican cookery classes in New York.

In 1972, she published the first of her books. Entitled The Cuisines of Mexico, it soon became the tome of reference for Mexican cooking.

In the late 1970s, the lure of Mexico became so overwhelming, she started building a traditional adobe (mudbrick) house in the state of Michoacán, west of Mexico City.

After relocating there, she took to growing many of her own ingredients and making traditional Mexican dishes from scratch, even grinding her own corn. 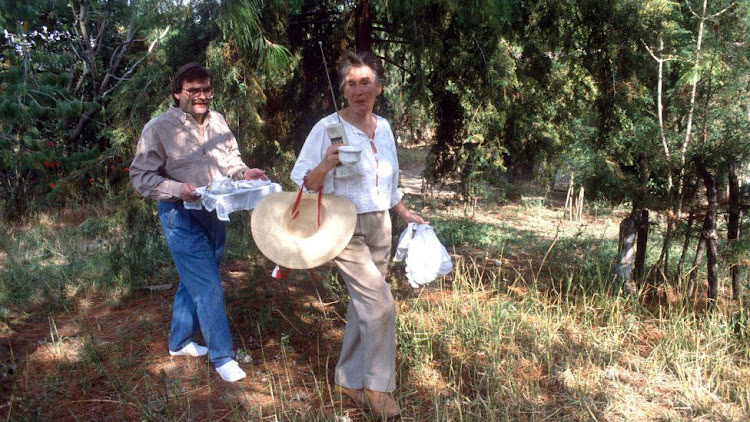 She settled in Michoacán, turning her property in to the Diana Kennedy Center for the preservation of Mexican cuisines.
Image: PAUL HARRIS VIA GETTY

In her 1998 book My Mexico, she explained her choice: "I wanted a house of locally made materials that would address itself to the resources of the area and be in tune with the restrictions with which my neighbours had to live, and had survived, for many years."

She continued to travel throughout the country well into her 90s, driving an old lorry and cursing in Spanish while braving dirt roads to hunt down yet another recipe.

Her friends described her as funny but fierce; uncompromising and brilliant.

Spanish chef and philanthropist José Andrés, who has in the past described her as "an Indiana Jones of food, trying to search for that diamond that is somewhere there in the mountains of Mexico" wrote on Twitter that her books had opened "a window into the soul of Mexico".

Mexico's ministry of culture also paid tribute to the writer in a series of tweets in which it praised her for dedicating her life to "discovering, compiling and preserving the richness of Mexican cuisine".

Her legacy will live on at the Diana Kennedy Center, the educational centre she created at her Mexican home to hold her library of more than 750 books and which also offers courses in Mexican cooking.

Margaritas are popular because in addition to sweet and sour flavours, they include salt.
Sasa
6 months ago