The US had earlier accused Russia of preparing to annex parts of Ukraine.

•In an interview with Russian state media, he implied Moscow's strategy had changed after the West supplied Ukraine with longer-range weapons.

•Russia would now have to push Ukrainian forces further from the front line to ensure its own security, he explained. 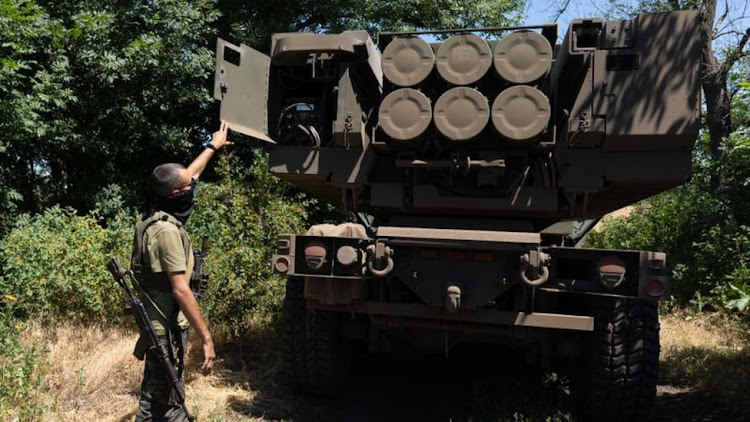 Russia's military focus in Ukraine is no longer "only" the east of the country, Foreign Minister Sergei Lavrov has said.

In an interview with Russian state media, he implied Moscow's strategy had changed after the West supplied Ukraine with longer-range weapons.

Russia would now have to push Ukrainian forces further from the front line to ensure its own security, he explained.

The US had earlier accused Russia of preparing to annex parts of Ukraine.

Russia invaded Ukraine in February, claiming falsely that Russian speakers in Ukraine's eastern Donbas region had suffered genocide and needed to be liberated.

Five months on, Russia has occupied parts of the east and south of the country, but it failed in its original aim of capturing Kyiv and has since claimed its main objective was the liberation of Donbas.

Since February, the West has supplied Ukraine with increasingly powerful weapons to use in its defence against Russian forces.

Mr Lavrov says that has forced Russia to expand its objectives further.

"We cannot allow the part of Ukraine controlled by [Ukrainian President Volodymyr] Zelensky... to possess weapons that would pose a direct threat to our territory," Mr Lavrov said in the interview with Margarita Simonyan - a well-known commentator on Russian TV and editor-in-chief of broadcaster RT.

"The geography is different now," he said, naming the southern Kherson and Zaporizhzhia regions as Russia's latest objectives. Moscow's forces already occupy parts of both regions. 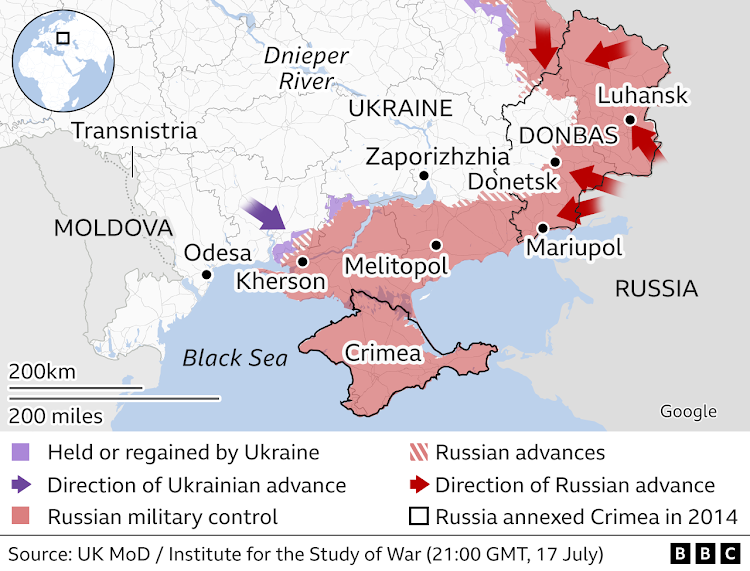 Mr Lavrov specifically referred to the Himars longer-range rocket system - supplied only recently by the US - with which Ukraine has had some success.

For two days running Ukrainian forces have used Himars to hit a key, strategic bridge in occupied Kherson, reports say. The Antonivskyi bridge is one of two bridges that Russia relies on to supply areas it has captured on the west bank of the Dnipro river, including Kherson city.

The Russian foreign minister described the West's actions in giving weapons to Ukraine as an "impotent anger" and a "desire to make things worse".

The apparent expansion of Russia's objectives was also noted on Tuesday by US National Security Council spokesman John Kirby, who said Russia was already making plans to annex large swathes of Ukrainian territory.

He accused Moscow of using a similar "playbook" to its takeover of Crimea, when it annexed the Ukrainian peninsula by organising a sham referendum in 2014.

Mr Kirby said Russia was installing illegitimate pro-Russian officials to run occupied regions of Ukraine. These new "administrations" would then organise local referendums on becoming part of Russia, possibly as soon as September.

The results of the votes would be used by Russia "to try to claim annexation of sovereign Ukrainian territory", Mr Kirby said.

Crimea was annexed by Russia in 2014 after a hastily-organised referendum - viewed as illegal by the international community, in which voters chose to join Russia.

Many supporters of Kyiv boycotted the vote and the campaign was neither free nor fair.