Russia about to run out of steam in Ukraine - MI6 chief

He said recent Russian gains were "tiny" and that Russia was "about to run out of steam".

• Around 400 Russian intelligence officers operating under cover have been expelled across Europe, he said, reducing Russia's ability to spy in the continent by half.

• On Iran, he said a nuclear deal was "absolutely on the table", but he was sceptical that Iranian Supreme Leader Ayatollah Ali Khamenei wanted to sign a deal. 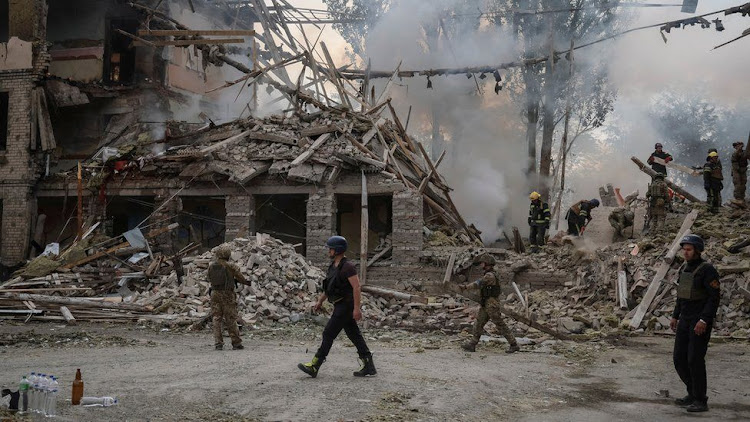 Rescuers work at a school building damaged by a strike in Kramatorsk, in the Donetsk region of Ukraine
Image: REUTERS

Russia will struggle to maintain its military campaign and Ukraine may be able to hit back, the head of MI6 says.

He was speaking at the Aspen Security Forum, in a rare public appearance.

He described the invasion as "the most egregious naked act of aggression that we've seen in Europe since the Second World War."

He said recent Russian gains were "tiny" and that Russia was "about to run out of steam".

"Our assessment is that the Russians will increasingly find it difficult to find manpower and materiel over the next few weeks," Mr Moore told the conference in Colorado. "They will have to pause in some way and that will give the Ukrainians the opportunity to strike back."

That view may be seen as optimistic and Ukraine's ability to counter-attack may well depend on greater supplies of Western weaponry, which its officials say has often been too slow in arriving.

The MI6 chief said some kind of battlefield success would be an "important reminder to the rest of Europe that this is a winnable campaign" - particularly ahead of a winter which was likely to see pressure on gas supplies.

"We are in for a tough time," he said. A further reason to maintain support to help the Ukrainians win, or "at least negotiate from a position of significant strength", he said, was because China's leader Xi Jinping was "watching like a hawk".

"There's no evidence that [President Vladimir] Putin is suffering from ill-health," he replied when asked, echoing comments from his US counterpart CIA Director William Burns at the Forum yesterday.

Around 400 Russian intelligence officers operating under cover have been expelled across Europe, he said, reducing Russia's ability to spy in the continent by half.

"Our door is always open," he said when it came to recruiting disaffected Russian officials to spy for Britain.

MI6 puts most effort on China

On China, he said MI6 had "never had any illusions whatsoever about Communist China".

He revealed MI6 now devoted more effort to China than to any other single subject - the effort in this field having just moved past that devoted to counter-terrorism.

He said it was "too early to tell" what lessons China would draw from Putin's actions in Ukraine, but there were lots of signs officials in Beijing were going into overdrive to work out what they thought. "It is quite difficult to read at the moment," he said.

He said it was "important" to remind China's leadership of how an invasion of Taiwan could go wrong. He said China's leadership underestimated US resolve and power and this might lead them to miscalculate. "I don't think it is inevitable," he said when asked about a major conflict. 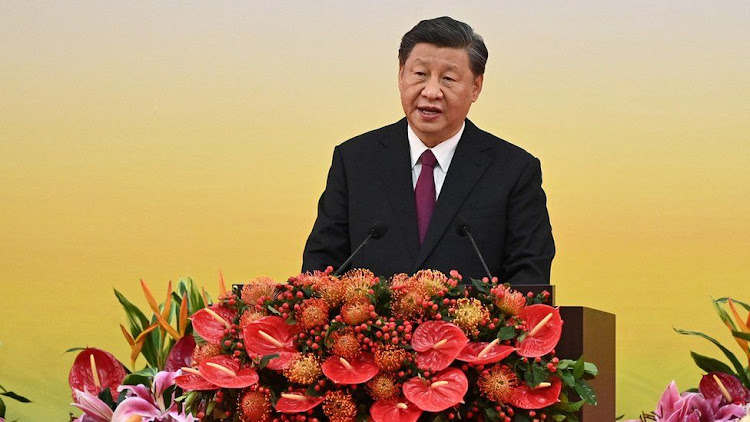 On Iran, he said a nuclear deal was "absolutely on the table", but he was sceptical that Iranian Supreme Leader Ayatollah Ali Khamenei wanted to sign a deal.

For all the limitations, he said the previous deal was still the best means available to constrain the Iranian nuclear programme.

Asked if the Western withdrawal from Afghanistan last year made it harder to deal with threats, he acknowledged "this was a reverse for us when it happened and it is now more difficult". He said it would require finding "different ways" to deal with the Islamist terrorist threat, including working with partners who MI6 may not normally deal with.

Asked to reflect on the state of politics and violence in the United States, the MI6 chief sidestepped the question, but stressed his "huge affection" for the US, where he had studied and taken his first paid job as a teenager.

He corrected the interviewer to say this job had been as a beach attendant rather than a lifeguard. "I didn't have the body for that," he said to laughter from the audience.

The US had earlier accused Russia of preparing to annex parts of Ukraine.
News
4 months ago

There had been fears Moscow may not have resumed the flow in response to EU sanctions.
News
4 months ago