Eyewitnesses said they saw a man carrying what they described as a large gun and firing twice at Mr Abe from behind.

• A search of the alleged gunman's home uncovered what police believe are explosives, local media reported.

• Security officers detained the attacker, who made no attempt to run, and seized his weapon which was reportedly a handmade gun. 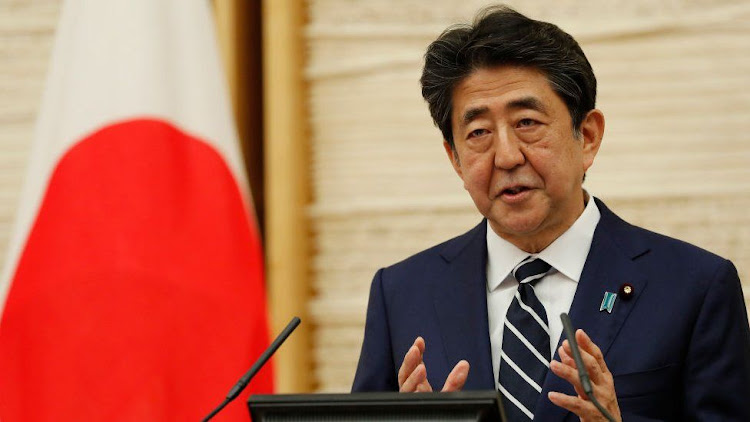 Japan's former prime minister Shinzo Abe has died in hospital after he was shot at a political campaign event.

Mr Abe was shot at twice while he was giving a speech in the southern city of Nara on Friday morning.

Security officials at the scene tackled the gunman, and the 41-year-old suspect is now in police custody.

A search of the alleged gunman's home uncovered what police believe are explosives, local media reported.

Speaking before Mr Abe's death was announced, Prime Minister Fumio Kishida condemned the attack, saying: "It is barbaric and malicious and it cannot be tolerated."

"This attack is an act of brutality that happened during the elections - the very foundation of our democracy - and is absolutely unforgivable," Mr Kishida said.

During a news conference at Nara Medical University Hospital, doctors said Mr Abe had sustained two bullet wounds to his neck, about 5cm (1inch) apart, and also suffered damage to his heart.

Mr Abe was said to be conscious and responsive in the minutes after the attack, but the 67-year-old's condition later deteriorated.

Doctors said no vital signs were detected by the time the former prime minister was transferred for treatment and he had to receive a blood transfusion in hospital.

Mr Abe was giving a speech for a political candidate in Nara at a road junction when the attack happened.

Eyewitnesses said they saw a man carrying what they described as a large gun and firing twice at Mr Abe from behind.

Security officers detained the attacker, who made no attempt to run, and seized his weapon which was reportedly a handmade gun.

The suspect has been identified as Nara resident Tetsuya Yamagami. Local media reports say he is believed to be a former member of Japan's Maritime Self-Defense Force, Japan's equivalent of a navy. He is said to have left active service in 2005.

Officials have yet to comment on the suspect's motives, but local media outlets reported that Mr Yamagami told police he was "dissatisfied with former Prime Minister Abe and aimed to kill him". He is also reported to have told offices that did not hold a "grudge against the former Prime Minister's political beliefs".

Police also discovered several possible explosive devices during a search of his home, and NHK said bomb disposal technicians are preparing to carry out a controlled explosion on the premises.

How the attack unfolded

Mr Abe's speech came as part of a campaign for his former party, the Liberal Democratic Party, as u

pper house elections in Japan are due to take place later this week.

Ministers across the country were later told to return to Tokyo immediately, according to local reports.

On Japanese social media, the hashtag "We want democracy, not violence" was trending, with many social media users expressing their horror and disgust towards the incident.

Mr Abe, who was Japan's longest-serving prime minister, held office in 2006 for a year and then again from 2012 to 2020, before stepping down citing health reasons.

He later revealed that he had suffered a relapse of ulcerative colitis, an intestinal disease.

While he was in office, he pushed hawkish policies on defence and foreign policy, and has long sought to amend Japan's pacifist post-war constitution.

He also pushed for an economic policy that came to be known as "Abenomics", built on monetary easing, fiscal stimulus and structural reforms.

He was succeeded by his close party ally Yoshihide Suga, who was later replaced by Fumio Kishida.

Gun violence is extremely rare in Japan, where handguns are banned - and incidents of political violence are almost unheard of.

In 2014, there were just six incidents of gun deaths in Japan, as compared to 33,599 in the US. People have to undergo a strict exam and mental health tests in order to buy a gun - and even then, only shotguns and air rifles are allowed.

Prominent voices across the world have been quick to condemn the incident, with UK Prime Minister Boris Johnson calling it a "despicable attack".

The US ambassador to Japan, Rahm Emanuel, said Mr Abe had been an "outstanding leader of Japan and unwavering ally of the US", adding that the US was "praying" for his well-being.

He added that "this unexpected incident should not be associated with Sino-Japanese relations" and had no comment when asked about Chinese social media reaction.

Comments gloating over the attack on Mr Abe have dominated Chinese social media, and have also surfaced on Korean platforms.

China and South Korea have historically had complicated and fraught relationships with Japan. Mr Abe, known for his military hawkishness, was unpopular with citizens of both countries during his term in office.