Roe v Wade: The world reacts to US abortion ruling

Activists on both sides of the debate have been explaining what it means to them.

• Abortion has been de-criminalised in Canada since 1983, but access is not a guaranteed right. In many areas, women have to drive for hours to get abortions.

• Abortions have been legal in India since 1971, although with conditions, especially to curb female foeticide in a country with an overwhelming preference for sons. 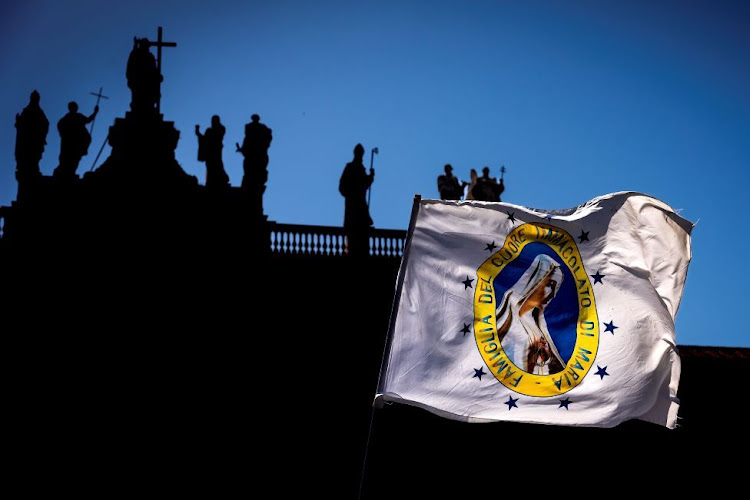 The US Supreme Court's overturning of the constitutional right to abortion is being felt in countries across the world, where activists on both sides of the debate have been explaining what it means to them.

Our correspondents in Italy, El Salvador, India, Ireland and Canada report on the reverberations being felt where they are.

US touches 'raw nerve' in Italy

In 1978, five years after Roe v Wade, Italy legalised abortion with Law 194. And while it is not the same lightning rod political issue here, the rise of a new hard-right conservative politics, ever closer to the Catholic church, has brought it back into focus - and the US Supreme Court's decision is reverberating in Italy too.

From the political left and centre, there's been a chorus of condemnation and alarm. Emma Bonino, a leftist former foreign minister who helped pass Law 194, said it showed the risk in Italy of moving backwards and of "losing achievements that had seemed permanent."

But on the right, some feel galvanised.

"A great victory", declared Simone Pillon from the far-right League, adding that he hoped Italy and Europe would follow suit.

However, his party leader, Matteo Salvini, was notably more nuanced, stating that he believes "in the value of life… but on pregnancy, the last word belongs to the woman" - perhaps a recognition that the majority of Italians say they still support the right to abort.

While it's unlikely abortion would be restricted here, Law 194 allowed for conscientious objection by doctors - and across the country, around 70% of medics now refuse to perform the procedure. In some regions, it's 90%.

With the Vatican in its backyard, Italy is often behind the curve on some social issues, such as LGBT rights. There is pride among many that abortion was fought for, and enshrined in law, decades ago. But it is for some a raw nerve - and the US decision will touch that.

A passionate response across Ireland

Across the island of Ireland news of the US Supreme Court ruling has triggered a swift and passionate response. The issue stirs deep emotions here where abortion was only relatively recently decriminalised. Many vocal Irish campaign groups and activists still exist on both sides.

"The world continues to watch America become unrecognisable," wrote Dr Jennifer Cassidy on Twitter, a university lecturer who was in Dublin in 2018 when jubilant crowds celebrated as the Republic of Ireland voted to decriminalise abortion.

Many on the pro-choice side have been reliving memories of that day, now expressing their horror at what they are witnessing in the US.

The story of Savita Halappanavar, who died of sepsis in Ireland in 2012, because she was not allowed a termination, is now being reshared widely in Ireland, by people warning Americans to prepare themselves for many similar deaths. 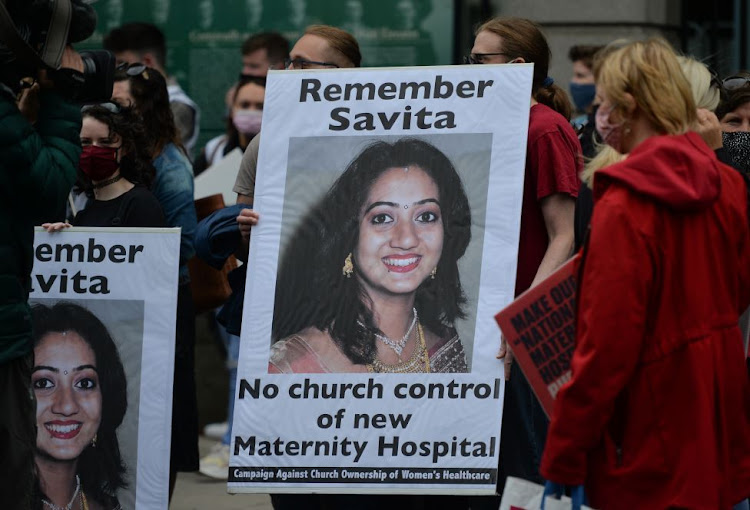 A "shameful decision" said Grainne Taggart of Amnesty International, who has fought hard for abortion rights in Northern Ireland.

But campaigners who were devastated by the legalisation of abortion on the island of Ireland have been reinvigorated.

"Its a bit of a wake-up for us here," said Bernie Smyth, one of Northern Ireland's most prominent anti-abortion campaigners. "There's a lot to be learnt from what is happening in the US."

"My personal hope for the future is that we too will one day reverse the legislation. I think the movement in the US have been very wise. This brings a lot of hope, and the battle goes on."

Just as they felt the tide was beginning to turn on abortion in Latin America, many reproductive rights' campaigners now fear the worst following the Supreme Court ruling on Roe V Wade.

"This will embolden the most conservative groups in our countries who consistently deny women rights", says Mariana Moisa, a leading pro-abortion rights' activist in El Salvador where abortion is banned in all cases including where the mother's life is endangered, rape or incest.

"The denial of the human rights of women and girls being forced to bear children who are the product of abuse" already disproportionately affects the poorest in society, she says.

Meanwhile, anti-abortion politicians who control El Salvador's parliament have welcomed the move and insist that their position on abortion remains the dominant view in the Americas.

While the Supreme Court was solely concerned with the law in US states, Washington continues to exercise a huge influence over Central America. Ms Moisa says the message being sent out by this ruling is stark.

"It's lamentable. A retrograde step which only goes to illustrate the contempt and lack of concern which exists around the world for women."

Canada doesn't often like to butt its nose in its neighbour's - and largest trading partner's - business.

But when the Supreme Court overruled Roe v Wade, Canada's progressive-leaning prime minister, Justin Trudeau, did not mince words, calling it a "devastating setback" and "horrific" for women.

"Quite frankly, it's an attack on everyone's freedoms and rights," Mr Trudeau said from the Commonwealth summit in Kigali, Rwanda.

Abortion has been de-criminalised in Canada since 1983, but access is not a guaranteed right. In many areas, women have to drive for hours to get abortions.

There are many anti-abortion Canadians, but the issue has not been politicised to the same degree as it has south of the border.

RightNow, a Canadian anti-abortion organisation, tweeted that it was a "truly historic day for our friends in the United States".

'America is a model for the world'

Gender justice activists in India have described the ruling as "a huge step back for women's rights" and say it's guided by "Victorian morality".

Dr Veena JS, activist and forensic medicine professor who teaches medical ethics to doctors, says the Roe v Wade ruling will impact women's reproductive rights not just in the US but have a cascading effect around the world too.

"America is generally a model for the world and I fear, at some point, India could take a cue from them and bring in a similar legislation," she says. "And we will be forced to raise children we don't want."

This, Dr Veena says, will affect the physical and mental health of women and children.

"Research has shown that post-partum psychosis and depression increases in women who are forced against their will to give birth. The quality of life of these 'unwanted' children will also be poor."

Abortions have been legal in India since 1971, although with conditions, especially to curb female foeticide in a country with an overwhelming preference for sons.

But because of a general lack of awareness among women, stigma attached to the topic and doctors' reluctance to perform abortions out of religious or moral beliefs mean a majority of abortions are still held outside of registered medical facilities.

Asked if he and the pope discussed the U.S. bishops, Biden said "that's a private conversation."
News
9 months ago

If we’re going to get biblical, life begins at ejaculation

As far as the tale of Onan in the biblical book of Genesis is concerned, life begins at the point of seminal ejaculation.
Sasa
1 month ago
WATCH: The latest news from around the World
by BBC NEWS None
World
02 July 2022 - 12:52