Trade Minister Ranil Jayawardena will sign the agreement with the Indiana Governor Eric Holcomb on Friday.

•The agreement with Indiana seeks to boost the £1.1bn ($1.4bn) worth of goods the state already buys from the UK.

•"With less than seven months to go it seems that this will be another broken promise from this government," the Labour MP said. 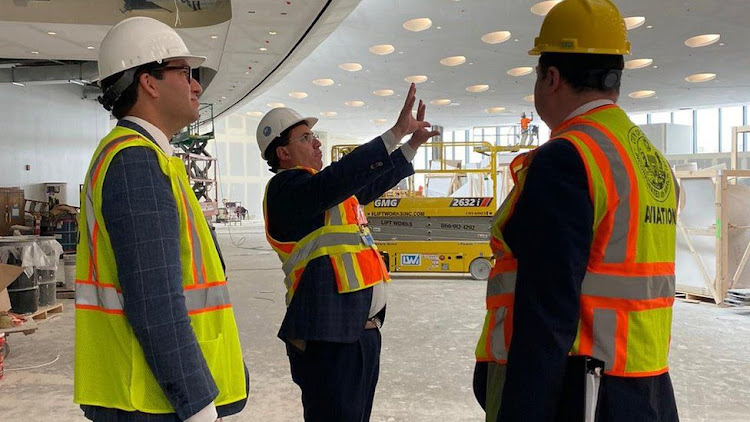 UK Trade Minister Ranil Jayawardena will sign the deal in the US state of Indiana on Friday
Image: BBC

The UK is to sign its first trade agreement with an individual US state, with more expected this year as it attempts to show post-Brexit progress.

The agreement with Indiana seeks to boost the £1.1bn ($1.4bn) worth of goods the state already buys from the UK.

Trade Minister Ranil Jayawardena will sign the agreement with the Indiana Governor Eric Holcomb on Friday.

But opposition parties said it was no substitute for a UK-US trade deal.

The UK government is looking to strike agreements with about 20 states after talks on a broader US-wide trade deal stalled.

International Trade Secretary Anne-Marie Trevelyan said the Indiana agreement "will help deliver value to UK businesses and support our areas of shared interest, such as levelling up".

Prime Minister Boris Johnson's government once saw the prospect of a trade deal with the US as a whole as one of the biggest prizes of leaving the European Union.

But hopes of a quick deal have faded since US President Joe Biden took office and raised concerns about the UK's handling of post-Brexit trade arrangements in Northern Ireland.

Instead, the UK's Department for International Trade is pushing for agreements with individual US states and cities, to help improve trade relations.

The agreement with Indiana is a memorandum of understanding (MoU), which is a document that sets out the key points of a non-binding economic partnership between two parties.

The UK says its agreement with Indiana - a Midwestern state - will remove barriers to trade and pave the way for businesses to invest, export and create jobs.

Opportunities in areas such as renewable energy, advanced manufacturing and pharmaceuticals will be available to businesses under the agreement, the UK says.

It says the agreement would also streamline procurement processes, enable academics to collaborate more easily, and ensure that professional qualifications were recognized on both sides.

In 2019, the UK was the seventh largest export market for Indiana, which has a gross domestic product (GDP) of about $350bn and a large manufacturing sector.

The agreement was the "first of many" the UK would sign "as we look to bolster our £200bn trading relationship with the US", Trade Minister Penny Mordaunt said.

Writing for the Conservative Home website, she said agreements with almost half of the 50 US states will follow, including Oklahoma, North Carolina, South Carolina, and Texas.

Usually trade deals with the US are signed at a national level, between central governments.

But the US government under President Biden has not made a firm commitment to a full free-trade deal with the UK, despite historic ties between the two countries.

"With less than seven months to go it seems that this will be another broken promise from this government," the Labour MP said.

Sarah Olney, Liberal Democrat MP and party spokesperson for trade, said the Indiana agreement "makes a mockery of the government's promise for Global Britain".She said Mr Johnson had "utterly failed to secure the US trade deal he said he would, being left to negotiate with one state at a time with his tail between his legs".

The SNP have been contacted for a response.

The situation in Northern Ireland, where a dispute over a post-Brexit trade deal has created a block on forming its devolved government, has been a source on tension between the UK and US.

The deal - known as the protocol - is a special arrangement that keeps Northern Ireland aligned with the EU single market for goods, avoiding a hard border with the Republic of Ireland.

The UK has proposed legislation that would allow ministers to scrap some of the rules governing trade between Northern Ireland and Great Britain.

But some US lawmakers, who must approve trade agreements, have said they would not support a trade agreement with the UK if its actions jeopardised the peace process in Northern Ireland.

Last week House Speaker Nancy Pelosi said she was "deeply concerned" that the UK was seeking to "unilaterally discard" the protocol.

Some opponents have repeated their calls for Mr Johnson to quit.
News
4 weeks ago
WATCH: The latest news from around the World
by BBC NEWS None
World
27 May 2022 - 17:16