•The Taoiseach told the BBC that Ireland and the European Union "do not want a trade war" with the UK.

•The government last week announced plans to override key parts of the Brexit deal within weeks. 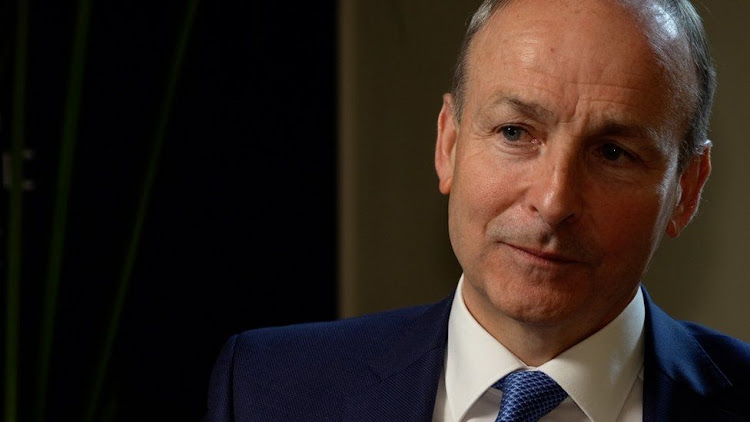 A UK-EU trade war would be "shocking" and "unnecessary", the Irish Prime Minister Micheál Martin has said.

He called on the UK government to "get into the tunnel and negotiate" over changes to the post-Brexit trade arrangements for Northern Ireland.

The Taoiseach told the BBC that Ireland and the European Union "do not want a trade war" with the UK.

The government last week announced plans to override key parts of the Brexit deal within weeks.

Boris Johnson's government agreed the trade deal with the EU in 2019 after the UK voted to leave the bloc.

In the event of the UK unilaterally abandoning agreed elements of the deal that create barriers on goods trading between Great Britain and Northern Ireland, the EU has the power to suspend parts of the entire post-Brexit trade deal.

When asked at the World Economic Forum in Davos whether the EU was drawing up plans to apply tariffs to politically sensitive UK exports, Mr Martin declined to "get into the detail of anything like that, because hopefully, that's something we don't ever have to contemplate".

"For now I'm simply saying, and I've been consistently saying get down there, get into the tunnel, UK government and EU, negotiate and get the technocrats in there," he added.

When asked why at this time of rising inflation the EU was pondering such a move, the Irish prime minister said it was only the UK making threats.

"The only unilateral move that has been made here has been by the United Kingdom government, which has threatened to tear up an international deal signed with the European Union," he said.

"That's the only threat here. And that's what's happened."

The taoiseach said a solution between the parties was "doable" and that French President Emmanuel Macron and German Chancellor Olaf Scholz "don't want minute checks on everything going into Northern Ireland - they want to resolve this".

At the World Economic Forum some of the world's biggest multinational companies have told the BBC they are already seeking reassurances over the possibility of a trade war between the UK and the EU.

Earlier this week the Polish prime minister Mateusz Morawiecki said "only Putin" would be happy with a disagreement between the EU and UK at this time, adding he was trying to "calm down the situation".

The UK's Foreign Secretary Liz Truss was in Northern Ireland on Tuesday, stressing that her priority was a negotiated agreement.

However, she has outlined plans to table legislation which would override key parts of the Brexit Northern Ireland deal within weeks.