•One of the country's longest-serving politicians, he promised voters "safe change" as he worked to kick out the conservative Liberal-National coalition which has been in power since 2013.

•Where ousted Prime Minister Scott Morrison is a self-described "bulldozer", Mr Albanese vows to be a "builder". 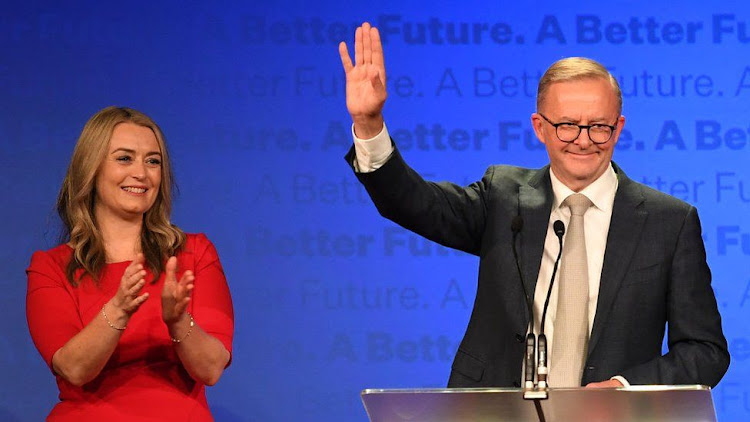 Anthony Albanese is set to become Australia's next prime minister after leading the Labor Party to its first election victory in almost a decade.

One of the country's longest-serving politicians, he promised voters "safe change" as he worked to kick out the conservative Liberal-National coalition which has been in power since 2013.

Where ousted Prime Minister Scott Morrison is a self-described "bulldozer", Mr Albanese vows to be a "builder".

After the pandemic, which saw Australian states cut off from each other and cities splintered by strict lockdowns, fostering unity is a top priority for the new leader.

"I want to bring Australians together. I want to seek our common purpose and promote unity and optimism, not fear and division," he said in a victory speech on Saturday night.

So who is Albo?

Mr Albanese has earned a reputation as a defender of Australia's free healthcare system, an advocate for the LGBT community, a republican, and a passionate rugby league fan.

The 59-year-old - nicknamed Albo - was raised in social housing by a single mother on a disability pension. He has often cited his upbringing as the foundation for his progressive beliefs.

Mr Albanese believed his father had died before he was born, but as a teenager he learned his mother had in fact fallen pregnant to a married man - who was very likely still alive - while travelling in Europe.

Three decades later he tracked down Carlo Albanese, flying to Italy to meet his father for the first time, and his half-siblings.

Mr Albanese said his mother, Maryanne Ellery, was determined to ensure he had opportunities that she never did. With her support, he became the first in his family to finish school and go to university.

He has said creating a better world for his own son, Nathan, is the inspiration behind his public life. Mr Albanese separated from his wife of 19 years in 2019 but partner Jodie Haydon joined him on the campaign trail.

Mr Albanese has been the Labor Party leader for three years, taking over after the shock election defeat of predecessor Bill Shorten in 2019.

But he has been a Labor Party stalwart since his 20s.

He worked in both federal and state politics before he was elected on his 33rd birthday to an inner-city Sydney seat in 1996.

In 2007, when Labor swept to power under Kevin Rudd, Mr Albanese became the minister for infrastructure and transport.

He remained an influential figure as the party entered a tumultuous period after it replaced Mr Rudd with Julia Gillard in 2010.

When Mr Rudd reclaimed the prime ministership in 2013, Mr Albanese's backing saw him elevated to deputy prime minister. However he only held the position for 10 weeks because Labor lost the election.

Mr Albanese then put himself forward to be head of the party. Despite being popular among rank-and-file party members, rival Bill Shorten had more support among members of parliament and got the job, becoming Australia's opposition leader.

But Mr Albanese's time finally came in 2019, after Mr Shorten lost two elections and was unseated as the Labor leader. 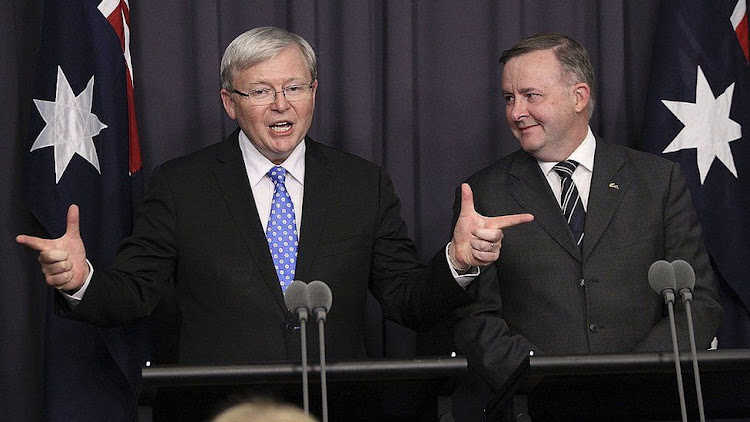 Mr Albanese has been a leading voice of the Labor Party's left faction, but since becoming leader he has positioned himself more towards the centre.

In the lead up to the election he was at pains to prove he is "not woke" - an appeal to more conservative voters who abandoned the party at the 2019 poll.

This has included walking back his support of more aggressive climate action policies while ramping up tougher rhetoric on China and national security.

He has also backed Australia's controversial policy to turn back any asylum seekers arriving by boat - something he once publicly opposed.

Mr Albanese has undergone a physical transformation in recent years, losing weight and debuting a new wardrobe, crediting a car crash in 2021 as a wake-up call.

He stayed true to his Labor roots, however, in promising big spending on the country's troubled aged care sector, cheaper childcare, and reinvigorating the manufacturing industry.

Labor has pledged to hold a referendum on enshrining in the constitution an Indigenous Voice to Parliament - an advisory body that would give Aboriginal and Torres Strait Islander people a role in shaping policies that affect them.

Mr Albanese opened his victory speech by reiterating this promise.

His other key pledge was to leave no Australians behind - referencing his own upbringing.

"It says a lot about our great country that a son of a single mum who was a disability pensioner, who grew up in public housing... can stand before you tonight as Australia's Prime Minister."

"I want Australia to continue to be a country that no matter where you live, who you worship, who you love or what your last name is, places no restrictions on your journey in life.

"I hope that my journey in life inspires Australians to reach for the stars."