Until now, it has stayed out of Nato to avoid antagonizing its eastern neighbor.

• Nato Secretary General Jens Stoltenberg has said he expects the process of giving Sweden and Finland membership to happen "quite quickly".

• An opinion poll last week put support in Finland for joining Nato at 76%, with 12% against, a big swing towards membership since before the invasion. 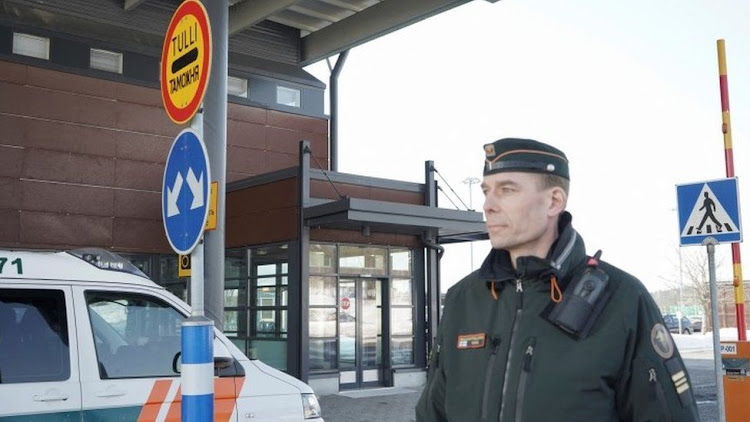 Finland has a 1,300km border with Russia
Image: REUTERS

Russia has said it will be forced to take "retaliatory steps" over its neighbour Finland's move to join Nato.

A foreign ministry statement said the move would seriously damage bilateral relations, as well as security and stability in northern Europe.

Earlier, Finland's president and PM called for the country to apply for Nato membership "without delay".

It comes amid a surge in public support for Nato membership following Russia's invasion of Ukraine.

Finland shares a 1,300-km (810-mile) border with Russia. Until now, it has stayed out of Nato to avoid antagonizing its eastern neighbor.

Finland will formally announce its decision on Sunday after it has been considered by parliament and other senior political figures.

Sweden has said it will announce a similar decision on the same day.

Nato Secretary General Jens Stoltenberg has said he expects the process of giving Sweden and Finland membership to happen "quite quickly".

The Russian statement (in Russian) described Finland's move as "a radical change in the country's foreign policy".

"Finland's accession to Nato will cause serious damage to bilateral Russian-Finnish relations and the maintaining of stability and security in the Northern European region," it said.

"Russia will be forced to take retaliatory steps, both of a military-technical and other nature, in order to neutralise the threats to its national security that arise from this."

However, Moscow has not specified what steps it plans to take.

"Everything will depend on how this expansion process plays out, the extent to which military infrastructure moves closer to our borders," Kremlin spokesman Dmitry Peskov earlier told reporters.

Russian officials were responding to a joint statement by Finnish President Sauli Niinisto and Prime Minister Sanna Marin, which said the two leaders expected a decision on Nato membership in the next few days.

"Joining Nato would not be against anyone. You caused this. Look in the mirror," he said.

An opinion poll last week put support in Finland for joining Nato at 76%, with 12% against, a big swing towards membership since before the invasion.

Finland and the USSR were on opposing sides in World War Two, with the Finns famously fending off a Soviet invasion in 1939-40.

But Finland lost 10% of its territory in the final peace agreement and remained non-aligned throughout the Cold War.

Its accession to Nato would more than double the length of Russia's borders with the alliance. Sweden does not have a border with Russia. 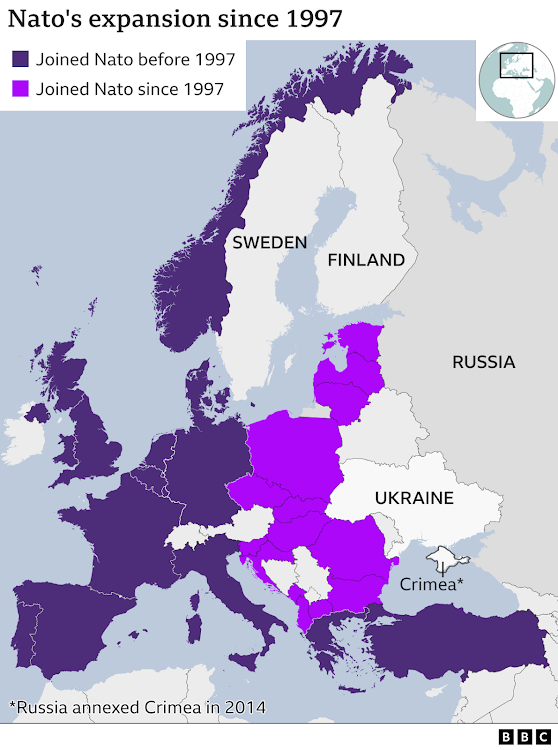 Finnish president will announce Finland's intention to join on Thursday.
News
1 week ago

UK agrees to support if Sweden were to be attacked

Johnson visited both countries to sign the deals, amid debate about them joining Nato.
News
1 week ago
WATCH: The latest news from around the World
by BBC NEWS None
World
12 May 2022 - 16:23