Demand for Pfizer's COVID pills lags around the world

Demand also has been hampered by the perception that Omicron infections are not that severe.

•Demand also has been hampered by the perception that Omicron infections are not that severe. 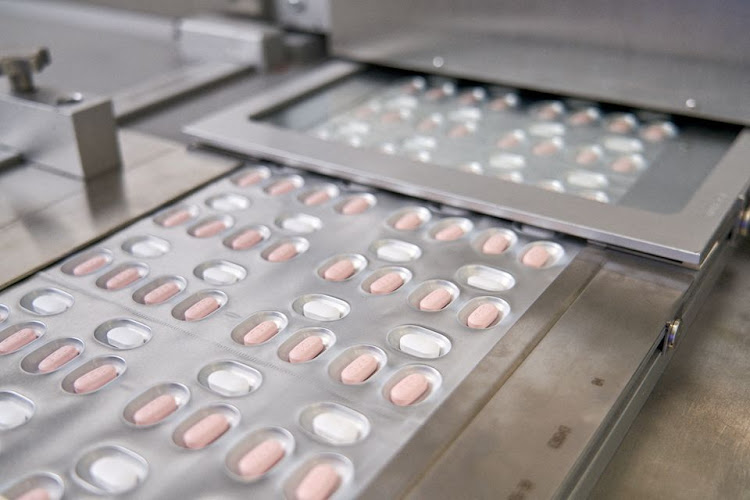 Worldwide demand for Pfizer Inc's (PFE.N) oral COVID-19 antiviral treatment Paxlovid has been unexpectedly light due to complicated eligibility requirements, reduced testing, and potential for drug interactions, a Reuters review of data and interviews with experts has found.

Demand also has been hampered by the perception that Omicron infections are not that severe.

Paxlovid was expected to be a major tool in the fight against COVID after it reduced hospitalizations or deaths in high-risk patients by around 90% in a clinical trial.

Thousands of people still die from COVID-19 every week, even as global infections are far off their peak. And there are only a few proven antiviral treatments, of which Paxlovid is the most attractive. The others are Merck & Co's (MRK.N) far less effective rival pill molnupiravir, and Gilead Sciences' (GILD.O) intravenous remdesivir.

But even amid a recent rise in infections, Paxlovid supply far outstripped demand in the United States, UK, Japan, and South Korea, data from health ministries and Reuters interviews with doctors and pharmacists found.

"We're just not seeing as many people coming in for testing," said Dr. Timothy Hendrix, senior medical director of AdventHealth Centra Care in Florida, which has more than 40 urgent care locations.

Hendrix said he had not prescribed Paxlovid in a few weeks. Eligible patients have turned down prescription, because they believe the Omicron variant causes mild illness.

Pfizer plans to produce up to 120 million courses of Paxlovid this year and expects at least $22 billion in sales from contracts signed through early February. The United States, which agreed to buy up to 20 million pills this year, making it the largest publicly known buyer, is paying around $530 a course, but prices vary by country.

Pfizer is on pace to produce 3.5 million courses earmarked for U.S. use by the end of April, the government said. Through the first half of April, U.S. data shows it has distributed around 1.5 million courses and that pharmacies still have over 500,000 available.

"Nationally, the number of COVID-19 cases is low and so too is overall utilization of COVID-19 therapeutics," the Department of Health and Human Services said in a statement.

Pfizer said it initiated talks with 100 governments for Paxlovid, and agreements are in place with 26 countries.

"Governments are trying to define their demand in light of the evolving landscape with Omicron, future variants and other antiviral options," Pfizer said. "This is a rapidly evolving situation and changes hour by hour."

SLOW ROLLOUT IN EUROPE AND ASIA

The Paxlovid rollout has also been slow in Asia, despite some countries hitting record infections recently.

In Japan, which has contracted for 2 million Paxlovid courses, the health ministry restricts use to facilities with a track record of treating COVID-19. At the end of March, just under 10,000 courses had been sent out, and 2,900 prescribed.

South Korea had received enough Paxlovid to treat 624,000 people as of April 17, and has used just about one third of its inventory, according to government data.

The UK has deals for 2.75 million Paxlovid courses. According to England’s National Health Service, it has been given to more than 6,000 patients as of April 9.

In Italy, which has been receiving around 50,000 courses of Paxlovid a month since February, about 8,300 people have been prescribed the pills. The Italian drug agency just started allowing general practitioners to prescribe Paxlovid in addition to specialists, which could increase use.

Pfizer Chief Executive Albert Bourla said last week that restrictions on who can receive Paxlovid have limited use in Europe.

"Right now we have some countries - some of them very big countries - that have dispensed a very small percentage of the quantities that they already have," he said.

Some U.S. pharmacists and doctors raised concerns that a turn to home tests over laboratory testing could allow high-risk patients to slip through the cracks because they are unaware they are eligible for Paxlovid or that it exists.

In Utah, where cases are low, Paxlovid supply is "really good and we can have basically whatever we want," said Erin Fox, senior pharmacy director at University of Utah

The university has 4 large health centers around the Salt Lake Valley, each with about 80 Paxlovid courses on hand, Fox said, adding that one day in April, they dispensed just two courses.

Paxlovid can interact with many widely-used medications, complicating its use. "It's a bit of a pain to prescribe, said University of Southampton Professor Paul Little.

Demand could increase if Paxlovid is proven to work in studies underway testing it in broader groups, including those at lower risk and the vaccinated.

Dr. David Battinelli, chief medical officer for Northwell Health, New York State's largest hospital group, said even if cases pick up, he doubts Paxlovid use would increase among the unvaccinated.

They either fight through it, he said, or, "they show up at the hospital."

The consequence of this will be a legal conflict, which is already taking place.
News
5 months ago

Factbox: Latest on the worldwide spread of the coronavirus

China's economy has grown faster than expected clip in the first quarter of the pandemic.
News
5 months ago

The announcement comes amid a surge of COVID-19 cases in parts of the world.
News
5 months ago

It contains lab-made antibodies designed to linger in the body for months to contain the virus.
News
5 months ago
Post a comment
WATCH: The latest news from around the World
by REUTERS Reuters
World
20 April 2022 - 09:24
Read The E-Paper