The company said the headlights issue was a result of human error.

•The company said the headlights issue was a result of human error.

•Cruise, which is owned by General Motors and develops self-driving technology, has been testing autonomous vehicles (AVs) in the US. 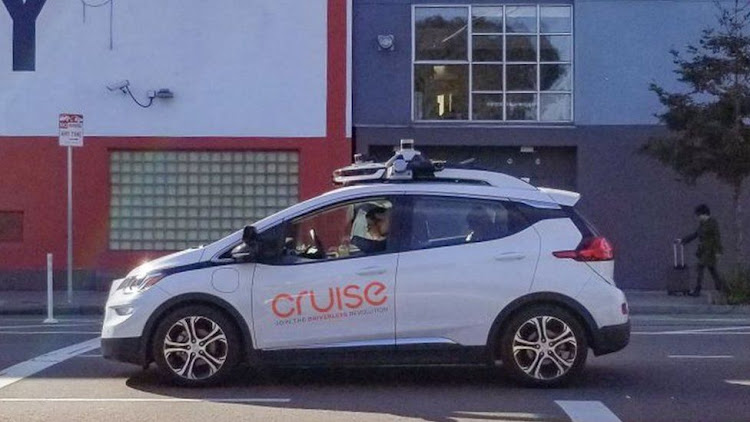 Cruise has been developing autonomous-driving technology

San Francisco police officers were faced with a new challenge after stopping an autonomous vehicle with no-one inside.

Officers approached the car, operated by Cruise, because it had been driving without headlights.

In the incident, captured on film, an officer remarks that there "ain't nobody in it" before the car moves to what Cruise said was a safer location.

The company said the headlights issue was a result of human error.

Cruise, which is owned by General Motors and develops self-driving technology, has been testing autonomous vehicles (AVs) in the US.

Earlier this year it started allowing members of the public who join a waiting list to hail free night-time rides.

Cruise tweeted: "Our AV yielded to the police vehicle, then pulled over to the nearest safe location, as intended. An officer contacted Cruise personnel and no citation was issued."

The company has produced a YouTube video for law-enforcement and other "first responders", setting out how they should interact with AVs.

It says in the video that the vehicles have microphones that can identify the sounds of sirens.

The "AV can detect lights and sirens so it will come to a stop".

The video explains that officers should call a dedicated phone number to reach the company's "escalation team" before approaching a vehicle.

"For example, the escalation team can do a number of tasks remotely, including unlocking the vehicle... and ensuring that the vehicle remains in a safe stationary position."

Welcome to the future. Cop pulls over driverless car (because no lights?) Then Cruise goes on the lamb. (via https://t.co/mtmsIeOAUP) pic.twitter.com/ecQ5xXuSnS

The law commissions for England and Wales and the Scottish Law Commission have called for legal changes to deal with self-driving vehicles.

The independent bodies, which monitor and review UK legislation, recommended that if anything goes wrong, the company behind the autonomous driving system would be responsible, rather than the driver.

Driverless car glitches have inevitably cropped up as the technology develops - including the experience of people living in a quiet San Francisco street, who were deluged with an influx of self-driving vehicles.

Other car giants, including Elon Musk's electronic car company Tesla, are working on their own driverless technology.

The new platform, which is advertiser funded, also includes an archive of every World Cup and Women’s World Cup match ever recorded on camera.
Sports
5 months ago

Jepchirchir okay despite missing out on marathon team to Oregon

The Olympic champion is due to compete at Sunday's Boston Marathon and says her tight schedule cannot allow her to participate at the World ...
Sports
5 months ago

Bakari comprised the gallant squad that punched furiously in the regional showpiece to fire Kenya to a momentous medal haul
Sports
5 months ago
Post a comment
WATCH: The latest news from around the World
by REUTERS Reuters
World
13 April 2022 - 09:48
Read The E-Paper