Will Smith resigns from Oscars Academy over slap

The Academy said it accepted the resignation, would "continue to move forward" with disciplinary proceedings.

• "My actions at the 94th Academy Awards presentation were shocking, painful, and inexcusable," his statement said.

• Smith slapped Rock over a joke about his wife's shaved head, a result of the hair-loss condition alopecia. 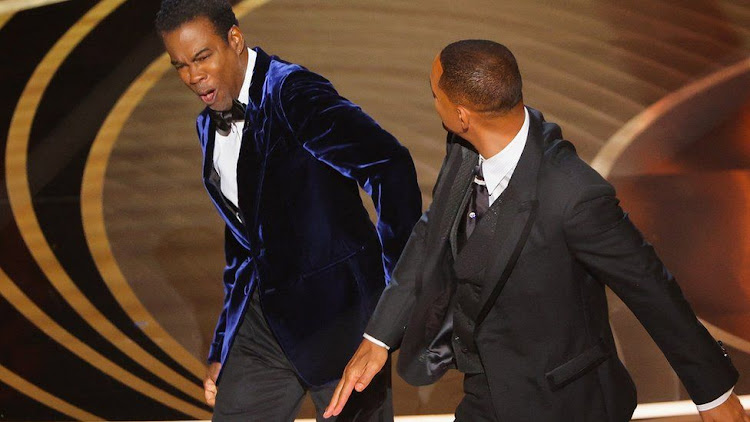 US actor Will Smith has resigned from the Oscars Academy after slapping comedian Chris Rock on stage during last Sunday's ceremony.

"My actions at the 94th Academy Awards presentation were shocking, painful, and inexcusable," his statement said.

The Academy said it accepted the resignation and would "continue to move forward" with disciplinary proceedings.

Smith slapped Rock over a joke about his wife's shaved head, a result of the hair-loss condition alopecia.

Less than an hour later, he was awarded the best actor award for his role in "King Richard", where he played the father of tennis stars Venus and Serena Williams.

"The list of those I have hurt is long and includes Chris, his family, many of my dear friends and loved ones, all those in attendance, and global audiences at home," Smith said on Friday.

"I betrayed the trust of the Academy. I deprived other nominees and winners of their opportunity to celebrate and be celebrated for their extraordinary work. I am heartbroken."

The Academy of Motion Picture Arts and Sciences, which organises the Oscars, is a global organisation with around 10,000 members.

Most people cannot apply to join - they must be nominated by at least two existing members. People nominated for an Oscar are automatically considered and do not need to be nominated.

Smith said he wanted to "put the focus back on those who deserve attention for their achievements".

He concluded that "change takes time and I am committed to doing the work to ensure that I never again allow violence to overtake reason".

The Academy's president David Rubin said it had accepted Smith's resignation, but would continue its disciplinary proceedings.

Rock addressed the episode during a stand-up show in Boston on Wednesday, saying he was "still kind of processing what happened".

The comedian, 57, who is currently starring in his "Ego Death" tour of the US, was greeted with a standing ovation by fans.

Rock had earlier decided not to press criminal charges against Smith, reports say.

Smith's wife, actress Jada Pinkett-Smith, broke her silence in a brief Instagram post on Wednesday, writing: "This is a season for healing and I'm here for it."

It comes as the Oscars organisers revealed that Smith was asked to leave after hitting Rock but refused.
Sasa
10 months ago

The authorities did not take any action because Rock declined to press charges.
Sasa
10 months ago
Post a comment
WATCH: The latest news from around the World
by BBC NEWS None
World
02 April 2022 - 17:48
Read The E-Paper