• About 90 per cent of adults have received both doses and more than 99 per cent have been partially vaccinated so far.

• The new group will be administered Corbevax, the country's third homegrown vaccine. 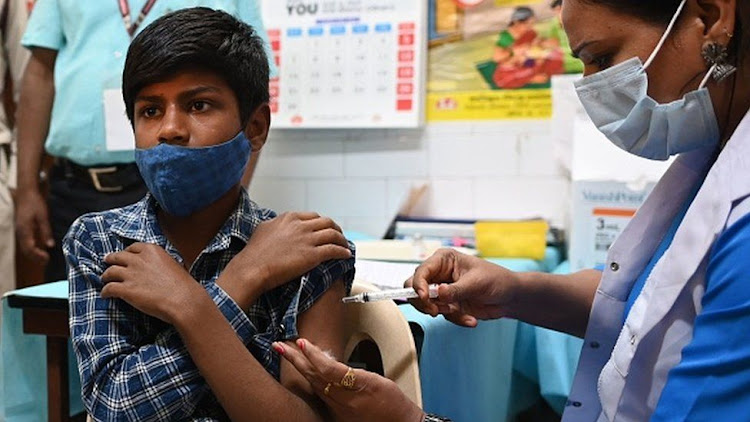 More than 75% of those in the 15-18 age group have received their first dose
Image: GETTY IMAGES

India has begun giving the coronavirus vaccine to children aged between 12 and 14 years, weeks after it reopened schools.

The new group will be administered Corbevax, the country's third homegrown vaccine.

The change will allow everyone above 60 years of age to get a booster shot.

Prime Minister Narendra Modi tweeted about the expansion in vaccine coverage, saying Wednesday was "an important day in India's efforts to vaccinate our citizens".

The country has administered over 1.8 billion vaccine doses since its vaccination drive began in January 2021.

About 90 per cent of adults have received both doses and more than 99 per cent have been partially vaccinated so far.

In January, the country began giving booster shots to healthcare and frontline workers, and those above 60 with comorbidities.

Since then, more than 10 million healthcare and frontline workers and another 10 million people aged above 60 have received booster shots, official data shows.

A vaccine programme for 15- to 18-year-olds also began in January - more than 75 per cent have received the first dose.

So far, India has reported nearly 43 million Covid cases, second only to the US, and more than 515,000 deaths - behind the US and Brazil.

The country is currently reporting cases around the 3,000-mark every day. It had grappled with a third wave, fuelled by the Omicron variant, in January