This could trigger a jump in global malnourishment, especially in developing nations.

•Russia is also a world leader in fertilizer exports.

•FAO said 50 countries, including many of the least developed nations, depend on Russia and Ukraine for 30% or more of their wheat supplies, leaving them especially vulnerable. 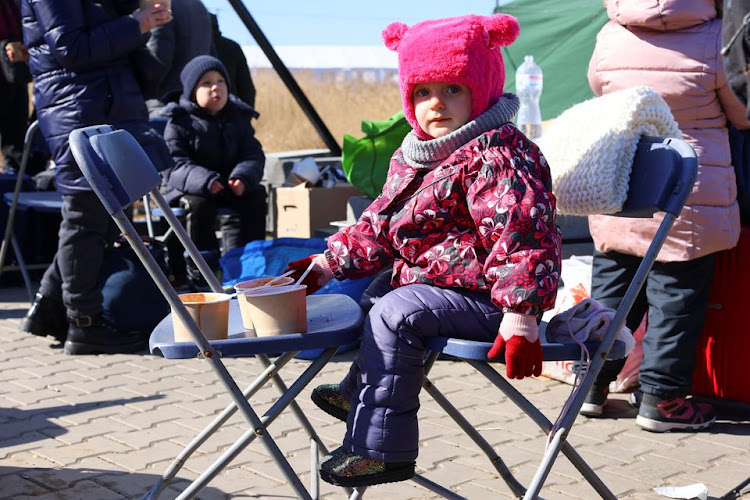 Rada, 2, eats after fleeing Kharkiv during Russia's invasion of Ukraine, at the border checkpoint in Medyka, Poland, March 11, 2022.
Image: REUTERS

International food and feed prices could rise by between 8% and 20% as a result of the conflict in Ukraine, triggering a jump in global malnourishment, the U.N. food agency said on Friday.

In a preliminary assessment of Russia's invasion of its neighbour, the Food and Agriculture Organization (FAO) said it was not clear if Ukraine would be able to harvest crops during a protracted conflict, while uncertainty also surrounded Russian food exports.

FAO said Russia was the world's largest exporter of wheat, while Ukraine was the fifth largest. Together, they provide 19% of the world's barley supply, 14% of wheat, and 4% of maize, making up more than one-third of global cereal exports.

Russia is also a world leader in fertilizer exports.

The body's food price index hit a record high in February, and looks certain to climb further still in the months ahead as the consequences of the conflict reverberate around the world.

Between 20% and 30% of fields used to grow winter cereals, maize and sunflower in Ukraine will not be planted or will remain unharvested during the 2022/23 season, FAO said, adding Russian exports might be disrupted by international sanctions.

FAO said 50 countries, including many of the least developed nations, depend on Russia and Ukraine for 30% or more of their wheat supplies, leaving them especially vulnerable.

"The global number of undernourished people could increase by 8 to 13 million people in 2022/23," FAO said, adding that the most pronounced rises would be seen in the Asia-Pacific region followed by sub-Saharan Africa.

Unvaccinated travellers who test positive for Covid to pay Sh3,500 for tests

No mandatory PCR test for those that are fully vaccinated.
News
10 months ago

"We urge all Kenyans to adhere to public health and social measures in public places," he said.
News
10 months ago

Over 200 items were included on the export suspension list, from cars, containers, turbines ETC
News
10 months ago
Post a comment
WATCH: The latest news from around the World
by REUTERS Reuters
World
11 March 2022 - 15:52
Read The E-Paper