It comes as nearly 48,000 new infections were announced in Austria, more than at any time since the pandemic began.

•Austria first introduced the law on 16 February but promised not to enforce it for a month.

•It comes as nearly 48,000 new infections were announced in Austria, more than at any time since the pandemic began. 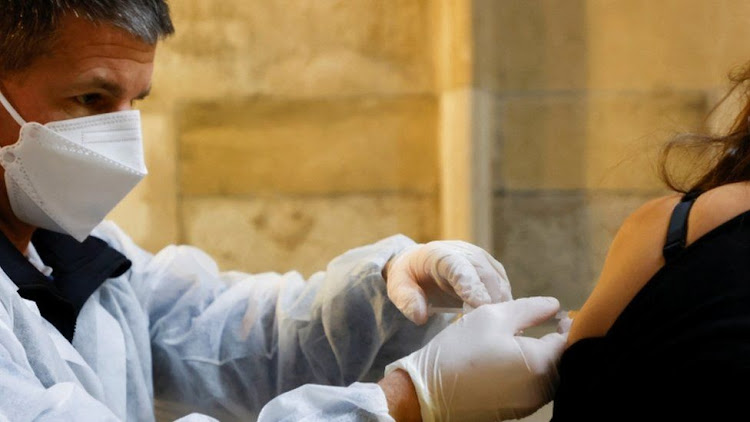 Austria has had lower take-up of vaccines than most countries in western Europe
Image: REUTERS

Austria has decided to suspend its mandate for compulsory Covid-19 vaccinations for over-18s, days before it was due to start enforcing it.

It was the first EU country to adopt the measure.

The government now says it considers it disproportionate to the threat posed by the Omicron variant.

Health Minister Johannes Rauch said the decision would be reviewed again in three months, and could be reintroduced if a new variant made it necessary.

It comes as nearly 48,000 new infections were announced in Austria, more than at any time since the pandemic began.

More than 2,500 people are being treated in normal hospital wards and 182 in intensive care, but the Omicron variant has not led to a surge in admissions as feared.

Austria first introduced the law on 16 February but promised not to enforce it for a month.

The plan was then to start fining those who were unable to produce proof of vaccination when asked.

But Constitutional Affairs Minister Karoline Edtstadler said a commission of health and legal experts had recommended a suspension.

"There are many convincing arguments at the moment that this infringement of fundamental rights is not justified," she said.

The mandate was introduced partly because of Austria's relatively low vaccination rate - 70% of Austria's 8.9 million people are double-vaccinated and 54% have also had a booster.

Like other European countries, Austria has been removing restrictions for vaccinated people.

Remaining restrictions, except for rules on masks, are expected to be lifted on 20 March.

98% of U.S. population can ditch masks as COVID eases -CDC

However, travelers required to wear masks on airplanes, trains and in transit hubs through April 18.
News
6 months ago

More than 18 million people have probably died because of Covid-19.
News
6 months ago
Post a comment
WATCH: The latest news from around the World
by BBC NEWS None
World
11 March 2022 - 11:02
Read The E-Paper